Lacuna Coil have been treading water for quite a few years but they seen to stay very popular. Andrea Ferro always these days seems to come second to diva Christina Scabbia who is wearing the tightest pair of trousers I have ever seen in my life tonight, I have no idea how she ever got them on. Andrea needs to do more in the band, he is left standing around twiddling his thumbs and wandering about for half the set, but when he does sing it really enhances their sound. I really liked this band when they first started out where their music was more gothic, but these days they are sounding very Nu-Metal. I think they have taken influences from Disturbed and Drowning Pool and added it to their sound. I think sometimes these days they are a little too predictable and haven’t really put a lot of effort into their song writing they just seem to be going through the motions. When they introduces certain songs like ‘Trip to Darkness’ with little gimmicky sentences it comes across badly and what they are wearing doesn’t really go with their music. Boiler suits worked for Slipknot but not the ideal uniform for a Gothic Metal band. They do have a loyal fan base and they were put on this bill to sell tickets and make sure it was a sold out venue and they really do their job. In the set their a few redeeming moments some of the drumming is quite superb and Andrea vocals have gotten really good over the years but there isn’t much else I can praise them highly on. They just didn’t seem like they were out to impress and with a tour coming up and this being a big show for them. I would have liked to see just a little more.

————————-
I don’t Believe in Tomorrow
I won’t tell You
Kill the Light
Heaven’s a Lie
Fragile
Our Truth
Upside Down
Something More
Trip the Darkness
Spellbound
Marilyn Manson there is a lot of anticipation for tonight’s show with Manson not playing in London for quite a few years so the crowd outside is long and the tickets are going for expensive money. The last few times he has been in the UK he has been criticized for his performances, saying that he was just going through the motions and didn’t want to be there. I personally thought the albums he was touring with at the time ‘Eat Me. Drink Me’ and ‘The high end of Low’ were both very personal albums and he played them out in his live show in a very personal way showing parts of himself that had never been seen before. People don’t always get that not everything is has to stay the same forever they always want something that feels comfortable to themselves. The curtain falls to reveal the band in scary masks creeping round the stage like marionettes of the dead. They break out into new number ‘Hey, Cruel World…’ to a frantic crowd of Mansonittes, who are dressed in make-up and matching black attire. The masks are very intricate and intriguing and bring out each members character with every mask being what they thought their dark side would be. He is still playing with dress wearing original bass player Twiggy who is now taken on guitar duties in the band, sadly he is no match for previous guitar players John 5 and Tim Skold. He does a good job though tonight smashing through the songs not caring about the occasional wrong note but it is not like in anyway watching a guitar hero. Manson is still a figure of menace and the old songs still sound as good as they always have, so when they burst into second song ‘Disposable Teens’ there is a mass surge and a lot of jumping around by the crowd and band. He has upped the anti since the last tour with more props like a gun that blows out a violent gust of air for ‘Love Song’ which is pretty cool and a massive umbrella that keeps the snow off him while he stands under it trying to look menacing. Last single ‘No Reflection’ is already a cult hit and is slightly more Erie than some of his previous slow songs but the lack of the ‘Mobscene’ girls is a little bit of a loss but it is fun watching Manson trying to do it himself, but it does look more like he is trying to do a Hitler impression instead. In the song ‘Dope Show’ see’s himself living out his Elvis dreams. Manson is really back to his old form with amazing versions of ‘Slo-Mo-Tion’ and ‘Pistol Whipped’ of the new album ‘Born Villain’ which really take a new light in tonight’s performance. On the album the final versions were a little bit iffy with them sounding more like demo versions, but live they really come out of the shell. This show that he can still write great rock songs and that he hasn’t lost the ability. When Manson strums his guitar for ‘Pistol Whipped’ he murmurs out the beginning lyrics until he goes into an onslaught attack. The words to this song are some of the most hard hitting that he has wrote in years and it really hits you at the power he has as an artist, but for me classic ‘Antichrist Superstar’ number ‘Tourniquet’ is the highlight of this evening being as evil and tormented as when he first wrote the song in the 90’s. He closes with another three songs from this album in question and does them in the style they were first done in with the podium for the title track from the album. This is Manson at his best the king of Goth Rock is back and he is here to make you his bitch.

Guardian Alien: Part 2 of ‘See The World Given To A One Love Entity’ video 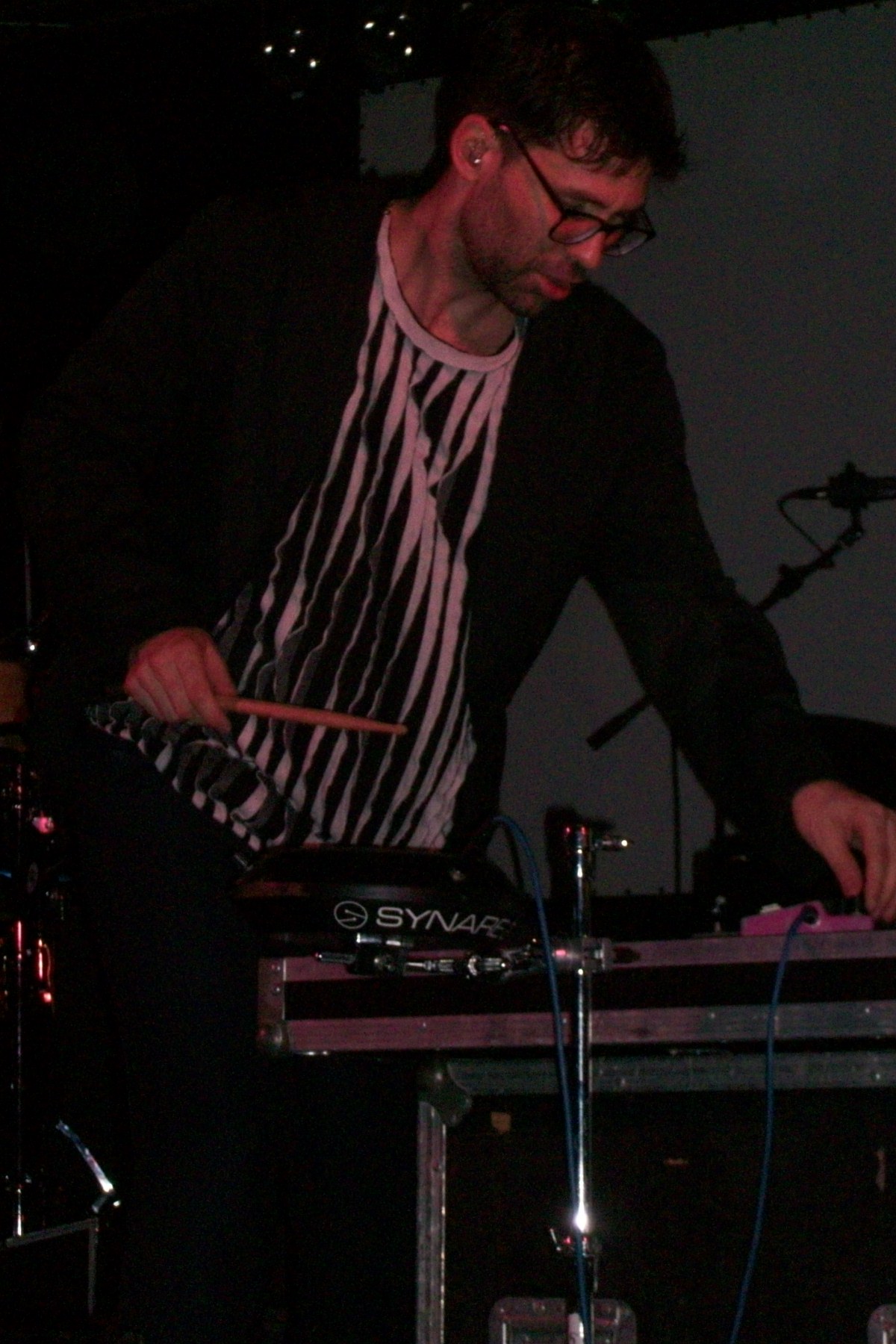