Eugene Twist – The Boy Who Had Everything 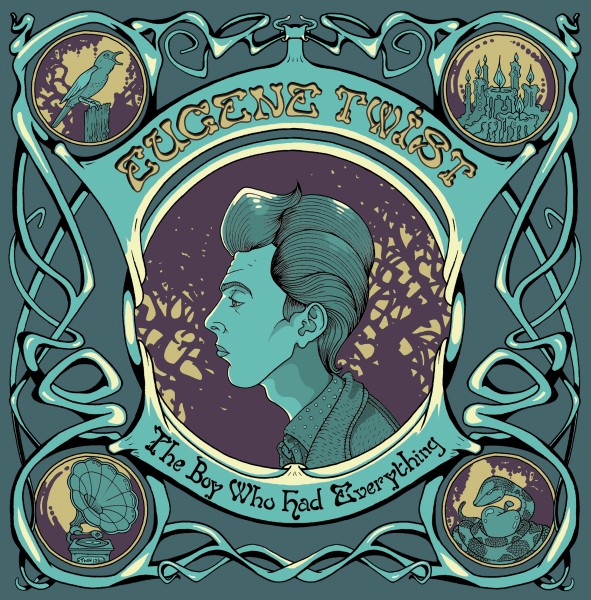 Although I’m normally toxically averse to singer-songwriters, I’ll have to admit surrender. Eugene Twist is singer-songwriter to the nth degree on ‘The Boy Who Had Everything’, but in all honesty, his songs are so accessible in that rare and appealing way that means that you can immediately relax and smile to a collection of songs that are just as well-thought-out and rewarding as they are welcoming.

What is perhaps most telling is the diversity on offer. Twist is clearly at heart a purveyor of the lush popular music that has been successful time and again, but he doesn’t just stop at copying The Beatles, say, or Leonard Cohen. Instead, there are fragments of a diverse musical taste detectable among the general young-man-with-guitar sound. Opener ‘If There’s Love Where I’m Going’ is a heated, jazzed-up affair that really sends to album off to a flying start with its attention-grabbing trumpet squeal that leads into a series of killer hooks that marries smooth lyrical pop with flashes of a sound that could almost work as a Bond theme that gets more and more intense until it bursts into a wild horn section instrumental that matches the romanticised, energetic narrative. But on the other side, ‘Talk Of Roses’ is a mournful, stripped-back track in the verses with a set of lyrics that border on the gothic as they detail lost love, and this track expands via overdriven guitars, conga-type drums and subtle organs to a beautiful mix of 60s garage rock/psychedelia and the old pop ballad of loss that really hits the heartstrings, albeit in unusual ways.
The body of the album is of course well-crafted singer-songwriter numbers that, while well-orchestrated and played with a solid degree of musicianship, really are there to showcase Twist’s incredibly soulful and warm voice, and his way with words as he crafts miniature stories or portraits of emotion, like the bluesy silken song ‘It’s Down To You’ that lays down echoes of soul and a softer version of the Rolling Stones’ bluesy rock to create an evocative backdrop for Twist’s beautiful voice and words. This segues smoothly into the Danny Elfman-esque tones of the title track, a crooned, stately and almost gloomy waltz that also holds a tongue-in-cheek humour amid the sonic melodrama and finesse. Later on, the sunny piano hook of ‘Three Dear Words’ leads us into another song that exists to really showcase Twist’s ability to both write a rewarding song, and to then sing it with such conviction and skill as to turn a love song into a piece of art much greater. Closer ‘Actress On A Mattress’ too, while it perhaps loses some of the momentum that gives the album its spark that sets it apart, is a quiet, subtle song that is erotic in that charming manner where the lyrics find eloquent ways to express sensuality that could easily trip over itself but amid the string section, slide guitar and flawless voice could melt the heart of many a cynic.

‘The Boy Who Had Everything’ does have its flaws, yes, the main one being that it occasionally becomes so wrapped up in its own little world that it becomes a little directionless, but at the same time it is this timeless, oasis-like quality that sets it apart and lends the quality a soul of its own. As far as unabashedly accessible singer-songwriters go, I don’t think I’ve ever found one who’s captured my ears like Eugene Twist, who could yet convert the “beige wave” of those who like their music chilled-out and welcoming to listening to at least one decent artist.