Its been a rare thing to have a few days where the sun burns skin and drys everything up, so as if it were pre destined, the best of the summer weather happened for the best of the summer festivals, and Camp Bestival became the hottest place in Europe ladies and gentlement – it was a red hot, scorchin’, clothes discardin’, drink-a-quaffin’ lotion-a-rubbin’ epic of a music festival, and everyone was well up for it. (that hottest place bit – just made that up:)

I’m sure that the distance from the car park to the tent area gets longer every year, but as if things could’nt get better – Camp Bestival (CB) only have a fleet of festi-taxi’s to drive us down them dusty trails in style yo, right to our nylon palace foundations – for a small fee I might add, but well worth it.

We pitch up under the big tree, so named as it is, yes – big and covered in the leafy folliage. This tactical move is a preventative measure aimed at keeping my milky white exterior cool in the morning, as I will be sheilded by said big tree. This plan, works like a treat.

After pitchin up, we have a stroll around and find many food trucks, festival shops, tea and toast wagons – you name it ladies and gents and it was here – and this is’nt even the festival yet – weez in da camp site propa!. The choice of food is huge, and breakfast can be as easy or as major as you feel. We opt for toast and a cup of purest beans (in a cup no less).

Before I go any further, I’d like to point out that throughout my weekend with CB, neither me or my chummies had a less than good meal from any of the fine establishments we ate at, a far cry indeed from greasy burgers and 1 rasher bacon roll……..

Thursday is a quiet affair, so we use this time to find out feet and locate all the nice bits and bobs CB has on offer.

Friday; is a very hot day, with a need to soak up factor 50 and doth a rather sensible cap. But still, some disregard good practice and march forth in small shorts, ‘kini tops and other ‘small’ summer essentials.

We enter the arena area and see that the Big Top is in full movie mode treating a few hundred kids to Kung Foo -wat-nots, flags are flying all over the site which gives a very cosy feel to the place, that and the fact that there are many, many comfy sofa’s and stuff laid around to crash on.

Further in and the ever present feris wheel is in its usual lodgings surrounded by yet more amazing food type cabins, each with a pretty face smiling out.

We head for the main stage as we is street an check out whats goin’ on. Today is a very pop/ chart kinda day, with a massive amount of pop/ chart bands. We find during the day that most of the bands are indeed pop/chart, and have as part of there band a lot of really good looking girls – so that keeps all of us very happy. The heat is still roaring down on us, but there are many shaded places, tents etc and even the Dingly Dell – the place in the woods where the fairies and strange people live. We saw one guy dig holes looking for sticks, then pile them up – he was’nt part of the staff or nufink, just a crazy old fool, with a passion for stick piling!

As the early evening drops in, several charming bars, and areas of entertainment start to shuffle open. Now I must point out that these ‘other’ places are not tents – as such, we have Bollywood, yes this is a tent on the outside but on the inside this is a Turkish paradise all decked out in plush carpets, drapes, lighting and other such tasteful accessories. The ‘Hall of Mirrors’ ((?) I think), this is a purpose built round 50’s style American, round dance hall with its own bar and several booth areas, this is a great place to get your dancing trainers on a give swing an’ jive a bit of a go – and mostly to live swing an’ jive bands……. how cool is that!

Back to the main stage and Hot Chip take the Friday night headline spot and give a good funky-come-dance’ish set which gets the crowd bouncin’, and raises the temperature around the main arena by 20 degrees!! thats a whole lot of dancing.

Saturday is another fine morning if a wee touch on the breezy side. Breakfast is full and English and tasty, with a cup of blindin’ tea and a bit of choccy cake to finish. I love breakfast, and the sheer amount of variety of tasty eats makes my tummy go bump!. We head into the main arena and watch Dick and Dom, they are a true funny pair and have gathered a massive audience for this time of the a.m., I am impressed, so much so that i grab an ice cream and settle in for an hour or so. As the bands get going it proves that today has got a vibe of its own, where as yesterday was all about the Rizzle Kicks and Stooshie, todays has gone all to funk and we’re heading for a full on 70’s shmooze and a hard line groove.

But first, we take a walk to the Kids Fields. Ok, there are loads of kids things in the Kids Field, but there are also loads of awesome stuff for the old types like me…… for instance we have the Literary Tent, where the art of the spoken word is taken to new levels, with chants of childhood and fun right the way to a more sinister angle bringing in drug use and knife crime – this may sound a bit full on, but truely it must be one of the most engaging forms of art I have ever experienced. Go see. You like.

There is also a helter skelter, an oldy worldy carousel, big double swing sets, make stuff tents (where you get to make stuff), a make cakes stand ….. we could go on for a long time. There were also these Indian Fakir chaps who provided a touch of eastern magic with feats of strength and endurance, but had to be seen.

Its not long before the main arena is all a thumping and I head on over to see 70’s disco sensation Chic take to the stage in a pure white get up, looking and sounding as sharp as ever. My ass is ready to shake and Chic provide the funky juice to get me started, the crowd agree. Following on and after a thumping pumpin’ (in a disco sense), its only Mr Kool, and his friends from school i.e. The Gang. These good ol’ boys have been shaking their crazy shee for over 4 decades, but they must be using a monster amount of Oil of Oly, cos they dont look that old at all ladies and gents, they look about my age – I aint that old. Yet. Nevertheless, these guys are bustin moves all over the joint in a Jackson 5 stylee all to the screams of the paying punters.

Discos thump away till the wee hours, but my old frame can only keep on keepin on till about 3am before I need to rest my bones.

Sunday comes way to fast and theres a little sadness in the air as the last day of CB 2012 draws in. We spend our time doing as much as we can. We visit the Dingly Dell for a forest walk, the Kids Field to check out as many activities as we can, the inflatable church, we watch 2 kids beat the living out of each other with 2 feather pillows and we even go to see the Wall of Death; let me explain. If you’re an oldy foldy you’ll know the wall of death, if you is all young then the wall of death is like…. well google it, its the coolest, scariest, and proper crazy thing I have ever seen, and I’ve seen a lot kids.

It certainly does take a long time to get round the whole site, and remember folks this is the smaller brother of Bestival who’s a good 3 times the size!! the day passes by with mucho fasto, so we try and savour some of the other tasty treats we had missed. So, Scallops – check, and massively expensive burger…but! this is one hell of a burger and well worth the pennies, a good eat and a lot of cow for one man.

The bands roll by, Dub Pistols & Scroobius Pip bring the tunes and get all them out there ready for tonights headliner who is none other than that Manchester lot, famous for drinking (aherm), partying, making bad decisions and getting old un-gracefully; indeed its the Happy Mondays (on a Sunday). The evening is starting to dull, and the groovy tunes take hold. Bez does his thing and everyone goes mental, shaking his trade mark maraccas and doing the dance – the one most poeple about 40 do. The band sound great, tight and well rehearsed. But….. in im opinion Mr Rider has lost some of his mojo and it feels he may not be totally into it. Which is a great shame, and a bit sad.

Looking back, CB has been totally awesome as it always is and I would recommend this festival to everyone – there is so much going on, you’d never be close to being bored. And if you were, well, you just were’nt trying.

All my thanks to the guys and gals at getinvolved for having aaamusic back again this year (thats 5??), Cheers Aidan, Stevie, Kate and get well soon Bruce. See you all very soon :) Big Hug 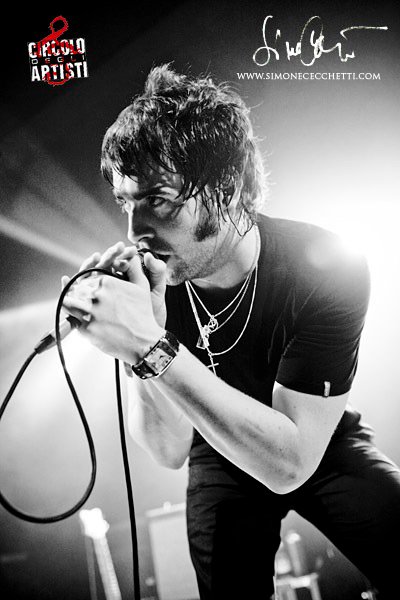 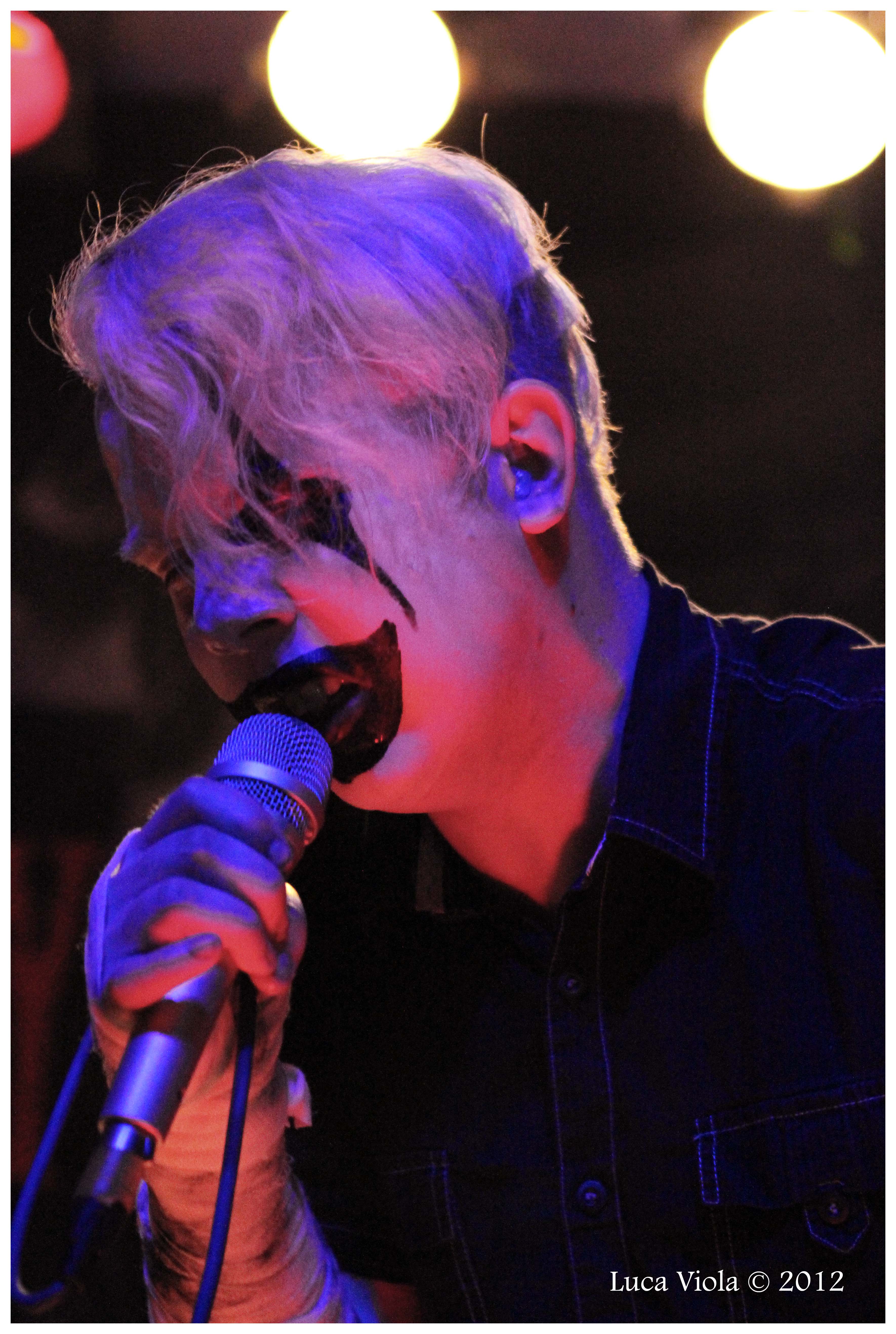