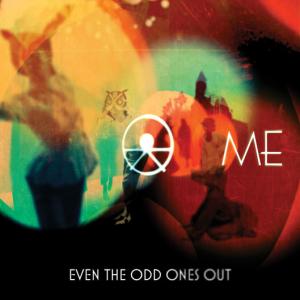 One must wonder what makes an album “soulless”. Because the obvious answer is a sterile, overly
perfect recording atmosphere but sometimes that doesn’t really work. No-one looks at Sgt Peppers’
studio honed perfection, for example, and decries it as soulless. Ditto Dark Side of the Moon, or any
of the early Muse albums, hell, the latter band’s own Time Is Running Out even has chords that are
put together by recording each individual string separately, if that doesn’t sound sterile on paper
I don’t know what does, but it works astoundingly well on record. Does anyone feel that Martin
Hannett’s tendency to record drum tracks one piece of the kit at a time was lacking in spirit? Of
course not. So I feel that an album that truly can be called “soulless” is something very intangible
indeed. It’s also, most likely, very subjective. Which is a kick in the teeth when one is called to review an album when the only thing they can really say about it is that it’s soulless, which is the problem that stands before me in the form of this, the debut album from Melbourne based rockers ME. It’s absolutely base. It’s incredibly meh. It has ambition in spades and the songs reflect that, but when you have more ambition than hooks, or even genuinely memorable songs, then it’s a miracle that it stays within the realm of dull and not into straight out annoying.

Coming across like Muse with a more obvious hard on for Queen, ME make astoundingly ambitious
rock and roll as likely to incorporate an orchestra as double pedalled drums and million note
a second guitar solos. Make no mistake, this is an album by a talented bunch of people, the
musicianship is uniformly impeccable and far away the best part of the record, in many ways the
MVP of this album is guitarist Damian Tapley, whose sensational work on the likes of Their Favourite
Colour is most likely what stops this album from being deeply annoying. The rest of it does not
help, however – singer Luke Ferris has Matt Bellamy’s range and power but absolutely none of his
expressiveness, meaning everything he sings seems to have some infuriating raised eyebrow over
it, nothing seems sincere in an album where everything is far, far over the top. Which is a very, very
bad combination, I’m sure you’ll agree.

This is not to say that there are no positive things about the album, it’s not even to say that this
band has no hope of producing good music; the climax of the aforementioned ‘Your Favourite Colour’
is very exciting indeed and the opening ‘Hoo Ha’ is an actually pretty marvellous slice of music-hall
metal if you ignore the slightly synthetic sounding orchestra. But good-bordering-on-great moments
scattered few and far between doth not a good album make. If you thought the new Muse album
was kneecapped by the amount of electronics it had then this might be for you, but if you’re a fan
of Muse themselves then you’ve essentially heard this album done before but with an abundance of
identity as well as ambition, rather than just the latter. A disappointment then, but if they can pull
off this kind of spectacle live then they might be well worth checking out in that forum, as it is, their
debut album should only attract their die-hard fans. I’m sure they’re out there.

DESOLATION YES! – Out Of Orbit