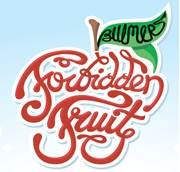 Dublin city’s award-winning FORBIDDEN FRUIT festival launches its third edition this June bank holiday weekend with another knockout music bill and its biggest headliners to date – Saturday will be headlined with indie-rock behemoths KASABIAN, Canadian alt-electro duo CRYSTAL CASTLES, and post-dubstep producer and singer JAMES BLAKE, whilst the Sunday is headlined by two the most influential acts of the last few decades –  rock/dance/soul demi PRIMAL SCREAM and disco legends CHIC supported by a smattering of quality alt electronic acts including FOUR TET.

FORBIDDEN FRUIT continues to be a music- lovers dream. Come join us and take a bite.

With the widest variety of top notch international and Irish acts, old and new, covering all the best types of music – indie rock, electro, disco, reggae, folk, hiphop and everything inbetween crammed on 4 stages over 2 days, this festival provides a line-up that will knock your socks off.

With this music line-up, gourmet food that is out of this world, side-splitting comedy, free buses to the festival and some new, unexpected twists along the way, Forbidden Fruit is the finest reason to spend a Bank Holiday weekend in Dublin. Tickets for the non-camping festival are very affordable, starting from just €44.50 (inc. booking fee) for one day early bird tickets (EARLY BIRDS ALL SOLD OUT). Full details below:

With an NME Best British Band 2012 award and four albums under their belt, KASABIAN will headline the main stage at Forbidden Fruit on Saturday night – a relatively small festival for an act who headlined Reading Festival and T in the Park amongst others last summer. The indie rockers promise to bring the audience to new heights with their ripping guitar riffs and raging onstage presence.

CRYSTAL CASTLES will also take to main stage in Kilmainham to showcase their signature experimental electronic beats. Having recently been nominated for NME Best International Band 2013, a new album on the shelves and a string of international dates, the duo is sure to thrill existing fans and show the newbies what they are all about.

The legends that are PRIMAL SCREAM know how to create a storm on stage. The critically acclaimed rockers are due to release their new album ‘More Light’ this year.  Their recent single ‘2013’ is taking the airwaves hostage, so if this is anything to go by Primal Scream are going to pull some very big new music tracks as well as classics out of their Forbidden Fruit bag.

Following their much lauded performance  festival appearances,  the irrepressible CHIC are back! The Grandfathers of R&B and funk with frontman Nile Rodgers, bring a disco powerhouse that will freak out the Forbidden Fruit goers.

DAPHNI aka Manitoba aka Caribou.