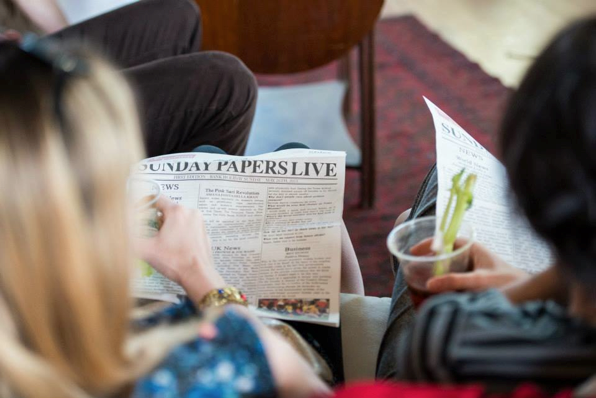 If we could eradicate all recreational drugs overnight, should we?

Dave will be exploring neuro-psycho pharmacology, Jamie will be chatting about the evolution of consciousness, Mike will delve into the mind-boggling juggernaut of global distribution and Rachel will remind us all of the inhumanly high cost of production in its current form. The point of this discussion is to raise the level of conversation around this critical global issue, avoiding outdated debate traps, in typically interactive and spontaneous SGP style.

To explore this year’s art & expression theme Secret Forum reached out to some world authorities on the supernatural, the inexplicable, and the irrational; and struck gold.

David Icke – as previously announced, will present a talk in his own inimitable style

An experimental interactive Town Hall meeting, where we bring together figures from the coalface of UK Activism for an apathy-smashing discussion on how to change the world. To include: Ed Howker & Shiv Malik. authors of the Jilted Generation; Trenton Oldfield – arrested for interrupting the Boat Race;  Sophia Al–Maria – artist, writer, film-maker; David Babbs of 38 Degrees, plus more TBA.

Set in an oak framed canvas hall, with white linens, bread ovens, chandeliers and table service, Soul Fire is the calm before the storm…

At 6pm it’s time for the evening dining extravaganza –  finest attire is encouraged, whether it be superman costume or Gatsby gowns. The team of very lovely waitresses and waiters attend to your every desire. Three courses and a fine wine list. Anexperience recommended for all Gardeners heading into the night. For Sunday,the traditions of the roast are on offer. Soul Fire uses the finest produce for this.

Head Chef Charlie Nicoll weaves his magic on a daily basis at the much-celebrated Moro restaurant onExmouth Market, having recently left a position running private dining for Sothebys. To celebrate our fifth anniversary this year we will be bringing in some very special chefs to join in the fun…Details to be announced soon.

The incredible team of Bombas& Parr will be creating their exotic summer flavoured cocktail desserts.

Wander off the beaten track where the air thickens like a plot, and join a world of mystery and opulent splendour – with cocktails sweeter than sin, delectableconcoctions, divine delights, The Master and The Margarita, and secret alchemy with Lounge Bohemia. These will certainly be nights to remember…. or perhaps forget…

Across the site this year there will again be a wealth of perfectly formed pop-up parties.

In a smoky room at the back of a dark bar with glittering lights writhes a Sweaty Lingerie Party. With protagonists decked out in lace, latex, sweat and smiles. They move to the music as more people dance into their midst.

At the Virgin Baptism spritely young SGP virgins will be crowd-surfed by sparkly veterans into the lake. Those young virgins arriving on Thursday will be embroiled in a Pagan Celebration in the Badger Woods as their initiation into the ways of the Garden.

The Bad Luck Ball  will be a place of lone magpies, of walking under ladders, of new shoes on the table, umbrellas held aloft indoors, andsome of the cream-of-the-DJ-crop making you move.

The Eclipse Party will pop the cherry of the new lake on Saturday afternoon. Fabulous fifties, swimsuits and polka dots. Actualreal-life synchronized swimmers will perform for your viewing pleasure.

The Apocalypso is an art-car-boat-bar. With tropicaltunes whistling though her sails, she is filled to the gunnels with rare and spirited cocktails and crewed by future pirates.

Elsewhere the Wonderland Collective are teaming up with Bristol’s own Happy Daze for a dazzling glitter-filled party. White Mischief will be throwing one of their extraordinary vaudeville affairs somewhere on site whilst Rebel Bingo are bringing their brand of bingo debauchery for a secret session. Disco Knights will be laying down the beats with the Gypsy Disco crew, Fleet Macwood will be going their own way and wanting to be with you everywhere somewhere on site.

Come play with us this summer… 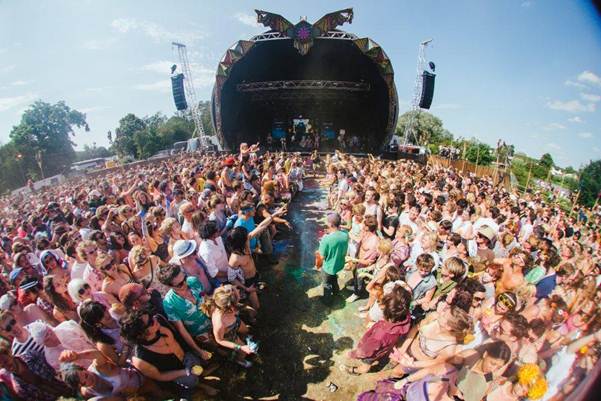 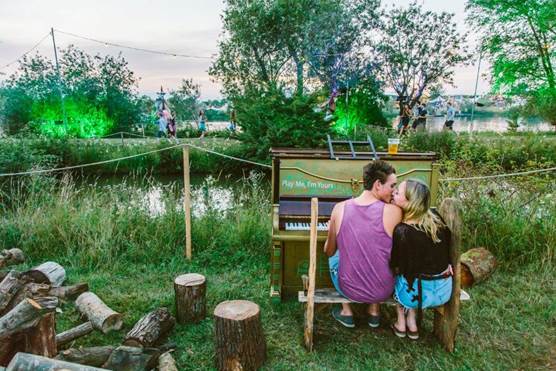