EL MAY – The Other Person Is You 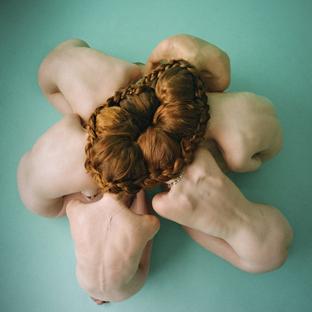 Contrary to popular belief, self-centredness can be harnessed artistically absent of arrogance or hubris.

Write about what you know, we’re always told, sometimes our tendency to hide in the alcove of forced modesty blinds us from tapping into inspiration. On her sophomore release songwriter Lara Meyerratken basks in the glow of the self by way of assassinating and ripping apart the world that pivots on her axis. An album not overly ambitious or boundary crossing, for the most part these songs are simply constructed, but benefit wholly for being so. What makes The Other Person alluring is the overarching theme of reflection, not in the way Arcade Fire grandiosely disintegrated the concept circa 2013, but through subtle documentation of El May as temporal and genuine as her life experiences have been thus far.

Opening track ‘Took it on the Mouth’ was my first experience on the business end of El May and I picked up two things primarily. The sheer amount of combative imagery grounded me immediately considering this is not a break-up album. Never snarling or bitter, talks of “laser eyes straight course from your high horse” are laid on a cot of buoyant harmonies and shimmering melody. Similar to what Jenny Lewis set out to achieve earlier this year, Lara refuses to show a dent of fragility on this track.

Though on the softer numbers, the vigour of her resilience is belittled by an under enthused vocal performance that unfortunately bundled with the brand of bubble-gum pop that El May channels of tracks like ‘I Played a Role’ or ‘Diamond, Girl’ – a track where what little commentary there was is immediately denounced by limp funk guitars that belong on the bottom end of La Roux mix. I wasn’t convinced by the pseudo-beach party vibes that were exchanged for the lush harmonies and rich storytelling demonstrated on other tracks.

Take ‘Science’ for example. It’s El May at her most defiant and exuberant. A constant country jive resonates throughout Lara’s resolving tale of a tumbling relationship because even when wrestling with these played themes, El May’s lyricism trumps the supposition that love songs are worn out.

Lyrical proficiency is this album’s most engaging dimension. Challenging symbolism seeps out of, notably, ‘My Policeman’s an Addict’, a track where we see a rectified Lara settle qualms with an old flame brushing the canvas with pictures of “bringing the fire to the moon”. Lacking the insight to decipher it, my analysis went as far as recognising an off-kilter homage to Sgt.Pepper’s not only in the abstract imagery but in terms of production on the unmodulated drums that, as they did on the Beatles record, act as a sediment for some polyphonic experimenting.

That said, my deepest invested throughout the whole record is the track that doesn’t abide to the aforementioned structure. As stripped back as El May goes, ‘Atlantic, Pacific’ is a candid acoustic ballad that balances a cold adoration with heartfelt intent, a refreshing change of pace to the traditional love song often chocked by hyperbolic nausea.

The aura of humanity that surrounds El May makes The Other Person’s shortcomings forgivable beyond the expectation drawn from the bigger tracks of this record. The closing two minutes of ‘Oh, Get Carried’ is a summation of this. An engulfing vocal line that’s stifled by production plays with both the critic and appreciator of me. My frustration for a grander closing track is obscured by a lax empathy for Lara’s character.

Imperfection laces this record purposefully and unfortunately in its stories and musicality, however I don’t think inventiveness was the core motivation for writing this record based purely on the fact that it, like Lara and like us, is much greater than the sum total of its inadequacies.

What makes The Other Person alluring is the overarching theme of reflection, not in the way Arcade Fire grandiosely disintegrated the concept circa 2013, but through subtle documentation of El May as temporal and genuine as her life experiences have been thus far.