A CHAT WITH: SLAVES 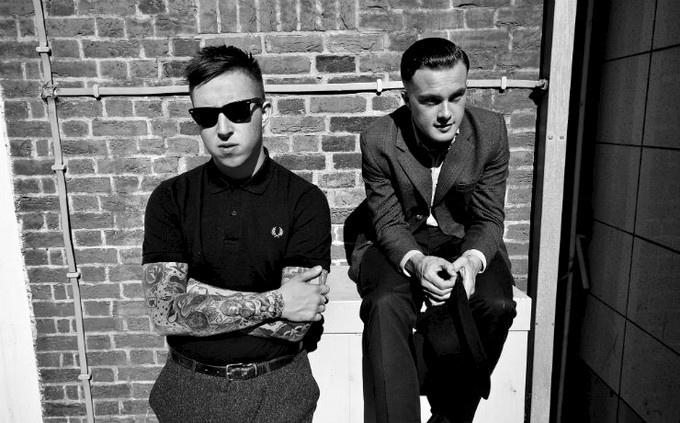 By the end of the year, British garage punk duo Slaves are going to be massive. And everyone knows it. Having been nominated in the BBC Sound Of 2015 longlist, their new single ‘The Hunter’ is being pumped out regularly on prime time BBC Radio 1, despite its wonderfully abrasive sound. AAA Music’s Lois Browne chatted to them before a show last year in London. The results are pretty hilarious…

What do you most look forward to when playing a show?

Isaac Holman (drums/vocals): Being surrounded by the fixtures, the furniture and the shape of the room and the soundman. We like to cheer the soundman up because he’s…

Isaac: …miserable so we try to cheer them up.

Laurie: Maintaining positivity all the time because good things happen to you. The first ever gig we did and we didn’t know each other very well, I was like I’m not sure about that and then Isaac was like never doubt a show and we never have. We are never down on ourselves.

Did you meet through the band then?

Laurie: We met through both being in separate bands and sort of played gigs together, then asked Isaac one day and I was like we need a bassist and can you sort me out? So basically I poached Isaac. He was like my favourite lead singer in the county and we ended up getting together, making sweet music.

Your music has quite strong punk undercurrents-what inspires your music lyrics?

Isaac: Everyday events and observations…on people talking on the buses about previous occurrences.

Laurie: That car was never lost, Isaac always tells the story wrong on stage, she didn’t lose her car.

Tell us the story…

Laurie: We actually walked out of the forum.

Isaac: Debbie? Alright I’ll tell you the whole story right now, how long have you got?

Laurie: How much time you got on that?

Isaac: How much you got on there?

We got 15 minutes and I’ve got plenty of time.

Isaac: That’ll do. We were at a burlesque show at the Tunbridge Wells forum and our manager Chris Pritchard was there with a girl called Debbie, we didn’t know and Chris had to go.

Isaac: And he said can you walk Debbie to her car…

Isaac: As we are walking to the car I said where’s your car Debbie?

Laurie: Just to find out where it was…

Isaac: Just to find out where the car was, as we were trying to have a look.

Laurie: …and I went that would be a good song lyric.

Isaac: and he said that would be a good song lyric and then…

Laurie: We went literally up the road

Isaac: Yeah…Then we went to the car.

Laurie: As we were going to car we were telling her about the Tunbridge Wells sasquatch.

Laurie: We were terrified of big foot, so it’s like the story is true but it’s just misinterpreted. If people prefer to think her car was lost, then it was just on the road.

Isaac: Take it how you want, but that is the gospel truth.

Laurie: If you want to know exactly where Debbie’s car was it was on Bonhill road behind the forum.

Isaac: What car did she have?

Laurie: She had a red Ford Focus around about a ’08 plate so it was a newer shape.

Isaac: No it was a Ford Fiesta. Did she give us a lift then?

Laurie: No we actually drove her up the hill in my Renault Cleo to get up the hill, to get to the car because her car was quite far away.

So you were just being gentleman really?

Isaac: Yeah, she hasn’t even shown us any gratification.

Laurie: She was meant to be in our video.

Isaac: Our manager does…

Laurie: …but she was meant to star in ‘Where’s Your Car Debbie?’ video and blew us out an hour before she had to be there. So she’s uh kinda dead to me.

Isaac: This is Amelia my girlfriend (points to the girl sitting next to me) she was meant to be in the video as well and she blew us out as well.

Isaac: So we used our mate’s girlfriend and put a wig on her.

So what’s involved in your writing process and what approach do you take to produce your music?

Laurie: Recently we’ve started making really tacky Mario Kart beats on iPad garage band. We then literally wrote a song, Isaac brought it into practice and it sounded like Tetris and then I took one of the bass lines written on that and saved it. That’s more interesting; we always just pick it up and just play it. 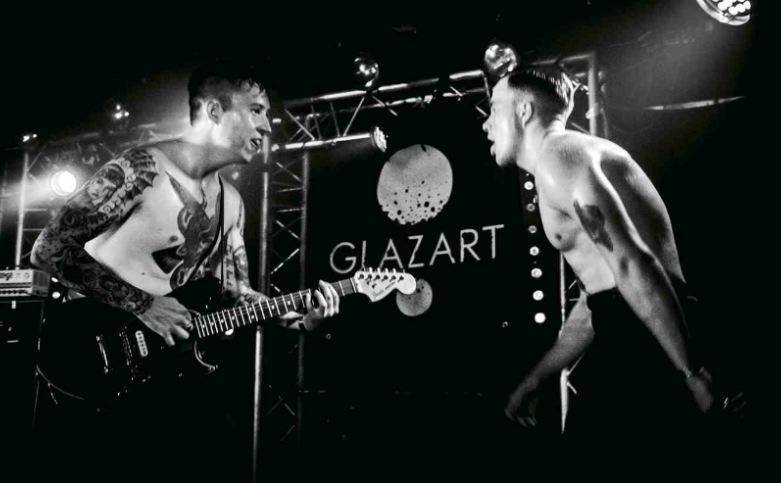 So how would you describe your music in three words?

…Ok you can have 3 words each then.

Laurie: That’s not describing it though…

Isaac: What are your three words?

Have you always drummed standing up?

You’ve never ever practiced with a stool?

Laurie: It doesn’t look very cool does it?

Laurie: It’s lazy if anything.

It’s more of a work out standing up anyway.

Isaac: Yes it is…that’s right I drink green tea to maintain my energy levels. We love a lot of cranberry juice and green tea.

Having recently signed to EMI Records when can we expect a debut album and when will it be released?

Isaac: In the future…

In the future is that it?

Isaac: Yep. That’s all we can say.

Laurie: We don’t want to put ourselves under any pressure.

As far as recording have you got a set up where you go off to a cottage with loads of cocaine/?

Laurie: Oh no. No cocaine we are pure green tea.

Laurie: Although we are convinced when we did some demos, we were convinced we had a natural high off the green tea while doing that.

Laurie: However we once did a really cool live session in a cottage in Guildford countryside which was cool. But at the moment we are just practising, writing the album. We do have quite a few songs un-played live and un-played so there will be an album eventually.

What bands would you recommend to check out currently?

Isaac: God Down are good.

Laurie: Gnarlwolves too because we have the same agent as them and I’ve never seem them live.

What separates you from other artists-what do you think makes you unique?

Laurie: We are from Kent and we really appreciate manners.

Isaac: And we love our pets.

Isaac: And we love our mums.

What pets do you have?

Laurie: And we are generally happy all the time, we hate cool bands.

Why should people come to a Slaves show?

Isaac: Because you will have loads of fun.

Laurie: Because we will entertain.

Isaac: We will entertain….

Laurie: In the words of Robbie Williams.

Isaac: Make sure you write that down.

SPECTOR – All The Sad Young Men 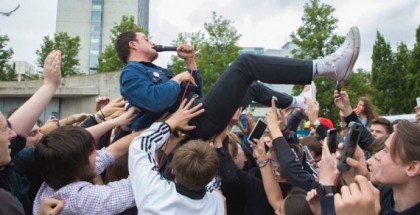