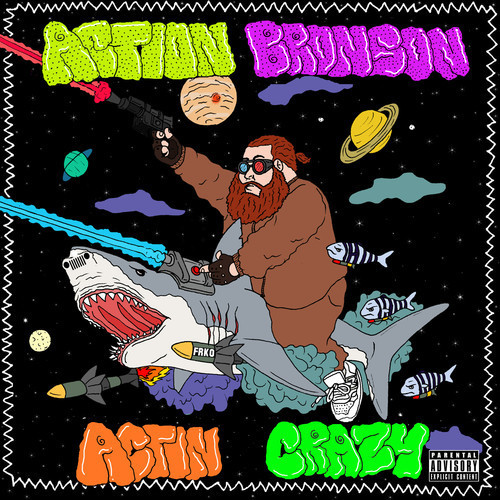 Action Bronson is part of a long list of rappers from Queens Bridge New York and some of them have become as well known as some of the greats, including the likes of Nas, 50 Cent, Kool G Rap, Run DMC and Mobb Deep to name a few.

Some say hip hop has lost its way since the Golden Era, but maybe its evolution has just broadened the spectrum and it’s harder now to distinguish styles and cross genre. This, to me, seems like a good thing and New York rap has suffered because of the rise of so many different styles from across the globe.

Yet Action Bronson is a shining hope for that need for a new Queens Legend. Cue the anticipation. I think, why not! His lyrics are tremendous and definitely the potential to match up to that caliber of rap standard. ‘Acting Crazy’ is the first release off the album Mr. Wonderful – ring any bells Fleetwood Mac Fans. ‘Acting Crazy’ explores depth within the electronic world of hip hop, produced by Noah “40” Shebib and Omen who has worked on tracks for Nas and Drake before. The collaboration is effective and suits Action Bronson perfectly.

Lyrically, it’s tight and the delivery is typically Action Bronson, who graces the track with some witty metaphorical lyrics with a kind of raspy Ghostface Killer type swagger. The song structure is typically hip hop and has no boundaries or dodgy hooks. It has an edge to it that goes hard when you listen to it, and Bronson’s flow engages the listener and is distinct. I like this and I expect the album to have many different angles to it from many different producers with plenty of features I’m sure this will be a hit, as Action Bronson already has a strong online audience and has been active on the mixtape scene for a while. AAA Music are very much looking forward to the release of Mr. Wonderful on the 23rd of March 2015 on Vice/Atlantic.

Lyrically, it’s tight and the delivery is typically Action Bronson, who graces the track with some witty metaphorical lyrics with a kind of raspy Ghostface Killer type swagger. 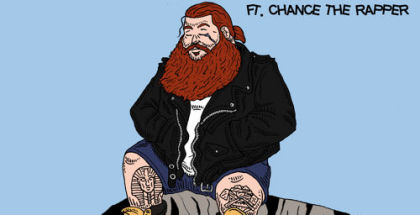