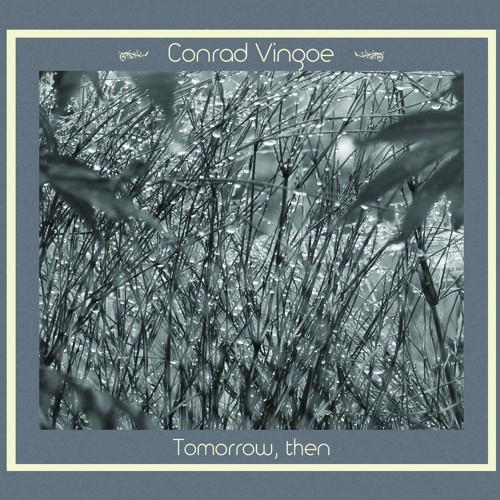 His airy and energetic fourth album Tomorrow, Then was produced by legendary engineer Phill Brown, well known for his work with Bob Marley and Led Zeppelin. Conrad stresses that he searched for inspiration in the magic of the past : “I really wanted to make an album the old fashioned way.”

The delicate and easily flowing ‘Hand On My Heart’ opens the album and Sarah Howells from Paper Aeroplanes also features here, whilst an urgent ‘Fail’ is upbeat and optimistic despite the vulnerable tone of the lyrics. ‘Letters In The Night’ has a simple and enjoyable rhythm. The soulful and minimal ‘Hurricane’ is another admirably uncluttered number and ‘Pendulum’ slowly and gently rocks towards the end of the album.

Conrad’s intimate and sensitive music is often sparse, but full of vitality. To fans he’s a skilled and talented musician who creates beautifully crafted songs. If you haven’t heard his melodies, listen and you might be pleasantly surprised.

Conrad's intimate and sensitive music is often sparse, but full of vitality. To fans he's a skilled and talented musician who creates beautifully crafted songs.