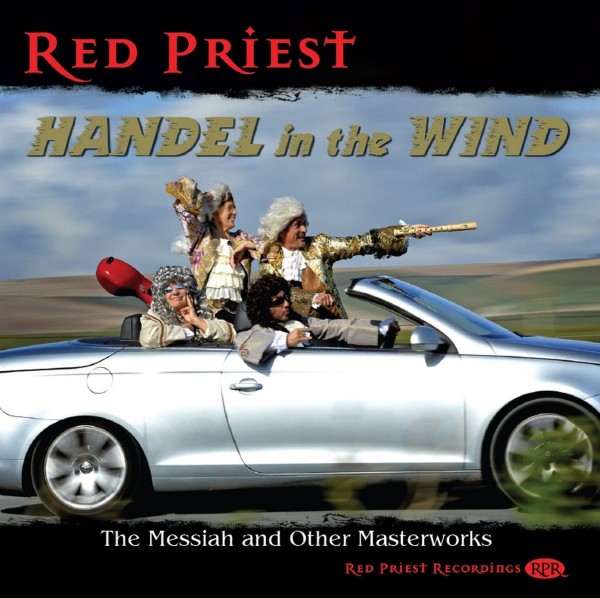 Red Priest have a liking for early music and play what they call “red hot Baroque.” Their name is the nickname acquired by visionary composer Antonio Vivaldi (1678-1741), also a Venetian priest with flaming red hair!

They’ve been compared with The Rolling Stones, Jackson Pollock, The Marx Brothers and Cirque Du Soleil and have performed over a thousand concerts at festivals worldwide.

Their latest album Handel In The Wind was released on 2nd March, 2015 on Red Priest Recordings. It includes the spectacular and dramatic choral masterpiece ‘Handel’s Messiah’ done in their own energetic, spontaneous and uninhibited way, though the remainder of the album is more conventional chamber music played with sensitivity and great technical excellence.

Red Priest theatrically wear fine costumes and include interesting choreography into what some may see as a stuffy musical genre urgently in need of fun, humour and imagination. They’re vibrant and rhythmical, playing from memory and wandering stages freely. There’s a sense of immediacy to their latest album Handel In The Wind and the occasional moment of exquisite beauty.

There's a sense of immediacy to their latest album Handel In The Wind and the occasional moment of exquisite beauty.