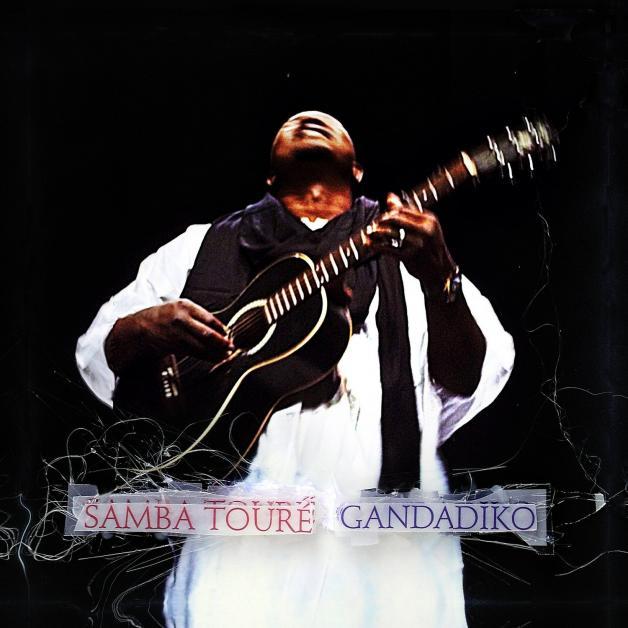 Today, now that the threat of war seems, if not forgotten, at least more distant than two years ago, Mali has finally recovered its cultural freedom and artistic fertility. Desert blues and bluesmen, after being endangered and persecuted for political reasons for the nth time, are reaquiring their striking and emphatic voices. However, their native soil remains arid, craving for water and permanently drought-stricken. That’s the starting point of Samba Touré’s latest musical effort.

Throughout the ten chapters of Gandadiko, the Malian musician reflects over the chronic dryness of his country: a dryness which, next to tormenting Malian land, also afflicts its inhabitants. The dryness about which Touré sings is also figurative: it affects the souls as much as the bodies.

In the title track, which appropriately means ‘land of drought’ in Songhai language, Touré emotionally and regretfully sings that: “Tears are not enough to make the land fertile. Animals die one after the other, the ground becomes dry”; in ‘Su Wililié’ he suffers for his friends afflicted by one of the Mali’s plagues: alcoholism. Supported by a crying guitar, he laments: “When I see my childhood friends who look twice my age, and who just can’t remember me. When I see these living dead, I say thanks that the alcohol has never crossed my path.”

Samba Touré, thanks to his inspired songwriting, lays bare the weakness of his country and his brothers. Doing so, his intent is not to condemn or doom; he wants to throw them a life-line, to show the way to recovery.

Despite the subjects it deals with, Gandadiko is not somber or mournful. The seventh album of the northern Malian artist follows the splendid musical road undertaken by its predecessors and develops, even further, the personality and the identity of its author.

The record also exposes and actualises the link between Desert blues and Delta blues. Since his début, dated 2003, Samba Touré has always looked for the missing link between the styles. He has made full use of instruments coming from the two traditions and used them as go-between.

For example, ‘Malè Bano’ is raw and bluesy to its backbone. The electric guitar and kora sounds melt each other together in many occasions, giving life to a dreaming and wistful mood. While ‘Chiri Hari’; is a delicate and dilate ballad, which also proves Touré’s artistry and his refined touch.

However, it’s arguably with ‘Touri Idjé Bibi’ that the record reaches its peak. Blues, psychedelia and traditional Songhai patterns go smoothly together to create the best epitome of Samba Touré’s music and inspiration.

Being published in a critical historical period, Gandadiko easily reveals its artistic and cultural significance. It is an album which gives hope to Mali and its people and reawakens the restive embers of desert blues.

Being published in a critical historical period, Gandadiko easily reveals its artistic and cultural significance. It is an album which gives hope to Mali and its people and reawakens the restive embers of desert blues.

CALLAGHAN – A History Of Now