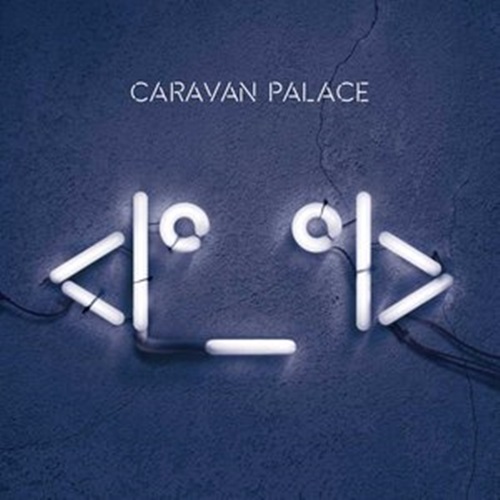 The fast and rhythmical first track ‘Lone Digger’ is playful fun, contrasting with the quirky and more subdued ‘Comics’ and in ‘Wonderland’ the band break out with some fiery brass. ‘Tattoos’ is another upbeat and vivacious tune, whilst catchy ‘Russian’ is highly enjoyable and the charming ‘Human Leather Shoes For Crocodile Dandies’ becomes oddly infectious.

There’s great energy and character to underground band Caravan Palace. They love the idea that their creation entitled <I°_°I> is unpronounceable and they seem happy that their devoted fans can call it what they want. So, fans are free to choose Robot or perhaps some other name that might capture the humour, vibrancy and inventiveness of the album.