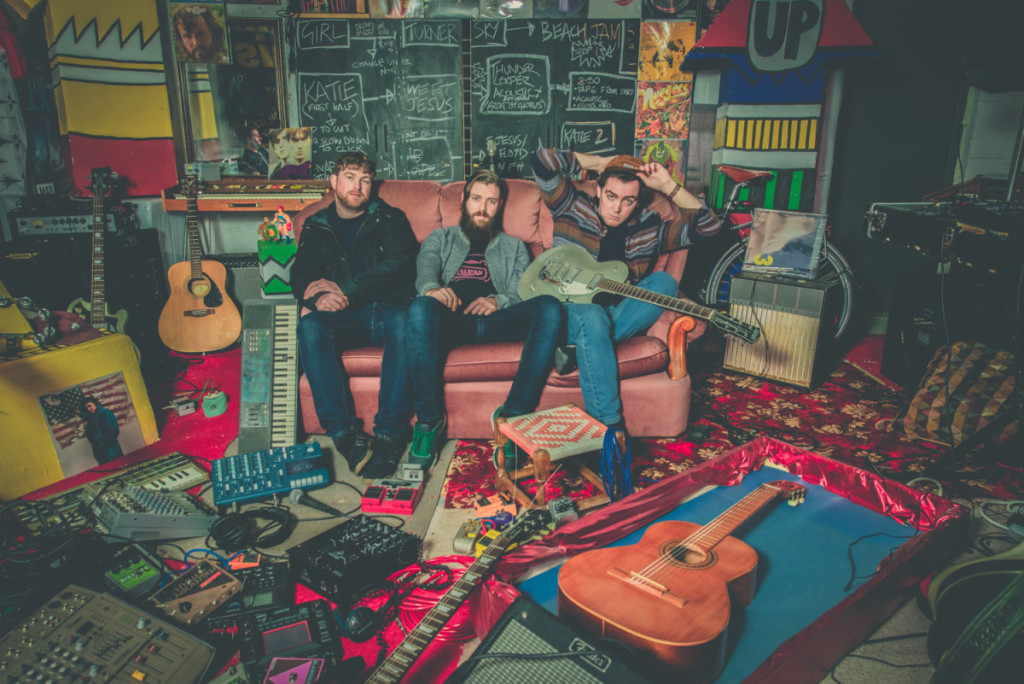 Pure Joy from Wallasey on The Wirral.  The band formed after previous projects came to an end and we all felt like wanted to start something new and fresh. The core members of the band have been friends for years but we’re trying to see it as more of a collective now, working with other friends and musicians bringing as many ideas together as possible.

We’ve always made music. Whether that’s together or in separate projects I think we’ve all always been in bands. We’ve seen Pure Joy as a way to try out different sounds and bring together some ideas from different artists we’ve been listening to and see what happens really.

Our first single ‘Katie’s Gone Home’ came out a couple of weeks ago and seems to have gone down really well but it’s still very early days. We will have a second single out soon and our debut album is due out on 1st April so its very exciting times really.

Hopefully the live shows will be a bit different from the record but still capture the same energy. We’ve not got a drummer for the live shows so I’ll be using a laptop, which we’ve realised opens up so many possibilities in terms of samples and different arrangements. We’re really looking forward to playing the songs live!

I’m not really sure. I think the tunes are very interesting and dynamic yet still full of catchy hooks and melodies, but I guess that’s for other people to decide.

All three! I tend to find new music through streaming stuff online and maybe downloading a single or something, but if I find something I really like I’ll buy it on vinyl. I love vinyl but there is definitely a place for steaming music online and discovering new bands.

I came across Kevin Morby the other day and can’t believe I haven’t heard him before. He’s great. I’ve also been listening to the latest Tame Impala album a lot. I know some people aren’t really diggin’ it and prefer the old stuff it, but I just love how smooth the whole thing sounds.

Well the album is out in April and we will be touring towards the end of April/May. We’re just hoping that people like what we’re doing really. It’s still early days but we’ve got so many ideas that we just want to keep playing and recording and see where it takes us.

LITTLE GREEN CARS – The Song They Play Every Night