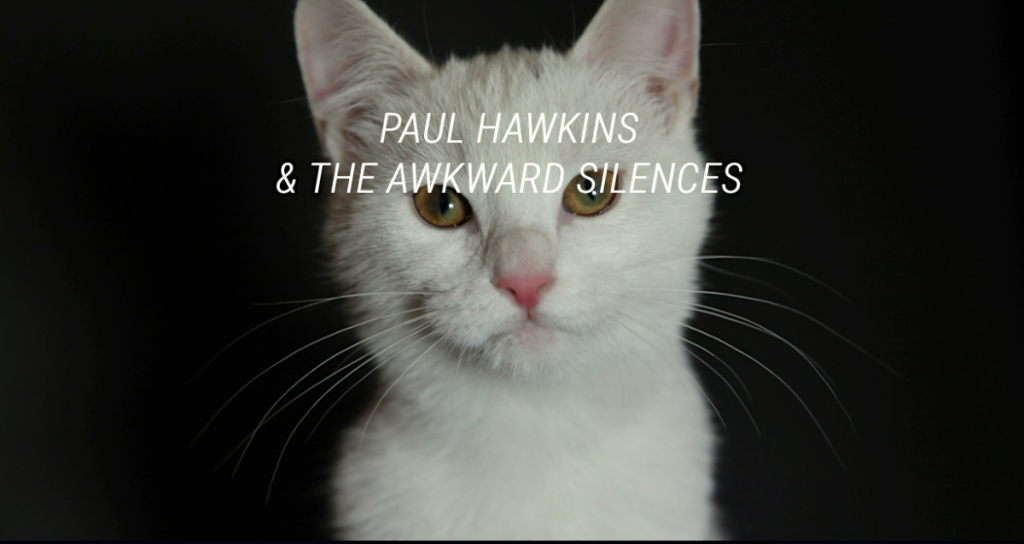 Outsider Pop is the third album from Paul Hawkins & The Awkward Silences. This album was empowered by producing efforts from Ian Button, best known by his previous work with Death In Vegas. The first album by the band in six years is an easy-listening maverick full of catchy singalongs and ironic lyrics.

Paul Hawkins started out as a genuine example of the British antifolk scene and later his music activities transformed to this, the Paul Hawkins & The Awkward Silences band. Since their previous album Apologies to The Enlightenment was released, the band have recruited Mary Boe on backing vocals.The rest of the band are Jeremy Walton, Chris Potter, Tim Hudson, Gareth Lloyd and Nick Kiddle.

‘The Precautionary Principle’ is a bright example of what Paul Hawkins & The Awkward Silences do best on their latest album: take an entertaining melody, add a soft dance touch to it and saturate it with tongue-in-cheek verses. Sarah Gomes Harris (the author of the BAFTA-award winning Sarah & Duck animation) directed the video for this lead track and it was filmed by Giorgio Bosiso (the creator of videos for such artists as Portico Quartet and Andrew Bird).

‘The Black Hound of The Western Wood’ can be considered a dark ballad… to an extent the word ‘dark’ can ever apply to the gentle music pieces that Paul Hawkins & The Awkward Silences create. This semi-instrumental track accurately combines brave rhythm with classic string arrangements and introduces a gloomy accent with the help of church bells during the last seconds.

The rough bass line of ‘The Substitute’ supports a revelation story of an attempt to find a way out of some queer relationship. The refined, minimum use of sound effect in this track is one of the most remarkable features of the whole Outsider Pop album. Clear sonic structures are not overwhelmed by unnecessary details, which leave well-deserved places for the lyrics.

Outsider Pop was released earlier this year via Blang Records and is available as CD and digital download.