Let It Be – Live @ The New Theatre 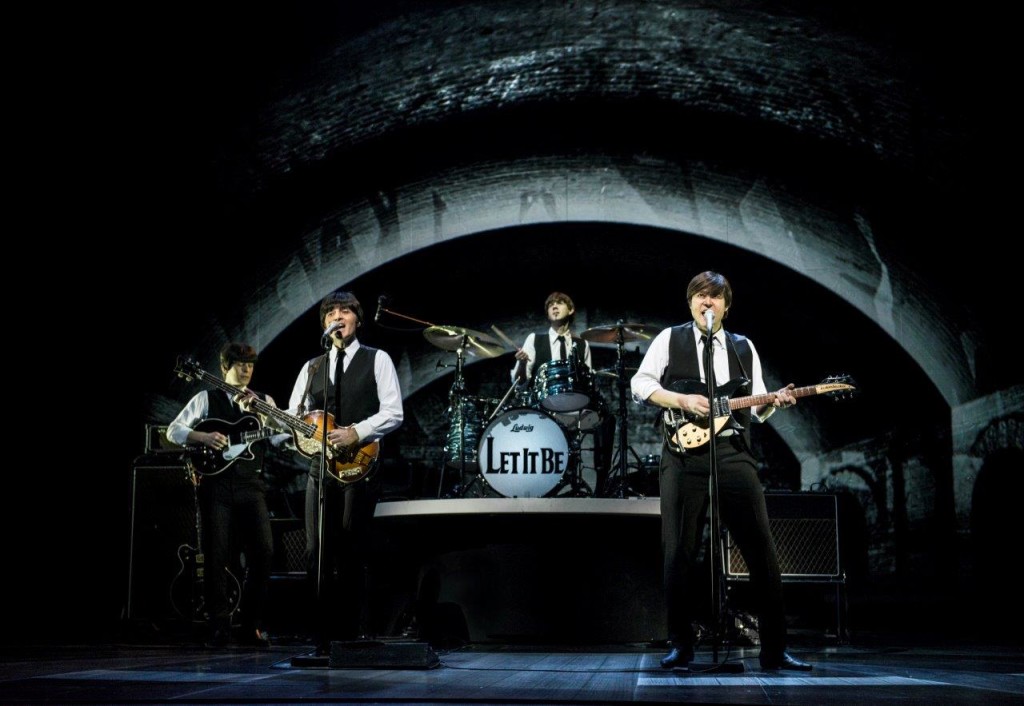 The iconic and hugely influential band The Beatles sold more singles worldwide than any other band. Internationally known for their colour and charisma as a quartet, they won an Oscar, 10 Grammy Awards and numerous Ivor Novello Awards for songwriting. They were also central to the changing sounds and fashions of the “swinging sixties”, becoming part of its counterculture.

Let It Be celebrates and tries to recreate the joy and happiness of those hugely popular songs. It’s a nostalgic look at innovative music that had its roots in beat, skiffle and 50s rock and roll. As they evolved The Beatles began to experiment with hard rock, classical, Indian music and psychedelia. Ultimately, Let It Be is more an ambitious tribute concert than a musical, with conversation kept at a minimum and without any obvious script or supporting cast, but containing magical songs that almost speak for themselves.

The story is not a fictional drama. It chronologically follows The Beatles tale from those early “clean cut” days in Liverpool’s Cavern Club to the Royal Variety Performance, the Shea Stadium concert in the USA and the craziness of sixties Beatlemania with screams and mild hysteria. Towards the end of the story one finds a more surreal world embracing bearded hippies, hallucinogenic Sgt. Pepper and their final album Abbey Road.

Classic Beatles songs included the catchy ‘Twist and Shout’, tragic ballad ‘Eleanor Rigby’ , the thoughtful ‘With a Little Help from My Friends’  and a beautiful ‘Blackbird’ , written in response to the Civil Rights Movement.  ‘Yesterday’ and ‘Strawberry Fields’ stood out as timeless masterpieces, whilst ‘My Guitar Gently Weeps’ remained just as stunning and seductive.

These were soulful and spectacular songs that delighted the audience and probably brought back many treasured personal memories. It’s probably extremely difficult for any tribute act to try to recreate the intense feeling of Beatlemania, but the spark, thrill and energy of Let It Be helped create a very memorable evening.