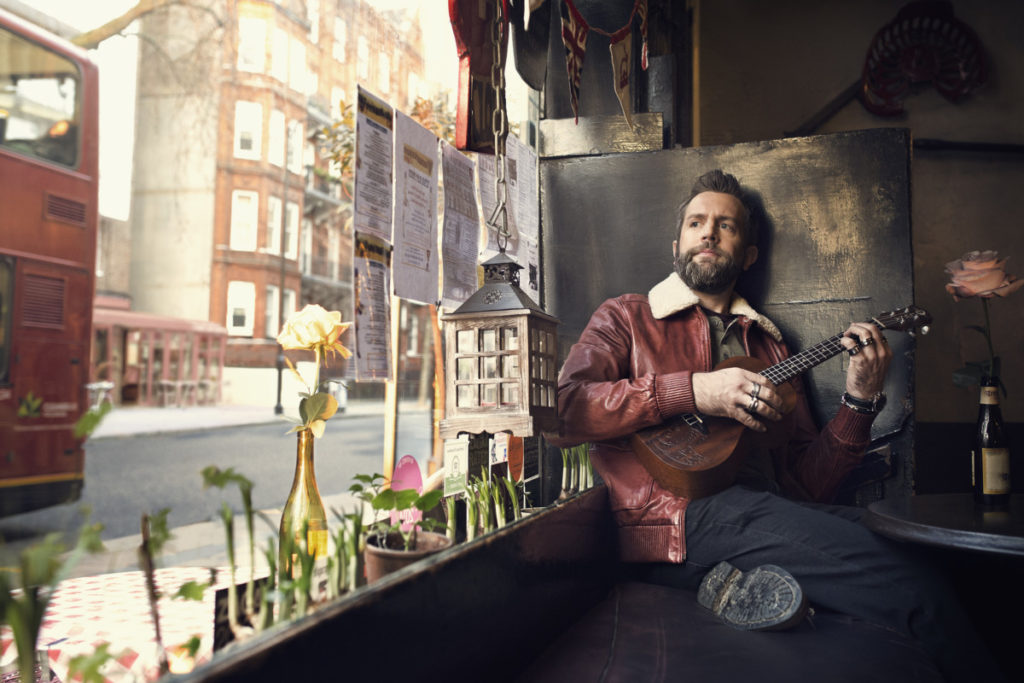 As a kid, I was always listening to my dad’s vinyl collection. He was big into The Eagles, Bread, America, Jackson Browne, a lot of music from “The Valley” so I guess that’s where I picked up my love of Americana.

I then would obsessively follow a bands family tree, who played with who, who produced what record trying to find out why certain records had such a magic sound. A lot of my friends were into old blues too, so that definitely got in there. I love so much music I think it would be unfair to your readers to list everyone that’s ever been an influence.

I’ve just released a new album, well actually a soundtrack to a film called Stones” – you can download the film FREE (!) from my site when you buy the deluxe album. The reviews have been kind and it’s listed on IMDB which is cool and won best film at the London Film Festival. The topic of the film is quite personal to me as it’s about addiction, a subject that not everyone is comfortable to talk about but yet so many people have problems with, I hope anyone who sees the film enjoys it obviously. But also hears and sees a message of a solution.

Live the shows tend to be quite intimate and I’ve been told “intense” as usually it’s just me up one stage. I’ve been fortune enough to play the legendary Bluebird Café in Nashville Tennessee, where some of my favourite artists have performed and tried out new material, I felt at the time it’s like a right to passage.

As far as tours, I’m still a relatively new artist although in the past bands I’ve started have opened for legends like Toto which was awesome by the way! This year I’ve secured some nice festival slots and will be playing the first Black Deer Festival with Jason Isbell, Passenger, Iron & Wine, John Moreland, Kiefer Sutherland, Stu Larsen and Sam Palladio to name a few, super excited for that one.

Well I’m a multi-instrumentalist, playing everything from guitar, banjo, ukulele, mandolin, bass, pretty much anything with strings and vocals. I know that sometimes a sound needs a label but for me it’s whatever suits the song that truly matters so what genre I’m working in can sometimes blur lines. Most fans come back and say they like the lyrics. I’m from the old school generation of intro, verse, bridge, chorus middle section. A lot of modern pop tends to have four chords to the end, which of course is fine, I just like a bit more colour now and again.

I love vinyl, it sounds better. CDs were convenient but now with mp3, songs just become a small sharable file which gets so compressed that a lot of frequencies are lost. There are other less compressed digital formats but if I can get my hands on the raw material I like to think I’m hearing the music how the artist intended me to hear it. Not everyone has the space, and unless you want to look like some 70s pimp with a four track or turntable on your dashboard the digital format is so convenient to listen to music on the run. I tend to listen to most my music in the car as I have the time to listen, when I get home it’s all about my family or creating.

What I love about Spotify and iTunes is a) you can get your music out there and b) I love the discover new artist sections. I’ve found some amazing new music that way.

Love everything Jason Isbell has done, big fan of Chris Stapleton, Ben Howard and Fink. Just discovered The Bros. Landreth a while back, they are sick, musicianship is off the charts…love ‘em.

I am writing at the moment, lots of bits and pieces, that I will eventually become my next full length album. Although I may stick out another EP just to bridge the gap.

I hope all your readers buy the film soundtrack to Stones and watch the film for FREE (click here to more info.)! I would like to do more acting and just keep creating, listening and sharing the love.