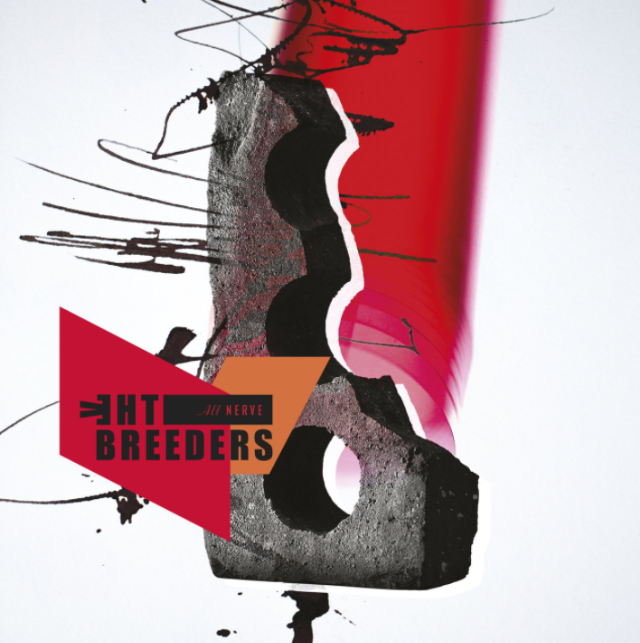 What is the one thing missing from the music universe these days? Indie pop laced with nostalgic nuances of 80s style synth pop or perhaps another manufactured boyband to lip- sync their way into the hearts of teenage girls everywhere? For me, it is authenticity and experimentation that our radio waves seem so frequently to neglect. It often seems that much of the music we are exposed to in the modern world focusses more on re-hashing ideas of the past and fitting a mould rather than breaking down the walls to the future. It is at times like this that I am grateful for the creative and original outpouring of alt-rock icons The Breeders whose authentic breed of 90s grunge, breathes a breath of fresh air into the often-predictable music universe.

After a 10-year hiatus, The Breeders, have reunited with the line-up from their platinum selling Last Splash consisting of Kim and Kelly Deal, Josephine Wiggs and Joe Macpherson to bring us the refreshing and formidably cool All Nerve. Introduced by the haunting and sultry vocals that float over sparse guitars before kicking into gear, opener ‘Nervous Mary’, seamlessly captures fear and dread through pounding drums, slinking melodic lines and dark and vivid imagery. The album explores a plethora of ideas, reaching peaks of brood in ‘MetaGoth’, drifting into a heavenly, dream like state in tracks ‘Spacewoman’ and ‘Walking with a Killer’. While the riff heavy ‘Wait in the Car’ sees the album reach its punk rock apex, contrasting moments of sludge and swampy bass as The Breeders wade their way through ‘Skinhead #2’.

On an album where every track contributes beautifully to the tapestry, it is hard to pick favourites, however I would be remised if I didn’t mention the unyielding and unpredictable ‘All Nerve’, in which the down-played and delicate vocals of Kim Deal accompanied by seamlessly out of sync and alluring backing suck you in to a velvety smooth caress before bursting into a nervous chorus of ‘I won’t stop/I will run you down’. Additionally, ‘Howl at the Summit’ whose enchanting guitars propel this 3 minute halfway point into a psychedelic epic and the unapologetic ‘Wait in the Car’. Ultimately, All Nerve is a perfectly executed offering by this grunge outfit… one the music world has been crying out for.

Ultimately, All Nerve is a perfectly executed offering by this grunge outfit... one the music world has been crying out for.