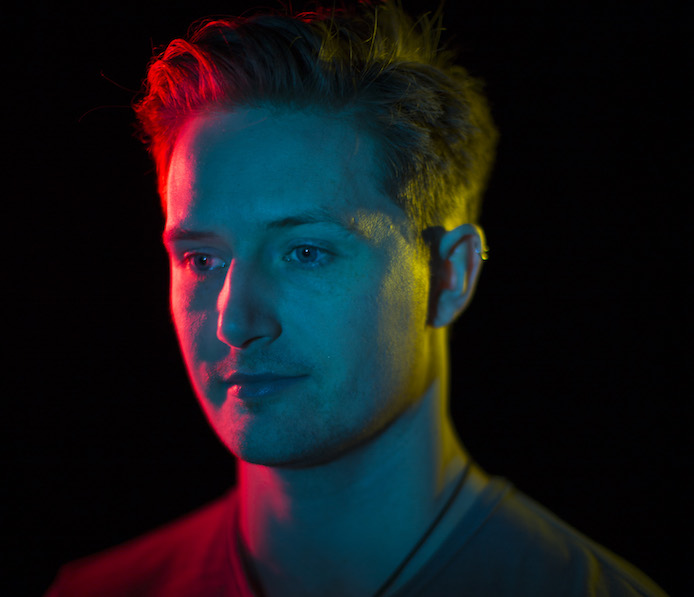 This is Chris, frontman for Plaid Brixx.  I established the band in 2013 after I finished school and returned home to Columbus, Ohio where I grew up.  Plaid Brixx is built on the learning and growth from founding and leading several other bands during high school and college.

I have been in love with creating and performing music since I picked up a guitar at age 8 or so.  My first love was punk/heavy metal which evolved into indie rock and is now indie pop with some rock edges from time to time.

Over time, I have had various influences starting with blink-182 and Tool. Most recently, I really admire what Grimes is doing both in terms of her music and her videos (so important in music today).

My first serious album (meaning my first album where I had learned enough to be pretty good at songwriting) was Chemistry. I wrote, recorded and produced this album in my basement and I am very proud that it was nominated for an Independent Music Award as Best Rock EP of 2014.  I’m also proud of the audience reaction we got during our 2017 tour with We The Kings. And finally, I feel really good about the support for 2 of my songs (Don’t Look Down and The Greener Side) which together have well more than 1 million streams and about the recent and upcoming releases.

We have performed in lots of different venues here in the Midwest where we are.  Our most exciting tour was with We The Kings where we performed in 31 venues across the country all the way from Playstation Theater in NYC to Troubadour in LA.

Our live show is an extremely high energy, acrobatic performance where I jump about and walk across the stage on my hands.  And at the end of the performance, we give out roses to the fan who was the most engaged during the performance…a way that we like to recognize and show gratitude to those who support us.

We also have a clear intent to create upbeat emotions in a world that seems to be dominated by conflict and unkindness. We have had fans say that hearing our music has made their day better or inspired them to reach out toward fulfilling a goal or a dream…that means the world to me and it’s one of the most important reasons why I write music.

As much as I think musicians might want to return to the days of the better copyright protections and income streams of the CD/Vinyl days, the future is streaming.  Personally, I stream Spotify and I think that streaming will increasingly be the predominant platform. Vinyl is re-emerging but IMO, will not be more than a specialty item for hardcore fans.

A few of the many artists that I listen to are Tove Lo and Camilla Cabello but right now I am primarily listening to classical music. Two of my favourite composers are Mozart and Grieg.

For me, the future is in releasing singles with album releases possibly to follow. I am on a quarterly release cycle with a number of songs in the pipeline. I have one to release for Halloween called Chasing You and a song called Lower which speaks to addiction, the related loss of self-esteem and the need to know that you should and can get help.

Also, video is a key part of my future…both “official” videos like the one we released for Beat Goes On and shorter, character-themed videos that are light-hearted and fun.  We have a number of those in production and are looking forward to sharing them.

Thanks again for letting us be a part of AAA Music.