It only seems like yesterday when the good people of Bestival, provided a funky weekend of tunes and stuff under the guise of Common People, and only a few short months later they’re back! This time with changes a plenty, really big things and even more stuff… It’s July and its time for Camp Bestival 2018!

It’s officially the hottest weather Lulworth has ever seen, hotter than the Sahara or that really flippin’ hot place in America! We got into position early Thursday morning and, sure enough, the sun was cooking us as we marched forth to the canvas palaces and made home for the next three days… Or so we thought.

Thursday at Camp Bestival is always a chilled out affair, with a slow jaunt around the site and arena to find our feet. This year however, most of the site has been on steroids and has beef’d up somewhat, so now we have more stuff to find, not an easy task when its hotter than hell – we solider on, find a cool refreshing beer and seek shade in the woods – but so does a few thousand others and before long it’s getting a bit busy.

Although CB still holds the same wonder and magic as we’ve become use to, the addition of new stuff is pretty sweet – we have more big stuff, worlds biggest bouncy castle, worlds biggest disco ball, worlds hottest portaloo, HMS Bestival has parked up on site, as have several tight rope types and general performers who do stuff up on the air.

Friday morning, it’s only 7am and it’s too hot to stay in the tent. We emerge, do morning things and head for the WI tent, for some well deserved bacon rolls and cups of finest tea, and all at a very low price – so we make this the first stop each morning.

This year’s line up draws the younger crowd, well for today anyway. Teeny bopper, angsty types with vomit invoking songs about fluffy cats and hugging… the crowd know all the words, I try my best to ‘wire brush’ these moments from my mind. We move on, and not before time either… Them oldy, foldy old types Pop Will Eat Itself run on, guitars and drums all ablaze and turn the chanting crowd from young singers to old swingers, them old boys sure do know how to run about like drunkards in the sun, it keeps us all very well entertained.

Sara Cox’s ‘Just Cant Get Enough 80s’, is the next big thing to adorn the main stage, huge Rubik’s Cubes, 80s computer graphics all around and a whole load of 80s tunes, from the 1980s. I remember it well, and it wasn’t a great decade kids – ask your dads. Oh yes, and dancing people – dressed like they’re from the 90s but trying to do the 80s.

The 80s is all about, and for our end of evening entertainment we have the pleasure of spending it with teen heart-throb, crooner and all round nice gent (from the 80s) Rick Astley, mid to late 50s now I’d think. Still, he can do the shimmy and he holds a tune like the pro he is. All the big numbers are thrust forward and the screaming mums are all hot and bothered as they sing along and spill Prosecco over the little once in front. He even gets his mum to do a mad drum solo half way through the set! (Was actually baking grandma Mary Berry, but still she gave it a go – no cakes though, bit disappointing). 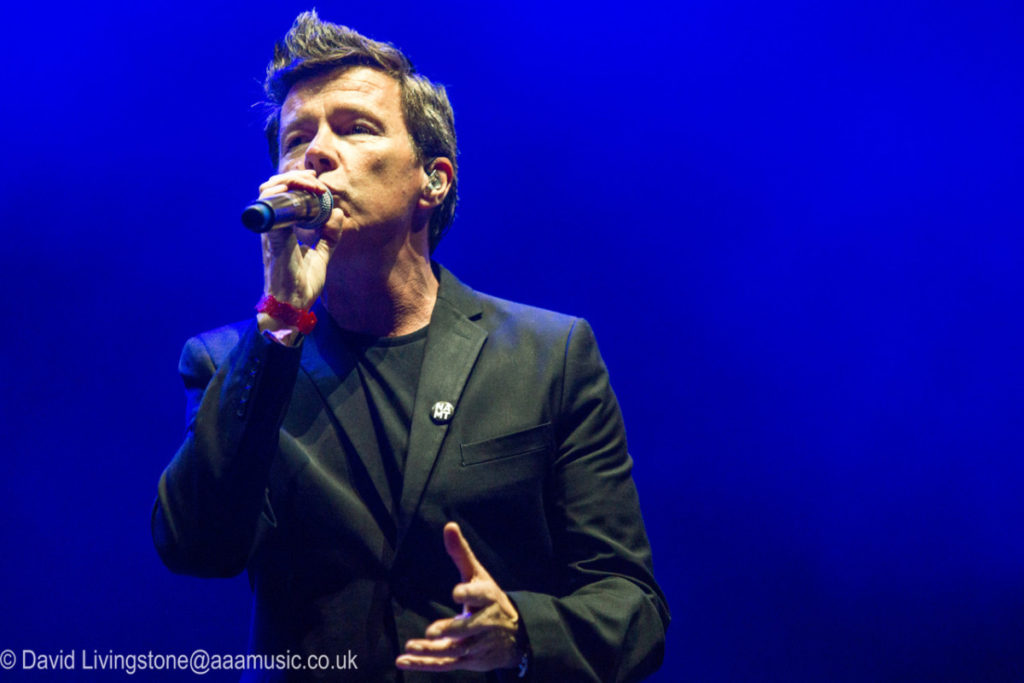 Saturday. Very similar to Friday, in fact I’d go as far to say it was identical in most ways – that was until around 10am. When we decided to take in the sights and hang out with the cool kids at the Wall of Death. Now it’s not as bad as it sounds kids, it ain’t no war-torn shooting gallery. But is a group of greasy engine workers who drive their bikes up and a round a circular wall, to the cheers and whoops of the dripping public. I’d wear ear defender next time, as it as loud as all hell.

The main stage is all theatre and acts until around 4pm, when we get the tunes going. And we’re heading back to the 90s today with floppy, curtain haircut mob Jesus Jones. Gotta say, I liked them a lot, really good set, a blast from the past that got everyone moving. But not as much a my old favourites the Stereo MCs, your’s and my friend Rob B, has a lot of tunes stored up in that wrinkly melon, and he ain’t to old that he can’t bust a move or two, the bass thumps out over the festival and anything not nailed down has not shifted and has moved several feet from when it started, including children, tents, food etc… I enjoyed these two bands very much.

As the evening draws to a close, we have notices and announcements that the weather is going to go all Cat 5, hurricane scary overnight, and that we should all prepare for a good kick-in.
But then, Clean Bandit all sparkly, smiling and shiny trot on and everyone forgets the horrors that approach. I’m not a big fan of Clean Bandit, however it seems they have had a major band reshuffle and I can only identify one from the original line up. There’s new songs, and old songs – but not that M&S one that everyone remembers.

We have a beer for the road and head back to our tent. Now, weird stuff… A lot of punters have taking the weather advice to heart and have already packed and gone, and not just a few. I’m talking hundreds – there are spaces as big as football fields between tents where people have just cleared out (something I have never seen before). But by 3am, it was apparent that those that left, had the right idea. The heavens did indeed open and the winds were up to 50mph+. It was carnage. Luckily, our tent was a monster pre pitched attempt, so all we needed was to pack and sod right off. So, we did. By 9am we were off site and heading for a double cheese.

I hope everyone was ok! Shortly afterwards the festival was cancelled proper – no Sunday night fireworks, no Simple Minds…  a sad end. Nervermind though, Bestival was three days later! 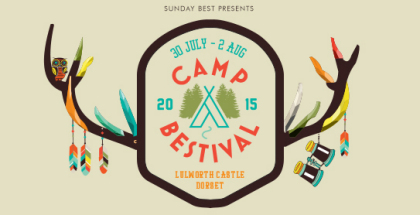 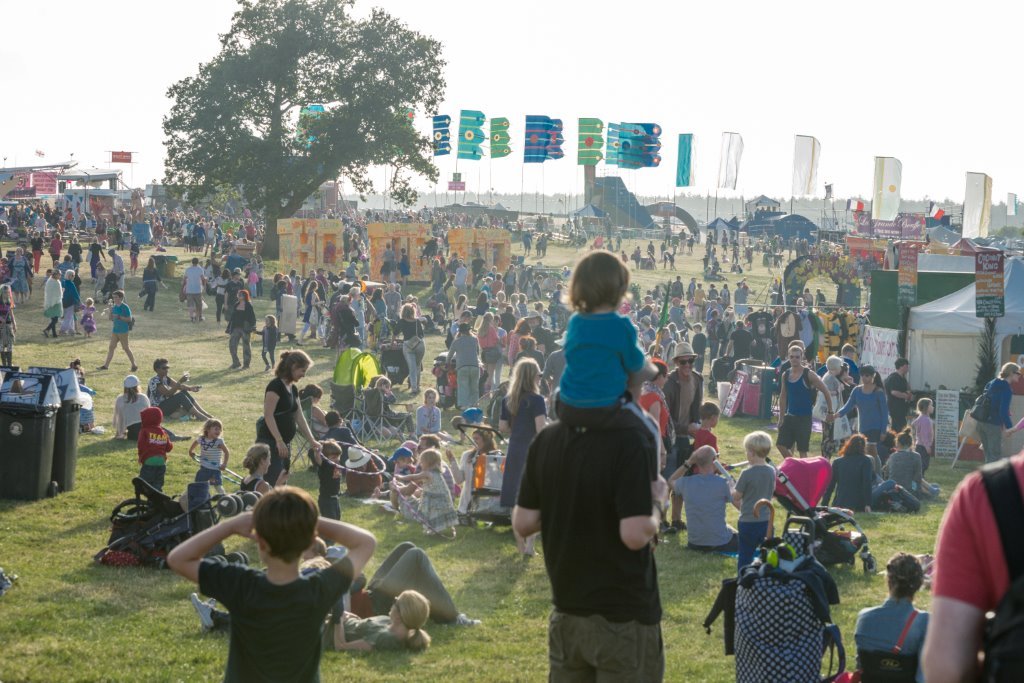