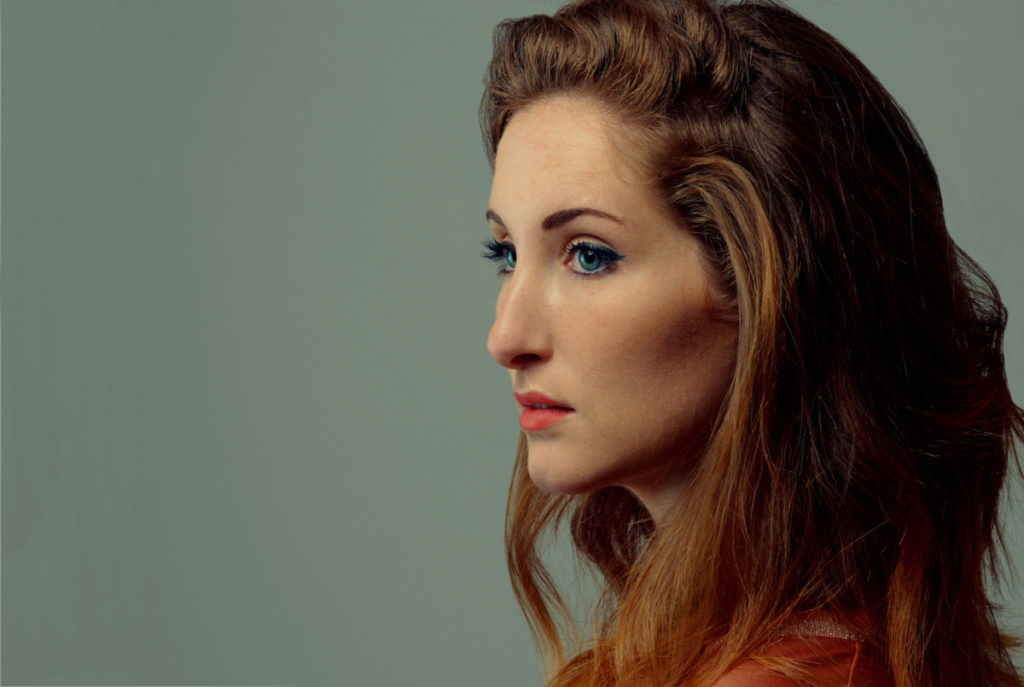 I’m Lauren Marsh, an independent singer songwriter based outside of Philadelphia. I started writing songs and taking piano lessons when I was 14. When it was time for college, I enrolled in a music program and majored in the areas of vocal, composition and song writing. Since then my original song Dear Love has been featured on the CBS drama NCIS: New Orleans and received placements on Spotify curated playlists. Dear Love currently exceeds six million Spotify streams. In addition I’ve had the honor of performing as pre-show entertainment for artists like Don McLean, Andy Grammer, Gavin DeGraw, Air Supply, Sutton Foster, Howie Day and Anna Nalick. I’m currently in the process of releasing songs off my new EP Revival with the fourth song ‘On The Count Of Three’ coming out this Friday October 26th.

My parents have always been a big part of my inspiration. They’ve both been talented musically from a young age and I grew up listening to them sing and play instruments. I was very naturally drawn to music, but it definitely helped to have a supportive family that always played or listened to music around the house. I grew up with a real love for music and I was always encouraged to dive deeper into it.

I’m very humbled by the recognition my songs, especially ‘Dear Love’, have received. However, I’m much more profoundly proud of the effect some of my songs have seemed to have on others. It means so much to receive messages from people around the world, whether it’s on YouTube, Facebook, Instagram, etc., who reach out and want me to know what my music has meant or done for them. Music is for the masses, and to hear from individual people how much they appreciate my songs is really what I consider to be success.

Every performance of mine can vary. I perform solo acoustically, sometimes as a duo, and sometimes as a full band. I also perform regularly in New York City and Philadelphia, along with more intimate local shows in small towns across the region. So depending on which show you attend, you’ll always experience something different from my music.

When I opened for Don McLean, I went on stage solo and played acoustically at his sold out show in NYC at the City Winery, I had no idea what to expect. Then at the end of my set, the crowd gave me a standing ovation. I was completely overwhelmed and in shock. Opening solo acoustically for such a legendary act was a bit daunting, but I knew I just had to go out there, be myself, and pour my heart out in the music. I am forever grateful for the way that crowd received me and providing a great live show experience for every audience is always my ultimate goal.

My music and shows can be a bit of an emotional roller coaster. I’m known for playing high energy, fun songs and then bringing the energy down into a heartfelt-emotional song. I’ve had audience members come up after shows and say how my more intimate songs have helped them deal with a loved one’s passing.

The way that we listen and share music will always be evolving. I love listening to vinyl in the morning with coffee, my car is equipped with a 6-CD disk changer, and I love discovering new music on Spotify or Apple Music playlists and being able to look up an artist immediately on my phone. How I listen to music is mostly based on where I am, what’s at my disposal, and what mood I’m in. Ultimately what matters most is that people are listening, sharing, and finding
ways to incorporate music in their everyday lives.

Advances in technology will always be altering the landscape and the industry. As an artist, I want my music to be available to as many people as possible. It’s really been amazing to have supporters reaching out from South America, Europe, Asia… it blows my mind that these songs that I wrote in my basement are touching lives around the world.

I’m a really big fan of The War On Drugs. I got to see them for the second time this summer in Philadelphia. As a Philadelphia artist myself, it’s really rewarding to be part of a community that shows up and supports hometown bands and artists. I’m also really loving artists like Alice Merton and King Princess.

I’m currently releasing songs off my new 5-song EP Revival with the fourth song ‘On The Count Of Three’ being released this Friday October 26th to all music streaming platforms. The songs on Revival are a deliberate return to the raw, storytelling style songwriting that I naturally gravitated toward when I first start playing open mics around New Jersey. ‘Dear Love’ – the last song on my 2016 EP Veracity – was the beginning of the return and it’s something that I look forward to expanding on with Revival and with recordings in the future.