The most bass heavy album of 2010 has finally arrived and it’s been well worth the wait! ‘Kryptonite’ is an electronic tour-de-force, a masterpiece of sound design and imagination from one of the scene’s most pioneering figureheads, DJ Fresh. In the making for over three years, Fresh has created a juggernaut of an LP that flickers with ease between his trademark caustic breakneck beats, feel-good vocal tracks and even some slamming dubstep manoeuvres. Essentially ‘Kryptonite’ is a rocket-fuelled ride that dance music fans the world over will be revelling in for a very long time to come. Essential

Having blown his way into the scene as the fore-figure of NME’s ‘Wu-Tang of drum & bass’, Bad Company back in 1998, Dan Stein has since “perhaps been the biggest influence on drum & bass we’ve ever known” according to Knowledge Mag. With classics to the BC name such as ‘The Nine’ (voted Best Track Of All Time by members of D&B Arena), Mo-Fire (no.22 in national charts) and many more, Fresh went solo in 2003 producing the no.11 summer chart hit ‘Barcelona’ and even a no.4 hit for the Pet Shop Boys. Having produced seminal tracks on labels such as Ram, V and Metalheadz, earnt almost every accolade going and a DJ schedule to match, Fresh now resides on his own world-famous Breakbeat Kaos label with co-founder Adam F and continues to flourish.

DJ Fresh drops the video of his new single, ‘Gold Dust’ taken off his new album, ‘Kryptonite’ out this August on Breakbeat Kaos.

You can watch the video here:

I Am Kloot – Sky At Night 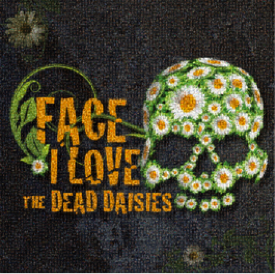