Dawn Kinnard Announces Second Album ‘WRONG SIDE OF THE DREAM’ 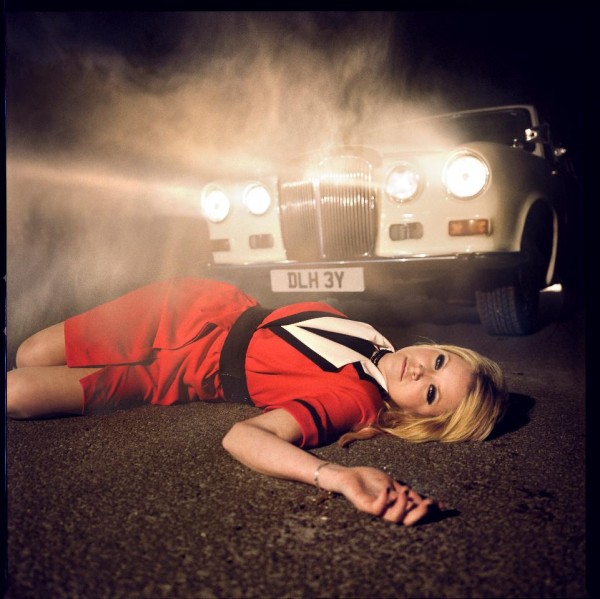 ‘Wrong Side Of The Dream’ released on the 13th September, is the sublime second album from the enigmatic singer songwriter Dawn Kinnard. Thoroughly enchanting from the outset, her songs float between delirium and melancholy across a sea of happiness and heartache.

Brimming with funny, sharp and poignant lyrics they tell insightful tales of heartbreak, defiance, love and loss. From the stirring beauty of future single ‘Favorite Ghost’ to the wit of songs such as ‘Death Is A Shark’, ‘Are You Still Crazy About Yourself?’ and ‘Bicycle’, and the heartbreak of ‘The Cost Of Love’ and ‘Indescribably Blue’ (Dawn’s take on the Elvis classic) to the duet with Ron Sexsmith on the gorgeous ‘The Silence Is Not What It Seems’ this is a truly incredible and original body of work that should further establish Dawn as an immensely unique and exciting talent.

The album was produced by composer and music producer Damian Montagu who has worked with the likes of Michael Nyman and mixed by Gareth Johnson (Kasabian, Razorlight, Kaiser Chiefs, Duffy). It will be released on the new label set up by Dawn and Damian, DK Records.

Dawn released her debut album, the critically acclaimed ‘The Courtesy Fall’ in 2008 and at the end of that year she returned to Nashville and an empty house. So she bought a goldfish, named him Earnest and taught him to jump. Her home still felt incomplete so she bought a dog and named her Scarlett. Still restless, the three of them embarked on a six month road trip, Earnest in a Mason Jar between her roller skates on the passenger side floor and Scarlett riding shotgun. They listened to their favourite artists – Leonard Cohen, Patti Smith, Bob Dylan and Nina Simone. Songs were written, walks were taken, fires were made, things were lost. Scarlett and Dawn spent the night in jail. Scarlett’s fault.  She won’t talk about it. Earnest has seen more of the country than most people, let alone a fish.

She sent some demos to her friend Damian Montagu back in London and the two began discussing a collaboration. Dawn confirmed that she wanted Damian to produce the album after consulting a fortune teller. She returned to the UK in February this year and together they recorded the entire album in the space of just two weeks. The result is a much more stripped down, raw record than its predecessor that really highlights Dawn’s incredible smoke and honey voice.

After a short stint back in the States Dawn is preparing to return to the UK. Scarlett is working on getting a Dog Passport but it will take a few months as she now has a criminal record.