AAAmusic sent Alan Thomas and Dave Livingstone to Guilfest. Here are their diaries from it!

A festival that’s been around for almost 20 years and one that we feel is definitely starting to get the recognition it deserves. Taking it’s place as one of the UK’s best family festivals with some of the best toilets we’ve seen at any festival and an amazingly beautiful short walk from not only the carpark to the festival site but also to the campsite. All this while still hosting to a large capacity of about 25,000.

It began where Friday ended

Arriving late Friday night I parked my car, got my wristband, and entered the festival, all within about 15 minutes… Amazing!

Being late in the evening one of the first things spotted was everyone with a smile on their face enjoying a beer or other refreshing beverage.

I caught the end of Hadouken on the main stage and a tiny bit of Dreadzone in the distance, I was then fully prepared to have a sherbet while watching the headliners of the evening, Orbital.

Surrounded by computers and wearing their well known glasses modded with torchlights they really kicked off the beginning of the Guilfest weekend. Many of the crowd may not have known Orbital, and many could probably only think of them famous for one thing… The Dr. Who themetune remix. Yet for many others, including myself, this was definitely not the case. They played their most famous classics such as Halcyon, Chime and Satan!

After watching Oribital we decided to get some drink down our gullets. Most of the photography needed was now over and so drunken conversation could take its place.

We headed over to the Funky End Dance tent and caught a bit of Sub Focus. The tent at this hour was overflowing, very hot and steamy, but a great atmosphere!

Following our visit here we troddled over to The Rocksound Rock Cave where they were playing some old skool rock classics such as Nirvana, Rage Against The Machine and System of A Down. Typical classics to get the crowd going but great fun! Reminded me of being young again.

To finish we ended up in the VIP bar drinking spirits and making very bad conversation with the people we met.

Lots of music, alcohol and pictures

The day started with a killer hangover! Plan for the morning was to take a walk in to the towns centre, which was only a 10 minute walk from the festival, and grab a McDonalds breakfast (sausage and egg mcmuffin)!

It was then over to the car to have a little nap, some music and refreshing air conditioning. Following the sleep we had a can of lager and headed over to the main grounds.

Today was to be a day filled with music, drink and lots of pictures.

An amazing electic mix of music was what we witnessed on this day from 70’s blues act Mungo Jerry, to 80’s synth pop The Human League, and all the way to the other side of the spectrum with acts such as N-Dubz, and Tinie Tempah.

Saturday was for me the best day as Guilfest had almost everything to offer for all ages of all backgrounds and tastes.

The younger members of the audience had acts such as Just Jack, N-Dubz, Young Guns and Tinie Tempah.

For the older folk and also those with a knowledge of earlier music there were amazing acts such as Alvin Stardust, Mungo Jerry, The Human League and Hawkwind.

Headline act The Human League really took Guilfest back to the 80’s and had a mix of people dancing and raving at the front to people chilling in their camping chairs quietly admiring music from their past. They played songs such as Don’t You Want Me, All I Ever Wanted, and Tell Me When.

Unfortunately lunchtime of Sunday we had to return home due to other commitments.

Leaving lots of happy festival goers to enjoy the delights of Guilfest’s final day of activities.

So we woke up, packed away our gear whilst trying not to succumb to the dizzy sickening feelings that was being brought on from the previous nights debauchery. We said goodbye to some of the punters and made our way off the site… Joyous was the 5 minute walk from pitch to car!

Guilfest, definitely a festival that is on the up for party goers and families alike. Especially if they can keep to the diversity of their 2010 lineup, catering for the young and old, and those inbetween.

With a capacity of about 25,000 you almost always feel like you have some space to move around, and yet at the same time it’s not so small that any section of the festival feels uncomfortably quiet.

It’s very clean, relaxed and well policed. I think all it needs now is to host a couple more big name acts and it will be a festival that people will rush to buy a ticket for.

Thanks to everyone we met.

I’ve heard nothing but good things about this festival for many years, but as i’m a busy ol’ son I never had the opportunity to sink my teeth into the fleshy bit of Guildford’s 3-day-genre-mashed fun weekender – till now.

Firstly, the sat nav from the website took me into a hospital car park and if I had kept on the road as shown i’m sure I would have made a few laps of the trauma unit!!. So, I head for town centre and pick up the signs and roads that lead to the good stuff. Car access was a breeze as was parking the beast, finding the box office, getting all banded up and pitched the nylon palace for a 5th time in as many weeks (the palace has taken a few hits for the team and may need to be demolished – but she has seen us through some bad times) – anyways…. I was all in-like-Flynn and heading to the main stage in no time – a very quick and painless experience. Double thumbs up….

Refreshments are on hand and I saunter around this ample site to soak up all the wondrous charm and sights on offer – and there are numerous ladies and gentlemen.  More than enough stages, and some hidden from even the most delicate of noses – so… further deftness was necessary to find what was the second stage – strange to think that a 25ft inflatable stage could be hidden amongst clothes stalls and ice cream vans. Got me though.

I have highlighted the second stage for most of the weekend as there are some true 70’s massive’s in attendance this year. But first the early evening is revvin’ up and I scurry down to greet The South (formally The Beautiful South), just as the first organ hits blow across the air, the birds settle in the tree tops, groups of punters gather and start to sway and a very well voiced Dave Hemingway and Alison Wheeler swing into action with a bucket full of old numbers – and it hit where required. Feel good songs with a great beat got most in the mood for what was to come (all this and sunshine too).

Shortly after, the festival went a bit metal with 65 Days of Static, Dreadzone, Chickhawk all shredding it up in various dark places around the site (but it was generally sunny).

Hadouken bass up the main stage and start the night full on, I think this is a technique used to get the sound system ready for a major engagement of power extreme, and as if commanded by God himself  they lay down a funk that would get your Nan rushin to the lav’s.

Last on the main stage are Orbital, they make no real stage announcement other than a plink and flash before unleashing a torrent of old and new electronic grand mal’s and leave the crowd thrashin’ and jumping the way the brothers Hartnoll intended.

Saturday is the day I’ve been looking forward to, and my thoughts are all focused on the second stage and the 70’s extravaganza that awaits. We first see the (some might say) original inventor of the heavy metal genre – Arthur Brown sporting his usual on stage head barbeque  – from which no one gets a morsel (that Arthur Brown, he one hungry boy), but he can balance many other pre electric cooking appliances on-head. Personally I’m waiting for the wood fired Aga.

Next is the forever endless smile of Mungo Jerry- I really cant believe the quality of these acts, outstanding. Vocals, band, stage presence, songs all very tight, these oldies don’t sound like oldies and the songs have lasted well. We are taunted with tiny vocals of ‘In the summertime’ and the crowd erupt – I cannot leave this stage, and I don’t. I am rooted to the spot and posed for the next glam legend to make his appearance, and what an appearance. Alvin Stardust (or Mr Coo-Ca-Choo to us old things) is tightly wrapped in a black leather 3 piece with frills down the seams, his hair is all business-up-front-and-party-in-the-back and he moves like a young Elvis (well.. what I mean is if Elvis were still propping up a Big Mac then Alvin would be moving like Elvis –but younger, abla kimosabe?) He looks like he’s enjoying every minute and I’m sure he is, maybe apart from the thought of getting them sweaty leathers off after a hot 45 min set – all power to you Alvin, you di man.

Saturaday night is nearly here and I head to see the Hugh Fernley tent with all its tasty offerings, we have rare breeds, rare breads and next door some rare beads – I even get a new belly ring! – all this before a very full on meat overdose dished up in true Hugh fashion, that and a spoon full of finest beef gravy to make the chewing all the sweeter…… this is the place for a good feed and no mistake Britain.

Once Hugh has added 8lbs of meat to my meagre frame, I walk off the smallest amount by heading down to the main stage to get an eye full of 80’s electronic overlords The Human League – its 50/50 for me with the HL, but they played the good 50% so no worries. This is a massive stage, filled with all types of drum machines, keyboards, flashy things and a backdrop reminiscent to the loading screen from a ZX Spectrum, pretty impressive I say and made for great photos. All songs are pin-point sharp and production value is that of the originals. Phil Oakey sports a bit of a Matrix ensemble, but looks a little bemused every now and then and stares around the stage like he’s not happy with the decor… he would then run from one side of the stage to the other…….. strange, but that’s what it’s all about. Apart from sporting a shaved head (as I do) Phil looks pretty good as do the HL chicks who are pulling shapes and bustin’ some sexy grinds to keep all men smiling.

There are a few after show DJ’s and other late night shin-digs around the festival which I gracefully attend and break out a few of my own block bustin’, pelvic destroyers which are total show stoppers…..?

Sunday is the Lords officially sanctioned day of chillin’, this has yet to filter down to the Guilf massive, as there is no sign of a let up  as the sun beats down the beats turn up and im starting to feel like a part of the furniture. But the day barely gets underway before I have to turn coat and doth my cap to this mighty beast.

Many thanks Roland for your time and effort – it’s was a weekend of firsts and seconds for me, and I loved every minute. 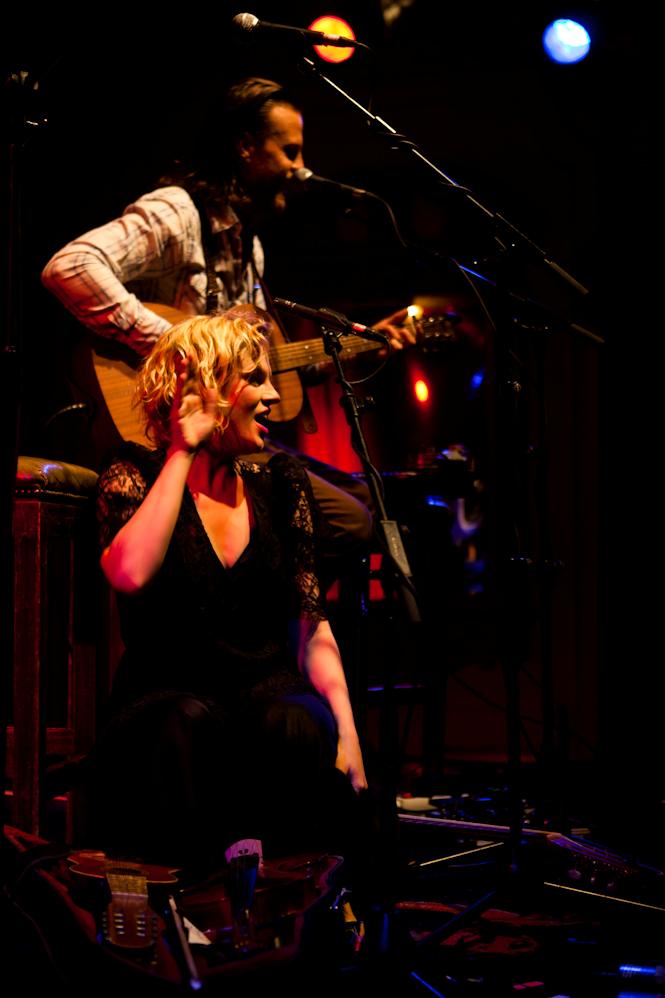