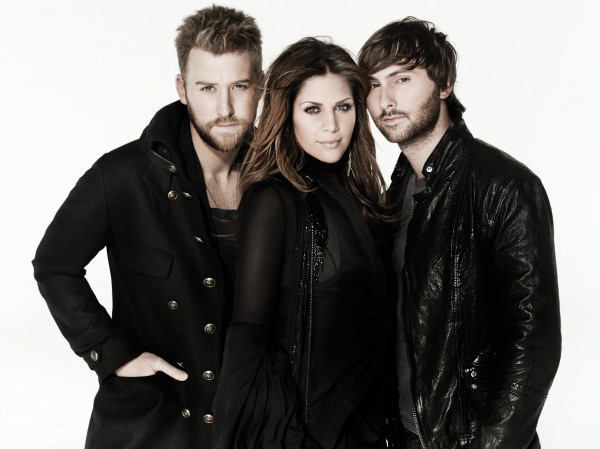 Lady Antebellum, fresh from their Top Ten UK album and hit single ‘Need You Now’, are proud to announce their very first UK show. The US chart-toppers will play O2 Shepherds Bush Empire on August 11th in support of their brand new single ‘I Run To You’, which is released on August 9th.

An all-American success story, Lady Antebellum have smashed records and catapulted to superstar status in the US with the band rapidly attaining household name status there and Hilary, Charles and Dave adorning magazine front-covers and appearing on prime-time TV shows.

Their incredible success was confirmed this week by Billboard who certified ‘Need You Now’ as the runaway best-selling album in the US of 2010, having so far sold over 2.3 million copies. This is a million copies more than the number two album (Justin Bieber) and way ahead of the rest of the top ten which also features Lady Gaga, Eminem, Black Eyed Peas, Sade and Usher.

In the UK their debut album crashed straight into the charts at no. 8 in May and the title track ‘Need You Now’ has been a massive radio smash not just in the UK but a huge hit everywhere from Brazil to New Zealand, Portugal to Israel, The Philippines to South Africa. It has now sold over 4 million copies in the US alone with global sales making it one of the biggest worldwide smashes of the past ten years.

‘I Run To You’ is another stirring example of Lady Antebellum’s unerring ability to create dramatic and beautiful rock songs, stuffed full of hooks, passion and choruses bigger than the state of Texas, which explains why it was their first US No.1 single and won them a Grammy Award at the start of the year.

Sure to emulate its predecessor’s success, ‘I Run To You’ has already been Radio 2’s Single Of The Week in the UK, and is now on their A-list, alongside huge radio support across the rest of the UK.

Tickets for the 02 Shepherds Bush Empire gig go on sale: Friday 23rd July at 9am priced at £18.50 (subject to booking fee). Buy online at: www.livenation.co.uk

Lady Antebellum arrive in the UK a few days before the show.