As the soulful vocals hit you at the start of Tara Mathew’s cover of ‘Run’, and the power in the voice kicks in, we are subjected to an artist in the same vocal league as divas such as Leona Lewis and Mariah Carey, and you feel those tingles travel down the spine.
Born and raised in Oak Lake, Manitoba, it comes as no surprise that this Canadian beauty had a gift that was spotted at an early age and she spent her teenage years winning a number of respected music awards including ‘Most Outstanding Jazz Soloist’; as well as performing nationally on radio and TV on many occasions. She also represented the Canadian government as a Canadian Musical Ambassador, which led to her singing at government functions across North America, including performing in Mexico at a major trade mission. The highlight of her early career was being chosen to sing the opening song to the Canada Games and she also joined many leading artists when she sang at the Pan-Am Games, which was opened by Celine Dion.

Tara explains her love of music came early on. “My first strong musical influence was Bette Midler. I fell in love with her as a singer and an actress as a very young age. I also loved jazz and learned a lot from listening to greats such as Ella Fitzgerald, Billie Holiday and Dinah Washington. I also can’t forget some of my favourite all-time singers like Mariah Carey, Whitney Houston, India Arie, Lauryn Hill and Mary J Blige who influenced me enormously.

However, where Tara’s road to stardom took an extraordinary turn was after she graduated with the highest vocal mark possible in Applied Voice from Brandon University, one of Canada’s premier music universities and was offered a place at the Salzburg Mozarteum in Austria- an honour only a handful of individuals get offered each year.

Tara recalls: “When I started my music degree I had to become a lot more focused on classical sounds and my favourite artists were Renee Fleming and Russell Watson. It was the most musically challenging and stretching four years of my life and my pop voice is far more versatile because of it.”

However, it was the Christian side of her that made the decision to spend time giving something back, and she instead traded in her glittering career temporarily to do missionary work in India. There she worked educating young children and helping the homeless and victims of AIDS and Leprosy. But, ever the singer, Tara made music part of her work. In 2006 she sang at an event in Bangalore and was asked to perform at India’s biggest televised Christmas concert, Gloria Deo, sharing the stage with a line-up of international performers and Bollywood stars- something that came as no surprise to friends and family who had seen Tara become noticed for her voice throughout her life. During her stay in India, she met and married her husband and they had a daughter, Natasha.

Now settled and with the reignited passion to make music, Tara prepares to release her debut single, an upbeat and uplifting pop track with a soulful edge, titled ‘He Said She Said,’ released August 16th 2010 and followed by the album this Autumn. Laced with references to those relationship clichés couples face, the track is the perfect sing-a-long hit for the summer by quite an extraordinary singer. It’s a shame we can’t claim her as our own but Tara, who currently lives with her family in the south-west of England, is quite content living on our shores and hopes music will keep her here for the foreseeable future.

Death In Plains remix by These New Puritans! 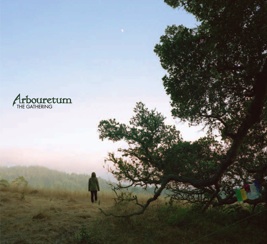