Steve Hewitt on Love Amongst Ruin: welcome to the dark side 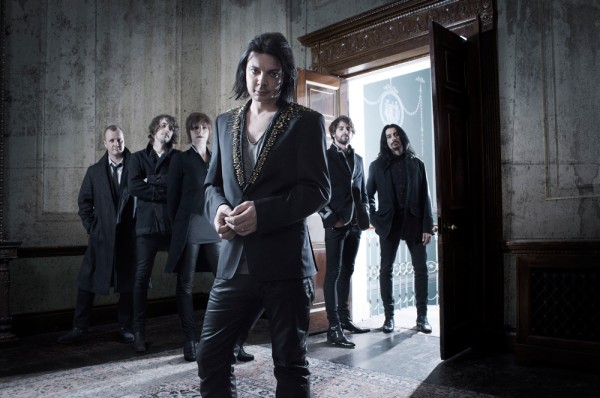 AAAmusic has an earnest chat with gentleman Steve Hewitt on Love Amongst Ruin, the band that will unveil your dark side!

AAAmusic: I’m quite curious to find out why you picked Love Amongst Ruin as the band name (which is a great name btw). My mind has come up with the idea that it is a tribute to Love Among The Ruins by Robert Browning… Am I right?

Steve Hewitt: Sorry but that’s not it. But you are not the first person to make that assumption. Actually it was all based on my state of mind and the place I found myself in. Although my career was in ruins (I thought at the time) I still received so much genuine love from friends, fans and family I was able to make it through.

AAAmusic: How does it feel to give up your sticks (hopefully temporary) to get on singing duties?

SH: It was overwhelming at first, I really wasn’t sure that I could do it. But as the recording sessions evolved I really started to find a voice for myself. Since then as we have continued to rehearse and play live I have increased my confidence and turned my singing into a strength. As for the sticks, well I’ve already had one good offer (Polaroid Kiss) and I would consider banging the drums again for another project that really interested me.

AAAmusic: Both So Sad (fade) and the album sound great, the right combination of good lyrics and sound composition: what has inspired it?

SH: Greed, failed relationships, spitefulness and hatred. 90% of the album is inspired by those things. The other 10% belongs to true love.

AAAmusic: Without getting much into detail on your departure with Placebo, one thing that I was a bit sceptical when I came to see you down at Scala was on what to expect: I have been a Placebo fan for years but found myself distant from the last two records and I was concerned about you taking the easy route – that is sounding like them; my concerns were also supported by the fact that you actively contributed in writing with Molko. I was happily surprised by the fact that you sound nothing like it and crafted something personal and beautiful. My question now is: did you ever feel, while writing the album, that you were giving to something too much Placebo touch? Or you just wrote everything and then once done listened to it all and realized that your journey leads you to a totally different destination?

SH: Placebo was always a combination of Brian, Stef and Myself so having broken away from 66% of that equation I was confident that this would be something new and different. Yeah, I was lucky enough to have their drummer and one of their song-writers but I also had Jon Thorne and Donald Ross Skinner and my brother Nick helping. They all had their own musical journeys to bring to the table. So we got a result that is a long way removed from my last band.

AAAmusic: Surfing the net I was amazed to find that there already are large communities supporting your new project – some being also Placebo fans but many just genuinely fans of the band. Are you scared of the comparison with Placebo at all? Also taking vocal duties will quite likely lead to comparisons with Molko style etc, do you feel the pressure on this?

SH: No, there’s no pressure there. I’m extremely grateful that a lot of the Placebo fans have taken to Love Amongst Ruin, I really appreciate their coming back to the dark side. At the same time I think that LAR will also build a new fan base that have no idea where I came from, they will just like what we are doing now.

AAAmusic: By listening to the album and watching you perform I can pick lots of clear inspirations, such as Cure and Queens Of The Stone Age. Which artists have inspired you while composing?

SH: For sure the ones you mentioned as well as Radiohead, AC/DC, Led Zep, NIN, Depeche Mode, all the greats really.

AAAmusic: A bunch of UK tour dates has been announced: any plans of an European tour?

SH: Oh yes, in fact it kicks off in a few days. Starting on September 23rd in The Netherlands then on through Belgium, Germany, Poland, Austria, Switzerland, Italy and finishing in France on October 14th.

AAAmusic: Of the current music scene, which artists do you think we should be checking out?

I’ve really been in a vacuum for a long time. Recording the album, rehearsing the band, setting up the label has taken up most of my time for a long while now. I hope when we get in the tour bus I will have more time to listen to some new music.

AAAmusic: As a musician who experienced being in a successful band and now enjoys a fresh, new start, what advice can you give to young musicians out there who dream a successful career in the industry?

SH: Believe in yourself, be true to yourself and stay well away from the X-Factor.

So Sad (fade) is out now. Love Amongst Ruin is out on September 13th.