Frankmusik “Do It In the AM” single out July 18th 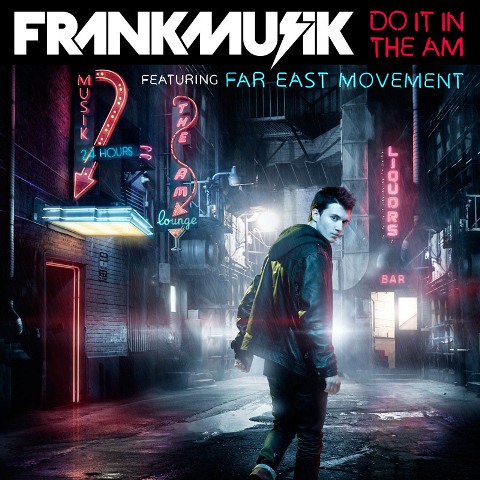 Frankmusik – Do It In The AM feat. Far East Movement by Interscope Records

Frankmusik – Do It In The AM feat. Far East Movement by Interscope Records

After the success of his top ten UK debut, Frankmusik is preparing to release his fresh blend of synth-pop, hard-knocking beats and flowing melodies in the US with Do It In the AM featuring Far East Movement, a new album inspired by the energy of his adopted hometown of Los Angeles. The single is produced by Billboard (Britney), Martin Kierzenbaum (Lady GaGa) and Frankmusik.

Following killer albums from Robyn, LMFAO, Far East Movement, La Roux, Ellie Goulding and Feist, Cherry Tree Records unleash Frankmusik… Before crafting his own signature sound, Frankmusik (aka Vincent Frank) was known for his cutting-edge remixes for the likes of Lady Gaga and the Pet Shop Boys, along with his work as a producer with breakout artists like Ellie Goulding and Sky Ferreira.

The eponymous lead single “Do It In the AM” will be released July 18th and features friends and Cherrytree Records < http://www.cherrytreerecords.com/> labelmates Far East Movement, whom Frankmusik has appeared with on Jimmy Kimmel Live!, Lopez Tonight, Conan, and more performing their hit “Rocketeer.” Get a feel for “Do It in the AM featuring Far East Movement” with a hot new collection of remixes < http://soundcloud.com/igamusic/sets/frankmusik-do-it-in-the-am/s-7yRFW> by Les Loups, Jacob Plant and Crystal Palace that come just in time for warmer weather.

The Good Natured announce Video for ‘Skeleton’, the Lead Single from their forthcoming EP