Acclaimed singer-songwriters Badly Drawn Boy and Seth Lakeman have been announced for the Biotik stage at the Eden Sessions.

Badly Drawn Boy, otherwise known as Damon Gough, will be playing the stage in the picturesque Mediterranean Biome on June 30, before the evening headliner The Flaming Lips take to the main stage.

This is the third time Badly Drawn Boy has played the Eden Sessions, headlining in 2003 and returning in 2005 with Ian Brown. 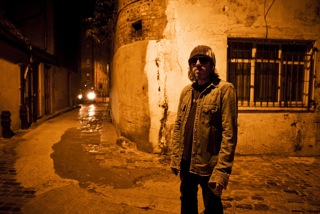 His debut album The Hour of the Bewilderbeast won the Mercury Music Prize in 2000 and he released his seventh and most recent record It’s What I’m Thinking Pt.1 – Photographing Snowflakes to critical acclaim in October 2010.

Badly Drawn Boy is appearing on the Biotik stage with other acts associated with the charity Manchester Aid to Kosovo, who support recovery in Kosovo by providing opportunities, resources, and developing partnerships. Other artists playing on the day include Liam Frost and The Travelling Band.

Dartmoor folk phenomenon Seth Lakeman will play Biotik on June 23, before Primal Scream headline the evening on the main stage with their Screamadelica Live show. 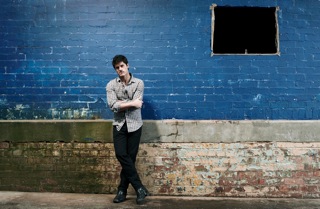 Seth has released five solo albums, including 2004’s Mercury-nominated Kitty Jay and last summer’s Hearts and Minds. He has previously collaborated with his brothers Sam and Sean, folk singer (and wife of Sam) Cara Dillon and Steve Knightley from Show of Hands.

Seth’s appearance on the Biotik stage is part of a programme of events for the day curated by insect-themed arts festival Pestival.

Biotik is the result of a long-term collaboration between the Eden Project and Cape Farewell, a creative project that brings artists, scientists and communicators together to engage people in the subject of climate change.

Each Eden Sessions date will feel like a one-day festival, featuring acts on both Biotik and the outdoor Stage Right Stage from midday, all included in the price of a Sessions ticket. 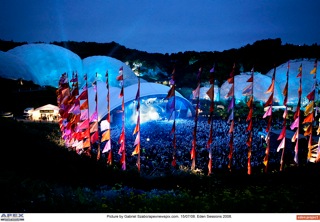 There are still tickets left for this year’s Eden Sessions, all priced at £37.50 plus booking fee. To see the full line-up for each day and to book, visit www.edensessions.com or call 01726811972.