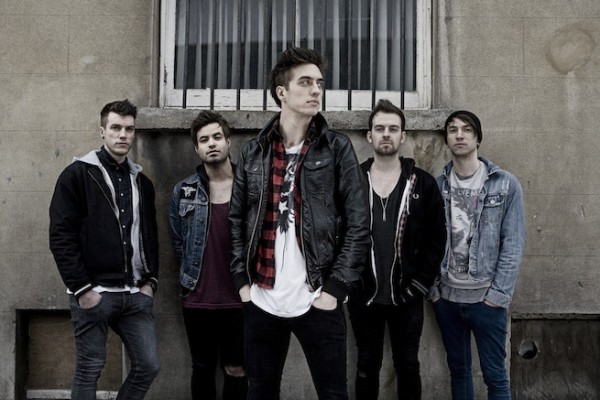 Since they emerged onto the UK’s flourishing rock scene at the beginning of 2009, Young Guns have become one of the most exciting new bands in the country.

Having continued to progress at an incredible rate, the Buckinghamshire quintet have swapped gigs to single numbers to supporting Bon Jovi, opening the main stage at Reading & Leeds, headlining a sold-out Electric Ballroom, announcing a headline tour that includes a date at London’s famous Forum venue, not to mention Radio 1 play-list spots, gracing magazine covers and appearances at the UK and Europe’s biggest festivals.

Originally released on July 12th 2010, on the bands own Live Forever label, ‘All Our Kings Are Dead’ made quite the impact on release, even narrowly missing out on a Top 40 chart position on its week of release.

Now, just under a year since it’s original release and following news of the bands plans to record the follow up in Thailand this summer at Karma Sound Studios, the High Wycombe rockers re-release their critically acclaimed debut, nearly a year to the day later, on July 11th 2011, with a host of new features on an accompanying DVD. ‘All Our Kings Are Dead: Gold Edition’ will feature:

o All of the music videos for the album’s singles. (Winter Kiss, Sons Of Apathy, Crystal Clear, Weight Of The World and the Kerrang! Awardnominated Stitches)

o The ‘Don’t Look Back, Keep Moving’ documentary, with the band recalling the steps along the way since the release of their debut EP ‘Mirrors’.

The band finish the ‘All Our Kings Are Dead’ era with their biggest headline run to date, taking in the following shows:

Rise Against launch video for ‘Make It Stop (Septembers Children)’ and announce collaboration with the ItGetsBetter.org Project