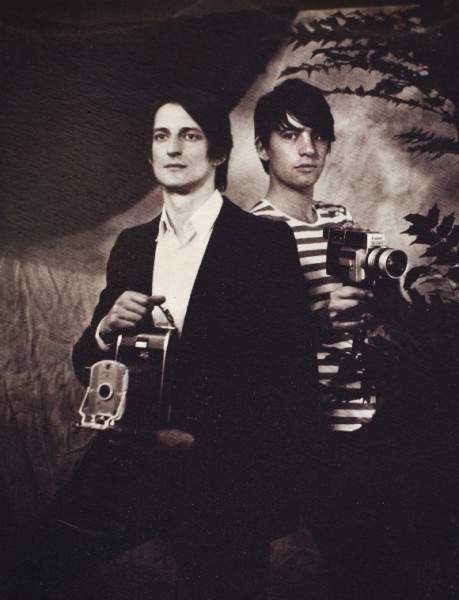 “Complex and delicate” – 4/5 The Guardian

Symphonic pop band The Leisure Society have announced details of a new single, along with details of a reissue of current album ‘Into The Murky Water’ plus a support tour with Laura Marling. ‘Dust On The Dancefloor’ will be released through Full Time Hobby on Monday 24th October 2011.

The single is taken from their critically acclaimed second album, ‘Into The Murky Water’, which was released in May of this year. The album will be re-issued on Monday 31st October and will include a 7-track bonus CD of covers, instrumentals, oddities and rarities. The tracklisting of the bonus disc is as follows:

It Dissolves In The Writing

Notions Of What Is Right

The Leisure Society have also just been confirmed to support Laura Marling on her forthcoming sold out ‘When The Bell Tolls’ cathedral tour, where they will play some of the UK’s oldest and most magnificent buildings. They will perform acoustically as a 4-piece on the tour.

Already this year they have played a sold-out show at London’s Union Chapel, performed an intimate and unusual acoustic gig at the SEA LIFE London Aquarium and were personally chosen by Ray Davies to perform and record with him as part of the Meltdown festival at the Southbank Centre. Watch a clip of this here on The Guardian.

Additionally The Leisure Society play a very special headline show at the London Barbican on Thursday 8th December 2011. The show will feature backing from the 30-piece Heritage Orchestra. Formed in 2004 by producer Christopher Wheeler and conductor composer Jules Buckley and based in the De La Warr pavilion in Bexhill, they are one of the best-known young orchestras in the U.K., celebrated for their collaborations with contemporary mainstream and experimental artists. They have recently worked with John Cale and also performed Vangelis’s Blade Runner soundtrack at the Massive Attack curated Meltdown.
Special guest at the Barbican show will be fellow Full Time Hobby artist, Texan singer-songwriter Micah P. Hinson.

As a result of the Laura Marling support slots, the band have postponed their UK headline tour which was due to go ahead in October – the dates have been re-arranged for February / March 2012.

Also, ‘We Were Wasted’, a track from their debut album ‘The Sleeper’, appears on ‘Tyrannosaur’, the forthcoming film written and directed by Paddy Considine and starring Peter Mullan.
And finally, much of Full Time Hobby’s stock was destroyed in the PIAS / Sony warehouse fire in Enfield – however some of their physical products and entire digital catalogue is still available via the FTH store here.