Roots Manuva new single ‘Get The Get’ 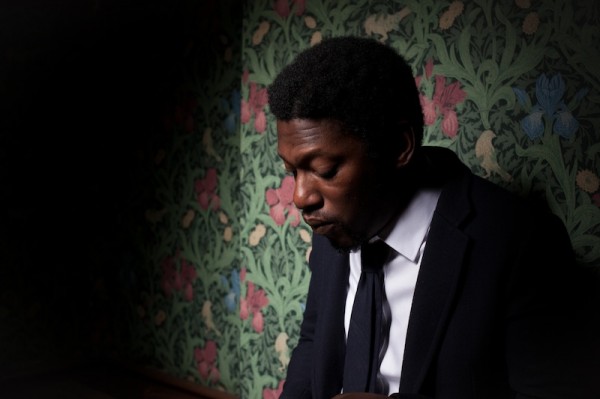 Roots Manuva comes storming out of the blocks with the first full single from his forthcoming album, ‘4everevolution.’ ‘Get The Get’ is a hyped up, clever party tune, which sees Mr Manuva apparently encouraging you to drink Italian wine (“soave”) whilst actually telling you to “get suavay” – a new Manuva coinage meaning (very roughly) to cut a rug in on your own personal, ragged style – a kind of “Party Rock Anthem” for nerds, dole-boys, crafts-girls and, well, people with some semblance of taste… Not since the crufatin liveth has Rodney Smith come out with such a hard-hitting dancefloor tune, his rhymes tight and energised and offset by some smokey, fifties-style vocals from up-and-coming young singer Rokhsan.

This superb introduction to the fifth studio album from Mr Manuva is filled out by a couple of lip-smacking remixes. Breakage takes a couple of lines from Smith’s vocal and strings them over a rhythm that references Shaka-style roots, early jungle and the very latest in dustepnology. Slugabed, meanwhile – responsible for the standout remix of “Witness” on Ninja’s 20th anniversary “XX” boxset – adds his own wonky, strung-out melancholy funk with scintillating results.

Roots Manuva – ‘Get The Get’ by Big Dada Sound

‘4everevolution’ is just a few seconds under an hour long, consists of seventeen tracks and covers every style from wonky reggae through pop-funk, street spitting, straight up hip hop, sung ballads and epic death-disco. It deepens much of what Mr Manuva has already achieved over a glorious decade of innovation, but also throws in enough new ideas and adventures to last most creative artists a lifetime. We think it’s his very best work since “Run Come Save Me.” We’re wondering (whisper it) whether it might be his best album ever.