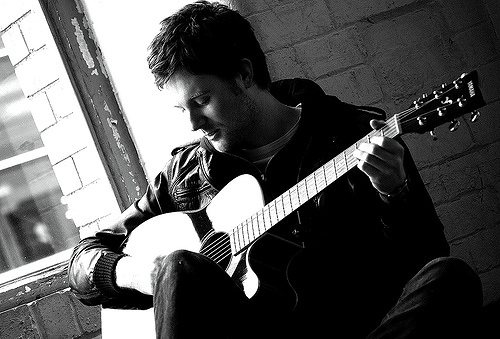 Following the January release of his critically acclaimed debut album SATELLITES, singer-songwriter Daniel Pearson has announced some select live dates along with a free download from his website.

Since the start of the year reviews of the album have seen him lauded as both “Britain’s best new singer-songwriter” (AllGigs) and “a genuine talent you’d follow through thick and thin” (Shout 4 Music), and his knack for crafting infectious melodies and bruised ballads has drawn praise from Uncut Magazine, Drowned In Sound, Americana UK, R2 Magazine, Croon and Leeds Music Scene. Support and airplay from 6Music, Q Radio and XFM have also helped to swell a growing fanbase, and the following live shows have recently been confirmed for the Spring –

Pearson will be joined by a backing band in Huddersfield and Leeds, and will be playing solo acoustic sets in Nottingham, Sowerby Bridge and Manchester. There is now also a free download available of WISHING WELL on his official website to accompany the live shows – head to www.danielpearson.net to get it.

Further details about each show can be found at http://www.danielpearson.net