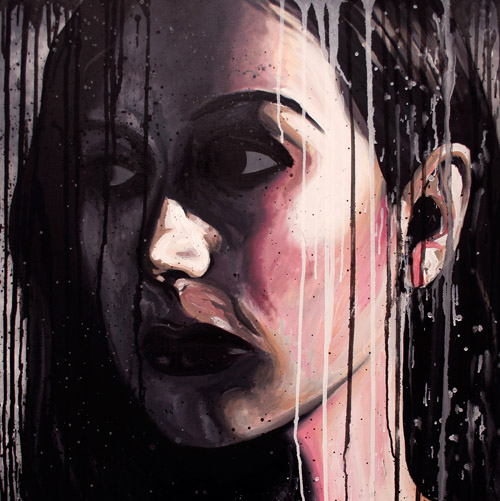 When Max Raptor released their mini-album ‘Portraits’ last April, the Midlands four-piece received widespread acclaim, and were given some muscular backing from the likes of Kerrang! Magazine. However, it didn’t really raise Max Raptor’s profile as much as one might have thought, save for a few decent support slots (New Model Army, The Darkness, The Stranglers). Their new single – ‘Carolina’ – is one of the highlights from said mini-album, and is perhaps the final push that ‘Portraits’ needs to finally reach the ears of the punk-rock mainstream masses.

Musically, it is somewhere between the melodic hardcore punk of bands like Rise Against and, maybe more so, Red Tape; classic punk; and alternative pop-rock such as Feeder. The riffs are aggressive, and the lyrics (about troubled fictional family members) are sung and shouted (but not screamed) with the kind of urgency that Billy Talent have made a career out of. Fontman Wil Ray has a very fitting voice for a punk-rock band, having the versatility to provide playful melodies, angry spoken-word, and tuneful shout-a-longs. The drums and bass are suitably beefy, but aren’t given much room to flourish – this particular song is all about the guitars coupled with a ferociously infectious chorus.

Check out ‘Carolina’ through Naim Edge Records as of 27 February. Max Raptor are a finely tuned (and cleanly produced) melodic punk rock band that deserve some wider recognition, but here’s hoping they cough up some new, non-‘Portraits’ related material soon.

Dirty Three – Toward The Low Sun