Bravestation release ‘Signs of the Civilized’ on free download 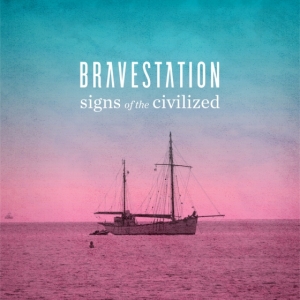 Toronto “compelling experimental Pop” act Bravestation have just dropped a free download of brand new track ‘Signs of the Civilized’. After almost a year in the wilderness, both figuratively and literally speaking if their video for ‘White Wolves’ is any thing to go by, ‘Signs of the Civilized’ is the first track from their upcoming debut full-length, scheduled for a summer release.

The track looks set to build upon the success of their self-produced, self-released 2010 EP, which attracted considerable critical acclaim and facilitated a tour of the UK amongst other things. Here’s what people have been saying about ‘Signs of the Civilized’ so far:

“If you’ve been hungry for this four piece, their new single “Signs of the Civilized” should further salivate your senses…there is a retro flare complimenting Devin’s beguiling voice.” – Earmilk
“I’m psyched… these new musical instrumentations and influence are doing it for me, totally into it.” –Indie Music Filter
“The song has a tropical/futuristic vibe. Excited to hear the rest of the full length.” – Friends With Both Arms
“Bravestation’s new material appears to be something special, music that’s rather transcendental with its evocative, and seductive, tones.” – Mixtape Muse

The track can be heard at their Bandcamp page – http://bravestation.bandcamp.com/

Future of the Left to release new single on 12th March