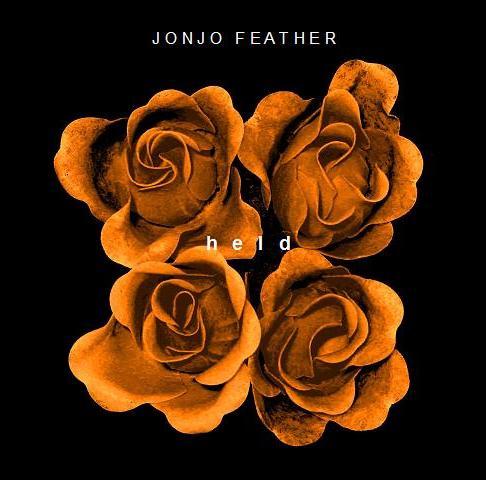 The album begins with 10:04 a.m., fading in with a tip-toe of piano and a whisper of vocals. It’s a beautiful first track, melancholic and touching with interesting lyrics and intimate vocals. A great start to the album, makes you replay the first track even before hearing the rest of the album.

Colder Somehow opens with glockenspiel and piano, giving a sense of innocence and nostalgia to the track. We are greeted with more whispered vocals, which again are used to beautiful effect, especially mixed with the vocal harmonies. There’s something very dreamlike about this album.

This feeling carries on into Comma In The Words, with wonderful when audible lyrics and soft harmonies. The mixture of piano, harmony and whispers gives the album an almost religious feel to it. Jonjo Feather brings some variety and a little experimentalism into a scene, which although filled with many talented acts, is also saturated with a lot of similarity and lack of experiment.

The next track, Could You Ever blurs in with feedback and eerie vocals. There is something quite creepy about Jonjo’s soft vocals throughout the album; however this is by no means a bad thing. It fits in very interestingly with the vocals. Still when Jonjo says, ‘Could you ever love me back?’ you wouldn’t dare say no.

Forget I’m Real features delicate guitar amongst hazey vocals, building up to more prominent guitar as the song goes on. It’s the loudest song yet and still remains as soft as snow.

Paper Mache Stars is as lovely as its title makes it. Baby soft vocals meet sad piano and astral harmonies. Sleep opens with spooky feedback before creeping into Jonjo’s soothing whispers. It certainly does give the listener a feeling of having a very strange dream, especially mixed with the gospel-esque harmonies.

The album ends with Snow, typical in style of the majority of the album, soft piano and woozy vocals. Wonderfully relaxing and touching. Overall, a beautiful album which makes a nice change from what a lot of bands seem to be churning out lately.