Matt Finucane – Glow In The Dark 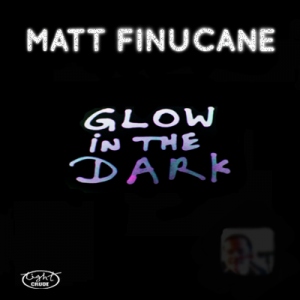 It starts with a few guitar strings picking then becoming a faded guitar strumming introducing a voice from the underworld. It’s dark, very dark. I can’t see anything glowing yet.

Matt Finucane is from Brighton. After leaving art rock band Empty Vessels, he started his solo career releasing Episodes EP on 2008, singles Wet Dream Disaster and Hands Up on 2011 and the first album This Mucky Age the same year.

Lou Reed comes to my mind together with Mark Lanegan and a good dose of nihilism.
The sound is generally dirty and smelly, the sound of an abandoned kitchen in a dark metropolitan street at night.

Hard Science is the single of the album, a rough and crude electric guitar with a simple rock rhythmic, catchy but boring after 3-4 times. The third track, Face Of Stone comes straight from hell and leaves mixed feelings as the song is basically divided in two moments. The first two minutes probably too repetitive and flat and the second half starting with the ghostly whispers of a nightmare giving moments of extreme creativity, a beautiful bass line, haunting vocals and the interesting touch of the guitar on the back. Impermanence is a faster and more complex piece of art rock, with a Bowiesque second vocal lah-lah-lalalah that emulates Damon Albarn, a general electric feeling with the keys and circular beats.

The album slowly grows up. Larkin’ is a Velvet Underground styled song with a pretty work on drums and beats, a lovely guitar, touching voice and a bunch of disturbing sounds here and there. Next Great Beginnings is an irresistible retro groovy upbeat, Doom Vibes is the fearing, poignant and mesmerising voice of the afterworld. Visionary, original, one of my favorite track of the album.

Passing by the love song Love Unknown, the electronic sounds of Nemesis #2, the bare tribal and mysterious yr Own Poison the album ends, surprisingly, with Alter Ego Hi-Way a slow paced electro rock tune. I was expecting some obscure instrumental ending.

Glow in The Dark is a celebration of discordance, excavating our personal darkness to find the conflicting and often disturbing realities hidden in our heads.
Not to be played in a romantic date.