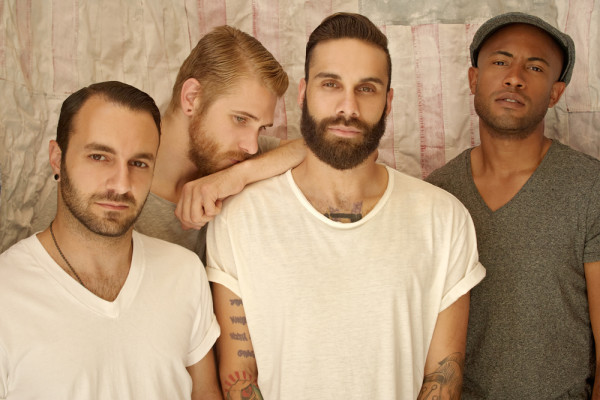 On this cold Wednesday evening on October 7th, the LA band letlive. are back in Manchester to show the UK how to rock out and go absolutely mental at a gig. The last time the band hit our shores for a tour was back in 2012 and their fans have been dying to have the self-proclaimed Soul Punx back ever since, as the bands reputation has been growing.

letlive. are from LA and have finally hit UK shores this month to blast out tracks from their excellent album, The Blackest Beautiful, which came out in July. letlive. are here to show the UK how to rock properly at a gig…

Kicking things off are The American Scene, a slower paced band who play their hearts out to the room which is a slowly filling up to it’s a capacity. Next up on the line-up are another American band, called Night Verses, who hail from the east and west coasts of USA. They are a post hardcore band, who immediately launch into a heavy set from the start. The vocalist Douglas Robinson head bangs along, while the drummer Aric Improta leaps from off his drum stool, into the air, and back down again onto it, to carry on the beats throughout the set. Night Verses get the crowd’s bloody pumped ready for the headliners, and almost certainly grab the attention of a few new fans.

Onto the night’s headliners, letlive., who have a lot to live up to, after I saw them at The Cockpit in Leeds a few nights ago, and which is now one of my favourite gigs for a long while, maybe ever. letlive. are smiling from the onset, and the atmosphere and energy in the room is an amazing presence to be part of. As letlive. launch into the lead single from The Blackest Beautiful album, ‘Banshee (Ghost Fame)’ it makes the fans go wild; they surge forward towards the stage, the pit opens up and crowd surfers start to come over head thick and fast.

letlive. are promoting songs from The Blackest Beautiful, but also from the 2010 release Fake History, (as it was never fully toured in the UK back then), and all the songs played are amazing to finally hear live. The strong favourites, which get the crowd into a frenzy are ‘Pheromone Cvlt’, which has plenty of voices screaming/singing along as well as dancing with the melody. 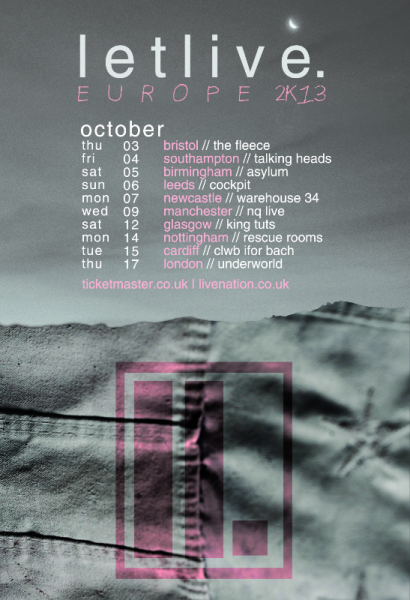 As ‘Muther’ is announced a cheer raises up, and people sing along, right through to the end, where the crowd over takes Jason Butler with the “Don’t you cry momma, we’ll be ok” so loud, that he stops, fills up with tears, smiles along with the rest of the band and takes the time to appreciate where they are, absolutely struck with the awesomeness of the moment.

The band take a short respite and come back for an encore, which is a Fake History encore, with ‘Le Prologue’ and ‘The Sick, Sick, 6.8 Billion’. Throughout the songs the band give it their all, meaning Jason leaps into the crowd and swings literally from the ceiling, and just hangs out above their heads. Out ring the guitars from Jeff Shayoun, and the hard-hitting drums of Lionel Robinson, to kick off ‘Renagade 86’, which is my personal favourite, and that of everyone in the room, as they go mental for one last time.

letlive. are absolutely brilliant live, with the appreciation of tonight’s crowd all over the faces with beaming smiles, while leaping into the crowd and then encouraging the wave of crowd surfers. letlive. are one of the best live bands out there, and most certainly will not be in a 450 cap room for much longer. Let’s hope they hit the UK in 2014, for a replay of the Manchester performance tonight!

A CHAT WITH: MARIA MULDAUR