Only in its second year, Beacons Festival – which ran from the 8th to the 10th of August and on a farm in the town of Skipton – has a different vibe compared to other festivals, or the usual idea people have of a festival. With a variety of things to do around the site, from installations like the 12 Months Of Neon Love to poetic performances, the festival attracts a wide range of people; people who are usually missing from the larger festivals.

Friday started off nicely with The Witchhunt and even though it was early in the day and not many people were on site yet they still managed to fill the tent, with Louisa using her powerful voice to the best of her ability to bring the tent to life. Up later on the Noisey stage was Nai Harvest, giving the stage its name, as I was used to listening to them in a smaller venues – I was surprised by how good they sounded and Nai Harvest took full advantage of this with the crowd responding in kind, dancing in time with the beat that drummer Lew was providing and there was even some crowd surfing to finish off the set nicely.

Over on the Loud and Quiet stage there was a definite lack of quiet with DZ Deathrays, who took to the stage to show off their prowess. The two-man group from Australia didn’t draw the biggest crowd of the night but they sure were dedicated, singing every last word with Simon leading the charge, demonstrating his power over the drums.

One of the main highlights of the day was a dance off, with 10 people from the crowd chosen, separated into teams and made to face off against one another; each person was then eliminated leaving only four left. These are the kind of events that can make a festival so great, stumbling upon something unexpectedly amazing, like throwing a bunch of strangers together and having them dance with one another with so many other people watching. 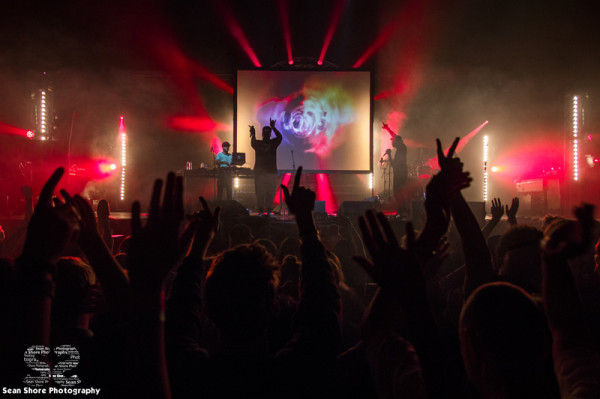 Saving the best of the night ’till last… Action Bronson – what a performance, slowly walking on stage wrapped in a blanket, much to the approval of the crowd who had been anticipating his arrival since the start of the day. With no time to waste he breaks into his first song and if you looked around at the crowd there wasn’t one person who wasn’t shouting the lyrics back as loud as they could. It’s understandable that they call him a fast-rising hip hop star – having complete control over the whole stage, it seemed like the whole crowd would bow down to him if he asked it of them.

Due to the late night activities that Beacons Festival had put on for last night’s revellers the partying carried on well into the morning; because of this, we all needed something to ease us into another day of partying and Beaty Heart were the perfect remedy, a (folk rock) band with an electronic edge to slowly bring the hungover crowd back in to the swing of things (and ready to party again into the early hours).

Seeing Beaty Heart and eating an amazing pulled pork sandwich from the Reds BBQ stall was the perfect mix to prepare me for Indiana – playing on the energy that had being built up in the morning, the mix of a dance beat and Indiana’s amazing voice were a match made in heaven, even better because I had stumbled into this stage by accident.  I’m sure I will continue to listen to these guys after the festival is long finished. To cap the set off the played their own rendition of ‘Tainted Love’ which they managed to keep mellow like the original, but they also managed to lift the song to new heights thanks to the powerful voice that Indiana possesses. 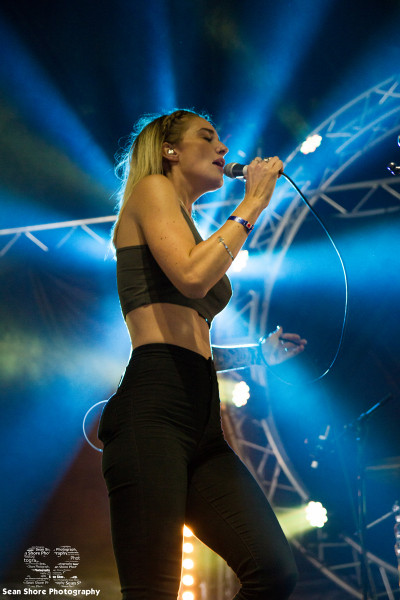 With each and every hour that passes the artists get better and better and Moko is no exception – just like Indiana, she possesses an extremely strong voice and uses it to power the room; even better for her as she was moved up onto the main stage due to Charlie XCX dropping out. This gave Moko an even better excuse to show the festival that she should have been on main stage from the start – with only her and a drummer on stage, all attention was on her and rightly so as she blasted through each and every song with precision.

Yet again, Beacons leaves the best ’till last: with the main stage filled to breaking point, Jon Hopkins walks out to everyone’s arms aloft while shouting and screaming as loud as humanly possible. As soon as he starts the music up the crowd soak up the dance vibe moving in time with the music, whether that be jumping up and down or just swaying on the spot, eyes closed. It wasn’t until well into his set that things started kicking off though, when balls that lit up were thrown into the crowd; this then riled them up for even more music because even though Jon Hopkins was the last artist of the day, the festivities didn’t stop there – everyone once again moved into the Resident Advisor arena.

Once everyone was sufficiently revitalised for four more hours of music, the Resident Advisor stage was ready for them but this time with a difference – Special Request was waiting for them and unlike previous artists who have played in that tent, there was no light show, so everyone was in complete darkness. This did not dampen the spirits of the people who couldn’t see though –  they carried on as normal, not even noticing and, just like Friday night, they danced well into the morning completely immersed in the atmosphere. 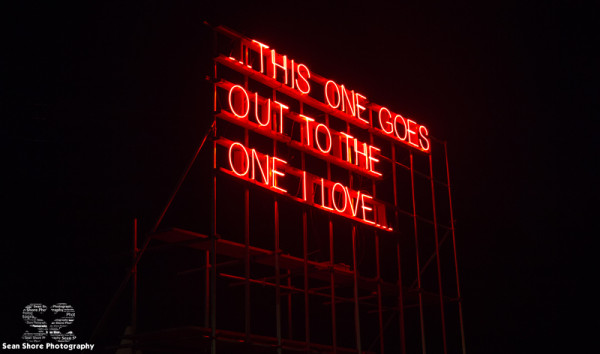 Sunday morning started off very slowly with people recovering from the past two nights of heavy partying; most people were not moving until past midday and the people who were, were packing up and getting ready to leave. Once everyone had somewhat recovered and pulled themselves out of their sodden tents due to last night’s storm they trudged through the grounds on the way to today’s offerings.

Over on the Loud and Quiet stage were The Wytches. With both lead vocalist Kristian and bassist Daniel jumping all over the stage, they don’t leave the crowd any option but to bounce along with them, at least until Kristian’s guitar strap broke that is, yet it still didn’t stop the flow as he just played through the problem and continued to move around the stage as much as possible. But it wasn’t until Slaves walked on over at the Noisey stage that things really got warmed up – the two piece band really got the crowd moving via their upbeat tunes with Isaac standing up to play his drums; something that not a lot of other bands can do.

We then quickly moved over to the main stage to see what all the fuss was about Neneh Cherry with RocketNumberNine. After a slight delay she walks on and you can tell that people are glad she is finally on stage, with the noise reaching new levels. Even though she was the only one moving around the stage, she commanded it brilliantly. Quickly moving from one song to the next, she switches from melodies to rapping with ease and it isn’t long before you notice how much time and work has gone into the music, especially from RocketNumberNine brothers Ben and Tom Page, who bring drum-heavy electronic music into the limelight. 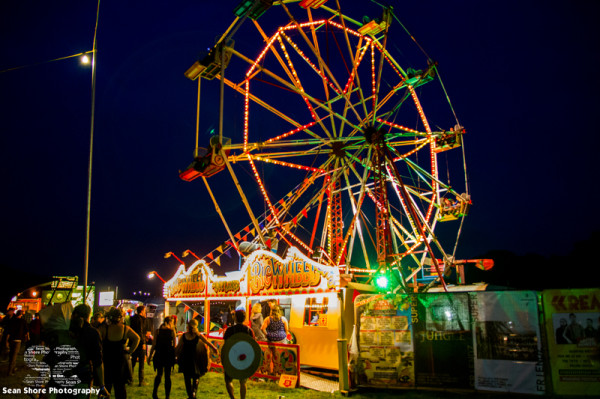 Rushing back over to the Noisey stage so I could see a band based purely on their name was Fat White Family, but judging from the size of the crowd that had already formed before they had even come on stage, it seemed I wasn’t the only one that was curious. After a few minutes of waiting for the guys to walk on stage, vocalist Lias arrives and immediately sits down, taking off his boots to start the set. With a rock ‘n’ roll feel to the music, but with wit and tension intertwined, the crowd are immersed in the killer tunes being pumped out the speaker. It’s a shame really that the was a barrier in the way, as with previous shows there were stage invasions and crowdsurfing as well as the band themselves climbing the walls; it seemed that they had tamed the performance somewhat, yet it did not take away from the overall quality and the crowd loved every minute of it.

Last band on was Eagulls and even though big players Darkside were on the main stage pulling in the largest crowd, the Noisey tent was still packed and brimming with excitement. As soon as George walked on stage with a bottle of Jim Beam in his hand the tent erupted and Eagulls broke into the first song; it seems that the bottle of Jim Beam was opened a while back as it doesn’t look like George was giving it his all but never the less he is giving the crowd exactly what they want and they fill in the gaps that he misses. As they move through their set the crowd become more and more involved, with arms and hair being thrown all over the place and it isn’t until the Nai Harvest lead singer starts to crowdsurf that they really get the hang of things – from then on everything breaks loose, the crowd are completely lost in the music, jumping, shouting and screaming anything to make some more noise, all the while George continues to drink from his bottle.

For me, Indiana was the highlight of the weekend for me – she has clarity and power in her vocals that rival the likes of Paloma Faith and Amy Winehouse, but nothing can ever take away from the atmosphere that the Resident Advisor stage held, I could walk in there and lose myself for a few hours and not even realise it. With all this, Beacons Festival has got to be one of the best small weekend festivals I have ever attended – so laid-back and chilled, it was definitely a good festival for all ages; there were a lot of families present, but it did help that there was a kids section which included a bouncy castle. I can tell you now that this festival will be like fine scotch – it only gets better with time and next year is not far off with early bird tickets already on sale. 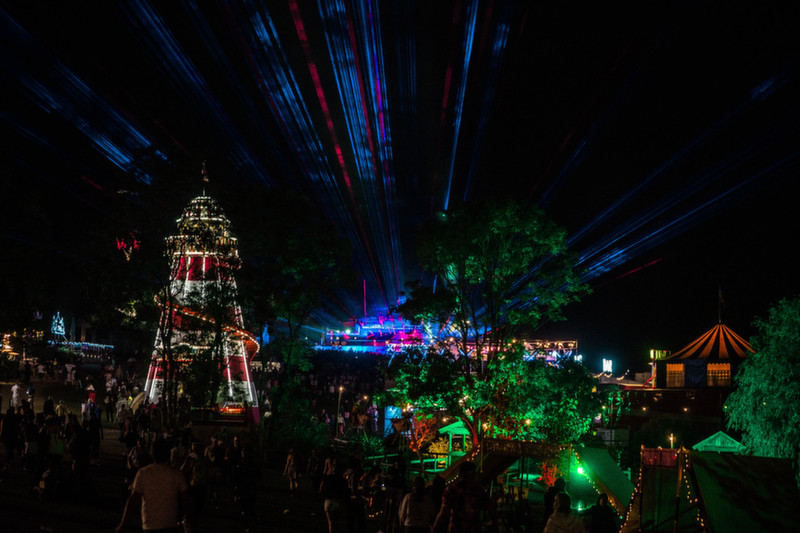 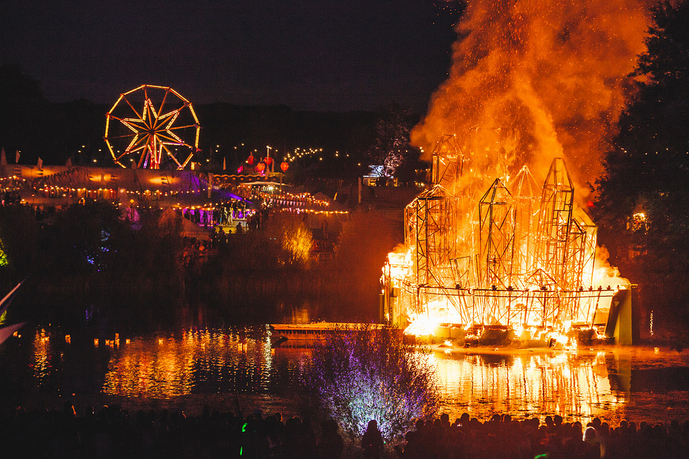