Before alt-rock trio EnterTheLexicon took to the stage at a recent gig in Birmingham, AAA’s Sean Shore pinned down the Newcastle band for a quick chat…

How has the tour been so far? What was the reception like playing in your hometown?

It was awesome! Really good and we sounded good live, and as it was the hometown it meant that much more people came out to see us.

At first I hated the name. I thought it really sucked, but then none of us came up with it. Once we were told what it meant I thought it sounded really good, I liked the meaning behind it and then decided to use it.

Now moving on your self-titled EP. What are the influences that run behind the motivation to write this, especially the single ‘Do You Feel The Same’?

We don’t know really. We didn’t aim for anything in particular, we just started jamming together. It didn’t really come from anywhere, it just happened and it just came out of the moment. We started to work on each of the songs together and it started to sound like progression as a band; it’s definitely different now from what it used to be when we formed.

What’s the reception been like for the EP and what was it like seeing yourself on Scuzz TV?

We haven’t actually seen it – we’ve seen photos of us, which is pretty cool, but we’ve never watched it. There’s been people coming up to us, like friends and randomers, saying they’ve seen us on the TV – like someone at work came up to us and talked about it; it was a surreal feeling. Someone turned up to a gig in Workington and said they had seen us on Scuzz – it was weird, like ‘you’re not from Newcastle’, we’re not used to it. The reception to the EP was awesome. We’ve sold so many copies and for a small local band; it was quite a big achievement for us. I think it may have been ’cause we went quite for a while and then came back with this. The release gig that we did – it was only a small venue because we weren’t expecting anything – was rammed; it was really good and after that we got signed to Kill/Hurt, so it must have been good.

You’ve been together for about three years now. What do you see for yourselves in the future?

Whats your biggest achievement to date?

That’s a hard one. When we were on TV, 14-year-old me would’ve been like ‘that’s it!’, but probably one of the local gigs where they’re singing the songs back; when people get our music.

What would you say to the younger generation that want to start a band? What would your bit of advice be for them?

Get ready for a lot of shit, don’t stop what you’re doing and don’t let the lows get you down, because there will be a lot of those and to be honest it’s all about chance – you could make or you might not, it’s all down to chance. Get over the lows and make the most of the highs, would be the number one thing, and don’t let what anyone else is doing worry you. Concentrate on what you’re doing – as long as you like it then it doesn’t really matter what anyone else thinks. 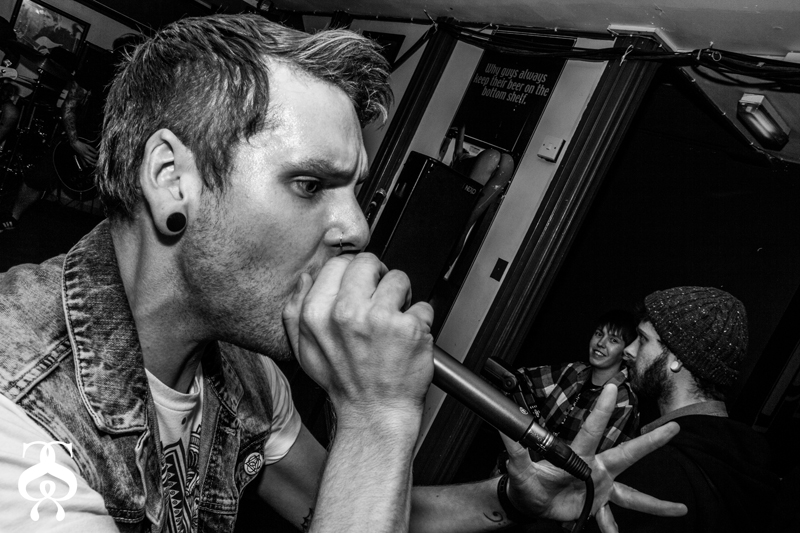