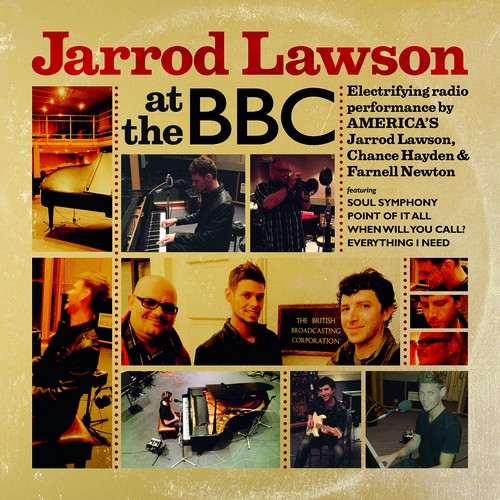 Gifted singer songwriter and pianist Jarrod Lawson, from Portland, Oregon, has received huge critical acclaim worldwide. He released his self-titled debut in 2014 and within months he’d toured Europe and been identified as the hottest new soul talent in a decade.

The album was recorded at the legendary BBC Maida Vale studios in 2014 and broadcast on the Gilles Peterson worldwide show on BBC 6 Music. Guitarist Chance Hayden plays on all tracks, whilst trumpeter Farnell Newton guests on two.

Jarrod’s jazzy new composition ‘Soul Symphony’ breezily flows towards two covers, a wonderfully mellow ‘When Will You Call?’ by Bilal, and the bouncy and captivating ‘Point Of It All’ by Anthony Hamilton. With ‘Everything I Need’, a longer version than in his debut album, we witness the amazing range of his rich and sensitive voice.

Jarrod is a bright soul star who’s rising fast, merging jazz, funk, blues, gospel and Latin. He’s variously praised as being fresh, stunning, focused, inviting, and magical. Comparisons are inevitable: the quirkiness of Jamie Cullum, the relaxed tone of Stevie Wonder and the improvisation of Chick Corea. The debate will inevitably continue, but there’s certainly something special about him.

Jarrod Lawson at the BBC will be available from London’s Soul Brother Records and at all his European live dates in 2015.

Jarrod Lawson will be touring the UK from April 10th. Click here for dates and info…