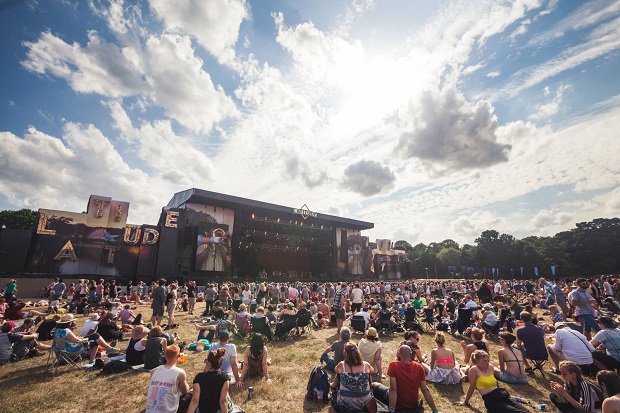 Amongst the increasing wave of summer festivals that seem to be appearing in the UK, Latitude, in its 10th year, is undoubtedly one of the finest and most magical around. Making use of the natural beauty of Suffolk’s Henham Park, hosting a series of dance parties in the woods, and opening its swimming lake to anyone willing to take a soak in the summer sun, Latitude excelled in delivering an inviting and relaxing festival experience. This was only furthered by the stunning weather over the weekend that helped really bring the atmosphere to life.

Alt-J lit up the main stage on Friday evening, silhouetted by a highly impressive light show. Aligned across the stage, they were still and simply sung their set to perfection. Following plaintive intro ‘Hunger of the Pine’ the crowd broke into a dance frenzy once the bass dropped for ‘Fitzpleasure’. There were moments of awe as a collective wave of solitude washed over the crowd in the stillness of ‘Matilda’. Playing off their anticipation Alt-J finally gave the crowd what they wanted ending with ‘Breezeblocks’ after a four song encore. Outside the main arena midnight water dancers enchant passers-by. Onlookers stop to admire projections of music legends such as Jimi Hendrix and Slash displayed in the mist erupting from the river, and dance to magnetic funk grooves resonating from picturesque woodland.

Drenge fearlessly took to the BBC Radio 6 Music Stage early Saturday afternoon. The energy immediately lifted as the Loveless Brothers wasted no time in feeding the ravenous crowd with powerhouse anthems such as ‘Gun Crazy’, ‘We Can Do What We Want’ and ‘Bloodsports’ while ‘Standing in the Cold’ and ‘Let’s Pretend’ left me feeling like I was brooding at the Bronze in Sunnydale. There was a sense of danger and ferocity throughout the set, heightened by bassist Rob Graham launching his instrument into the air. There’s definitely a reason these guys are regarded as one of the best live UK bands in recent years.

Silence echoed through the crowd before the invasive bass-heavy intro to The Thurston Moore Band’s ‘Forevermore’ brought the arena to life once more. Willingly lost in the sonic nuance of the band’s set, the crowd moved in a trance to the massive bass lines and persistent drum beats that ended with the beautifully enigmatic ‘Turn On’. Self-confessed miserable bastards The Twilight Sad captivated the late afternoon audience with an energy that radiated from front man James Graham, who in a fit of excitement threw his mike stand into the air and whose passionate performance rivals that of Future Islands’ Samuel T. Herring. Their set was dark, epic and full of post punk anthems such as ‘I Became a Prostitute’, and ‘And She Would Darken the Memory’.

Savages at 19:20 on Saturday evening ripped the BBC Radio 6 Music Stage apart. Their fearless and uncompromising performance took post punk to the extreme with lead singer Jenny Beth affirming her place on the stage chanting ‘I Am Here’ over the primitive percussion of Fay Milton. Gemma Thompson unapologetically shreds her guitar during ‘Husbands’ as Ayse Hassan’s bass line penetrates the hearts and souls of the crowd. Jenny Beth fearlessly makes her way to the crowd for the second time during ‘Fuckers’ launching herself into the arms of her adoring fans – a heart-stopping performance from one of the world’s most invigorating and exciting bands. 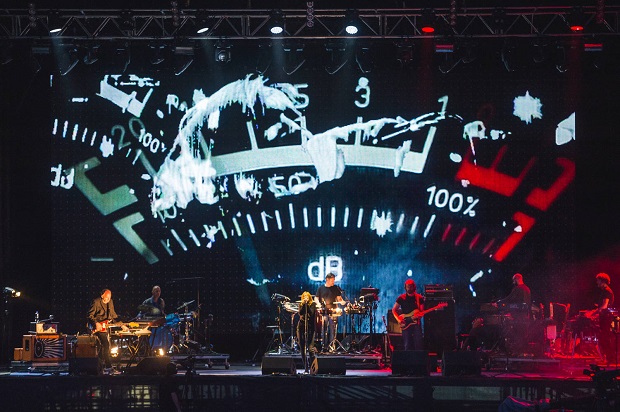 While the energy was different the tone remained pretty much the same as Portishead took to the main stage. The band set a dark and intrinsically brooding tone to wind down Saturday evening while front woman Beth Gibbons’ haunting and beautiful vocals echoed favourites ’Glory Box’ and ‘Threads’ through the Obelisk . Portishead’s performance was enriched with surprises which included a guest appearance by Thom Yorke during ‘Rip’, not to mention the demonized laser gaze of David Cameron.

The relaxed atmosphere of Latitude persisted through Sunday as the Suffolk dust danced in the summer breeze to blues legend Seasick Steve. Generating nothing but good vibes Steve serenades his hillbilly ‘Queen Bee’ – who he pulled from the crowd – during ‘Walkin’ Man’. The crowd were mesmerised by the southern charm of Steve who proves that all you need to make great music is a Mississippi license plate, a washboard and maybe a string or two.

There was something so calming about watching Los Angeles four piece Warpaint vibe out on Sunday evening. Veiled by a dusty curtain, they beckoned and dared the audience to come and dance with them through ‘Keep it Healthy’ and ‘Disco/Very’. Later, La Roux, looking iconic and bringing disco beats to life for pop favourites ‘I’m Not Your Toy’ and ‘In for the Kill’ had fans eating out of the palm of her hand as she lit up the BBC Radio 6 Music Stage like a 1980’s dance floor. Meanwhile indie legends Manic Street Preachers, supported by a sea of adoring fans, chant their way through 90’s classics ‘Your Children Will Be Next’ and ‘A Design for Life’.

Latitude 2015 embodied everything that a summer festival should. An eclectic range of music, comedy, art and culture for all ages and diversities, it is rapidly becoming one of the most unmissable events of the summer calendar. Complete with wondrous woodland soul, swimming lakes, a billing of top music acts and – oh yeah! – secret shows from Ed Sheeran and Thom Yorke, it had all you could have hoped for and more, all within the seductive heart of Henham Park. 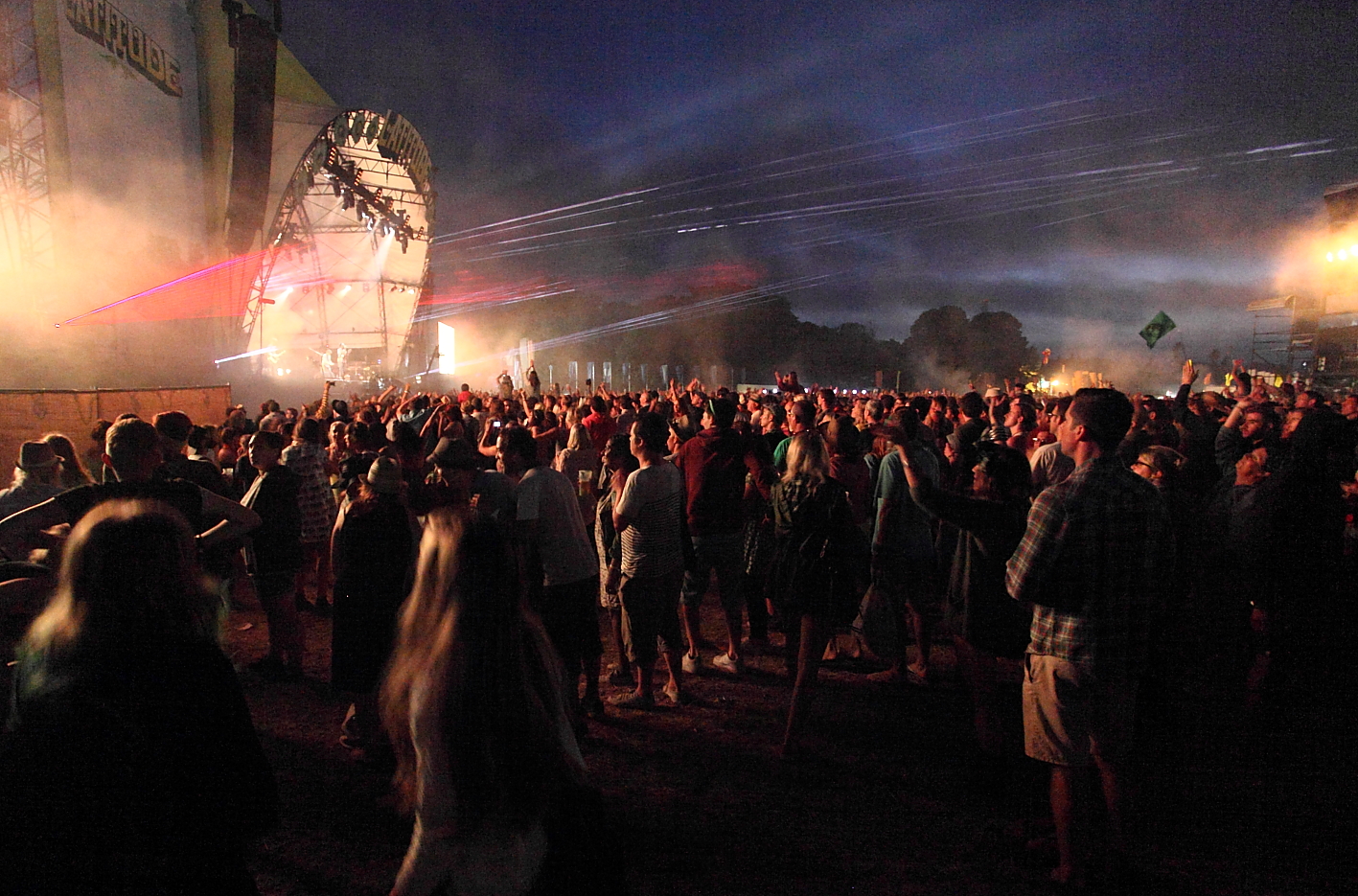