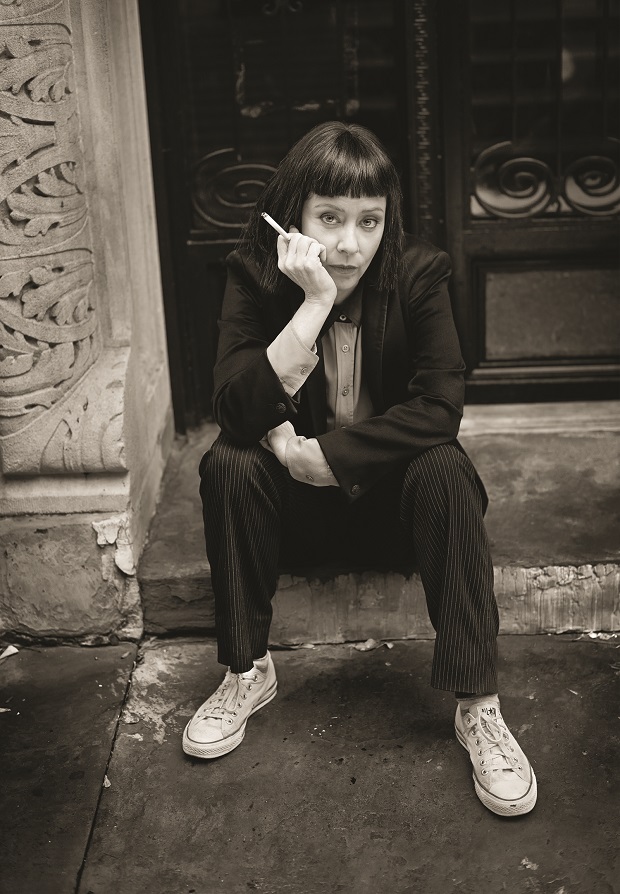 Legendary singer songwriter Suzanne Vega is known worldwide as an innovative folk artist and, in particular, for classic songs like ‘Luka’ and ‘Tom’s Diner’ . Interviewer Anthony Weightman chatted to her in New York ahead of her European tour and the release of her new album Lover, Beloved : Songs From An Evening With Carson McCullers in October, 2016.

Anthony Weightman: How are you feeling about October which looks like being a very busy month for you?

Suzanne Vega: Let me clarify. The production in Los Angeles is not going to happen.  The girl who was going to play the young Carson McCullers has got a big role in a television show. This album is a preview of a new version of the play which is going to be performed next year in a world premier and I will act in it. It’s a one woman show.  That will be announced in the early Spring of 2017.

Anthony Weightman: You’ve spoken about trying to accurately reflect Carson McCullers life and personality on stage. She was a tough, wise, ambitious  and compassionate woman who felt strongly about human rights and a brilliantly funny and idiosyncratic writer who spoke about solitude, repression and unrequited love. Am I right in saying that, over the years, you’ve torn up the script many times in a determined attempt to get it right?

Suzanne Vega: Yes. The first time I did it was when I was at college. Then I put it away for thirty years. Then I took a stab at it five years ago. Hopefully, this will be the third and final time. We’ll see how it’s received. I’m happy with it because it’s now a play that other people can do, not just myself. My dream is to do it for a while and then have other people do it. I’d love to see someone transgender do the part or someone who has some of Carson’s actual disabilities. This is my dream that the piece will go forth into the world and have people see her spirit on the stage in different kinds of productions.

Anthony Weightman: You’ve mentioned that health problems are fortunately something you do not share with Carson McCullers. I understand that she formed a friendship with W.H.Auden whose poetic theme was often about the way that people are detached from the suffering of others. This theme is in his version of the story of Icarus taken from Greek mythology. Icarus flew too close to the sun with his wax wings and, when he fell into the sea and drowned, the “expensive delicate ship… sailed calmly on” detached from what was happening. The man out ploughing in his field showed no interest at all. Do you think Carson McCullers was inspired and influenced by his poetry?

Suzanne Vega: It’s possible. She definitely was a friend of W.H.Auden. I don’t know if she was inspired by his poetry. She read constantly and was influenced by a lot of what she read. It’s difficult to tell where the influences came from. She boiled everything down into something that was fairly original. She considered herself part of the Russian strain of writing. She never really liked being classified as Southern Gothic, which is kind of funny, considering she was a young girl from the deep south. She called Auden “Winston” all of her life and she never got his name right, even though they lived together in a house in Brooklyn.

Anthony Weightman: Apparently Carson McCullers did actually did say “I have more to say than Hemingway”. Ernest Hemingway had this economic style of writing where he radically pruned language, making it tight and without much punctuation, avoiding complicated sentences, sometimes in preference for ones that were almost childlike in their simplicity. He wanted to use dialogue, action and silence to create meaning. I’m curious to know how you personally interpret this quote. Was it a criticism of his writing style, or a dislike of something she saw as superficial or something else ?

Suzanne Vega: It was a criticism of his writing. She liked him, but she felt that he postured a lot. She honestly felt that she had more to say than Hemingway. You can take that at face value. The joke of  it is that that’s the whole style to Hemingway’s writing. He withholds so much of what he’s writing about. It’s kind of funny but, on the other hand, I think she honestly meant it as a criticism and was also offering up her own work as an example of how she felt it aught to be done.

Anthony Weightman: The idea is there in your song ‘Harper Lee’ that Carson McCullers might have considered herself “twice as bold” as Virginia Woolf. Reading about Virginia Woolf’s personality, it’s interesting to look at her timidity and there do seem to be some bizarre inconsistencies. One the one hand she was desperately shy, sometimes awkwardly silent, quivering with nervousness. On the other hand, apparently,  a warm, lively and amusing conversationalist who often exploded with outrageous laughter. Can we assume she was probably a mixture of all of these things ?

Suzanne Vega: Of course. I think, compared with Carson McCullers, Virginia Woolf was extremely refined and very nuanced. Carson had a very raw streak to her. She was a drinker and a smoker who hung around with guys and lusted after women. Yes, I think that Virginia Woolf was a series of contradictions.

Suzanne Vega: I don’t know. I tried to get into Catherine Mansfield myself and I didn’t quite manage to do it. So that’s one attraction that’s alluded me personally. I’ve read some of her work and letters.

Anthony Weightman: I understand you were a little disappointed at some of the reviews that Carson McCullers Talks About Love received in 2011, even though it was praised as warm, convincing and humorous. Personally, I didn’t see the production, but if you create a night club world on stage and pay tribute by mixing together different elements from a persons life, do you feel that, inevitably, it’s going to appear a little bit messy, chaotic and fragmented.

Suzanne Vega: No I don’t think it’s inevitable. I think there are good plays about people’s lives. For example Master Class about Maria Callas was entertaining, convincing and gave a context to her life. The Belle of Amherst about Emily Dickenson also gave a context and a sense of place. With the last production I did I was trying certain things out and, in the end, I was not satisfied with what we did. That’s why I’ve re done it in this new way. There are two acts. The first takes place in 1941 and Carson McCullers is a young woman of 23. She’s just had her big success with her first novel and she’s having not so great a time with her second novel. She’s giving a lecture in New York City which goes awry as she’s drinking during the lecture. The second act takes place in 1967 at the same venue. This is a retrospective in which she talks about her life and work. So, it’s a very different piece now.

Anthony Weightman: Can I assume that thoughts of your autobiography are still on hold for the time being, but that there are still plans?

Suzanne Vega: Sometime in the indefinite future, I’m sure. 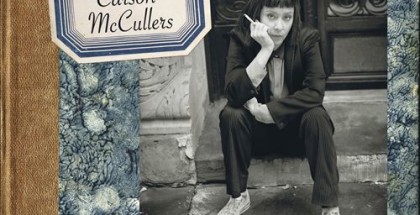 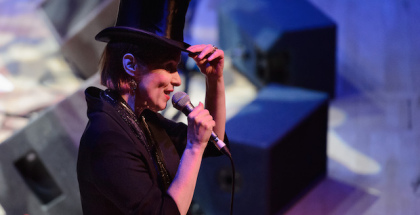