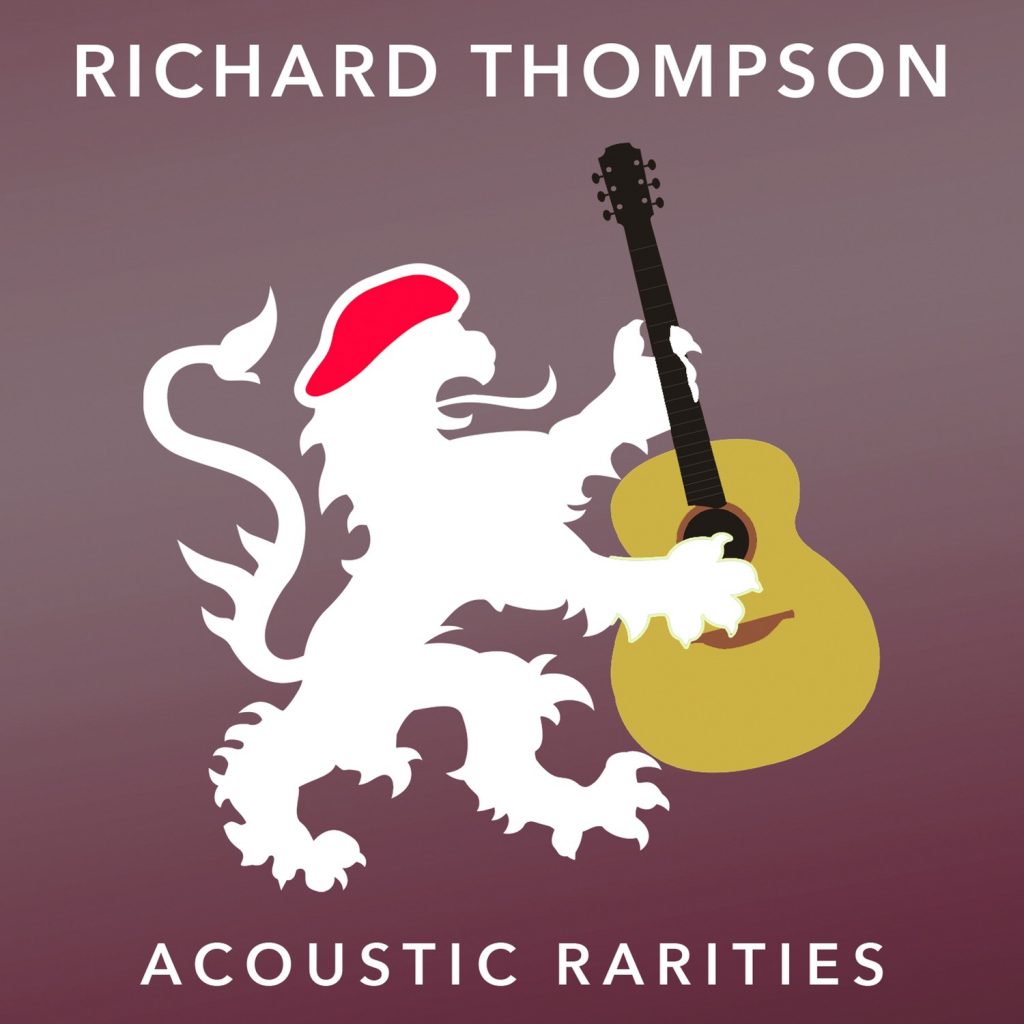 Critically acclaimed Richard Thompson was recently named by Rolling Stone as one of the Top 20 Guitarists of All Time. His numerous awards include Lifetime Achievement Awards at the BBC Folk Awards and the Americana Music Association Awards. In 2011 he was appointed OBE in the New Year Honours List.

Published on Beeswing, Acoustic Rarities complements Richard Thompson’s two volumes of Acoustic Classics from 2014 and 2017. It was released on October 6th in advance of his UK tour. The album concentrates on some of his more obscure material and includes recordings that have never previously been released together with some that have only previously been heard as cover versions.

The abrasive and playful ‘What If’ is followed by ‘They Tore The Hippodrome Down’ , a sad tale of an elderly man’s voyage through a landscape that’s no longer the same. Delightful ‘Never Again’ was originally released in 1975 on the Richard & Linda Thompson album Hokey Pokey. ‘I’ll Take All My Sorrows To The Sea’ is an impressive acoustic version of a song which was part of a chamber orchestra song suite with the Idyllwild Arts Academy Orchestra.

In ‘Alexander Graham Bell’, previously unreleased, Django Reinhardt style jazz contributes to lyrics that explore the multiple talents of the Scottish inventor and we’re reminded that “Edison made cylinders but Bell made records flat”, for which record collectors have been endlessly grateful. ‘Sloth’ is an enjoyable reinterpretation from Fairport Convention’s Full House album in 1970 and ‘She Played Right Into My Hands’ looks entertainingly at games played in a relationship.

This is another memorable and powerful album from eclectic and versatile Richard Thompson. There’s fun and melancholy to his warm, dark and earthy songs. Their depth and richness leaves you wanting more.

Another memorable and powerful album from eclectic and versatile Richard Thompson.