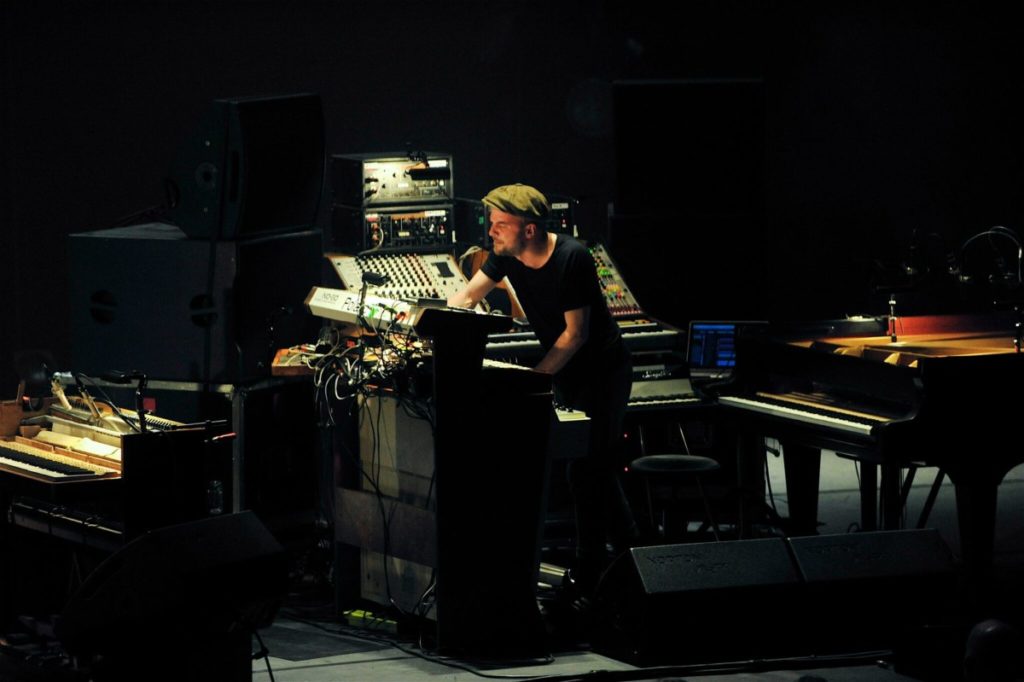 A dimly lit stage and the eerie tones of a harmonium kicked off Nils Frahm’s final of four shows at London’s, Barbican. ‘The Whole Universe Wants To Be Touched’ lead straight into ‘Sunson’, imitating the opening tracks of his most recent record ‘All Melody’, which was released on 26th January; an album I’ve listened to more this year than all other albums put together. The anticipation I felt in the Barbican was fitting. I have never had the chance to see Frahm live before so I had been counting down the days.

A classically-trained, uber-tech-geek German pianist, composer and producer, Frahm’s music has no genre that awards a reasonable interpretation of the complex and beautiful inventions he creates. His compositions demonstrate an incredible ability for emotive storytelling. As a music listener whose psychological emotions are rarely manipulated, I find Frahm’s instrumentals far more stimulating than any lyric and the live experience only enhanced that. The tracks ‘Fundamental Values’ and ‘My Friend the Forest’ evoked head to toe chills which I wholly surrendered to. The microphones picked up an earthy and dusty quality from the upright piano giving me the impression I was sat inside the instrument. There’s something so charming about real pianos, I think hearing the full spectrum of harmonics tickles my brain. Nils Frahm mentioned in an interview with The Quietus: “…if I weren’t a musician I’d have done something with psychology. I’m interested in how human beings react in certain situations, and what music does to people’s emotions.” The first time I sat down to listen to ‘All Melody’ I felt so emotionally manipulated. I’d offer myself as a human subject for the next experiment on aesthetic chills, just play me Nils Frahm.

Now a month into his European and US tour, Frahm joked about the expectation for his opening show at Funkhaus Berlin, where friends and family rushed to get tickets unaware of the teething problems that were bound to occur at the debut show with a set up as complicated as his. I admired his honesty and the audience enjoyed his witty self-deprecation. He had a hugely complicated setup, along with the harmonium, he had a grand piano with the lid off, a modified upright piano, a Juno, a Rhodes, tape delay machines, modular synths, a loop pedal, amongst other equipment. I think I counted 9 different keyboards. 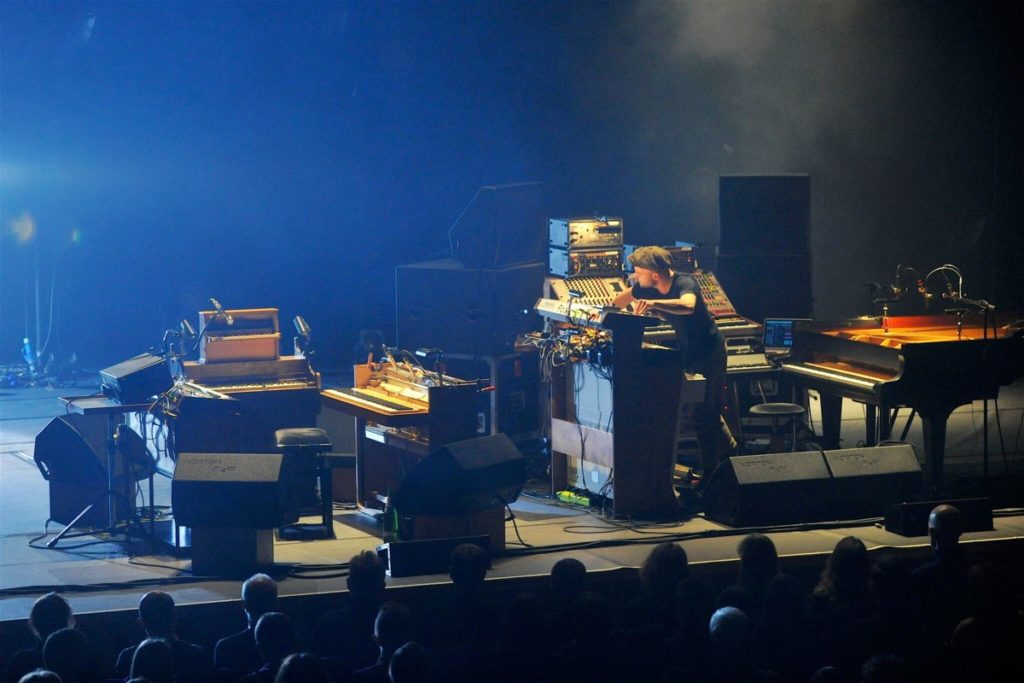 Next up we had ‘Familiar’ from his 2011 album, ‘Felt’, which built slowly from acoustic instruments merging layers upon layers of keys. ‘Human Range’ broke into an ethereal introduction, manipulating the electric organ to sound like a sort of pan flute. Frahm added a chorus effect which was an effective replacement of human chorus in the recording. A really interesting mix of timbres. Back to one keyboard for ‘Forever Changeless’, keeping the order of the record, then heading down the modular brick road into ‘All Melody’. I love this track, particularly the arpeggiator rhythm intertwining with Frahm’s fast finger work. Harmonically quite manageable, the track takes you on a journey to somewhere between trance, IDM and techno showing the effect Berlin has had on Frahm’s classical training. Shuffle would be a sin on this record as the tracklist is so elegantly arranged, so I appreciated that the set list followed suit for at least part of the show. Keeping the tempo up Frahm reset the oscillators, bending pitch to introduce the rhythmic pattern of ‘#2’. A slow build into this track kept apprehension high but concluded with the entire Barbican synchronised in a subtle head nod. Not quite the Jon Hopkins show at The Royal Festival Hall where shirts were off and seats were disregarded, but the intensity of the polyphony had everyone transfixed. I think ‘#2’ is my favourite from this record and probably Frahm’s most audacious track to date, 10 minutes of psychological flight.

Nils Frahm’s piano ability should surprise no one but his “flow” is very striking. The speed of his movement around the instruments was elegant and purposeful. I’m sure some would say he appeared erratic, but I found it hypnotising and oddly relaxing. To me, Frahm knew exactly where he was going throughout the show as if the whole two-hour set was pure muscle memory, totally consumed in focus. Undoubtedly, Frahm practised his Hanon exercises a generous amount as a child; I’d love to know what his typing speed is!

The final few tracks drew from his 2013 album ‘Spaces’ which was compiled from a “collage of field recordings” and ‘Solo’ which is a beautiful collection of piano pieces. ‘Solo’ was released for free in 2015 to coincide with Frahm establishing an official “Piano Day” on the 88th day of the year. A truly charming performance, I thought Frahm was very likeable which is normally hard to portray at a serious, instrumental concert. Every so often the microphones picked up Frahm humming or singing along, whether that was intentional or not I couldn’t say, but it was warming nonetheless. I loved how physical this performance was, it was knobs and dials galore without a screen in sight. Overall, an extremely enjoyable evening, I would go again tonight if I could. 5 stars.

AT THE DRIVE IN – Diamanté EP