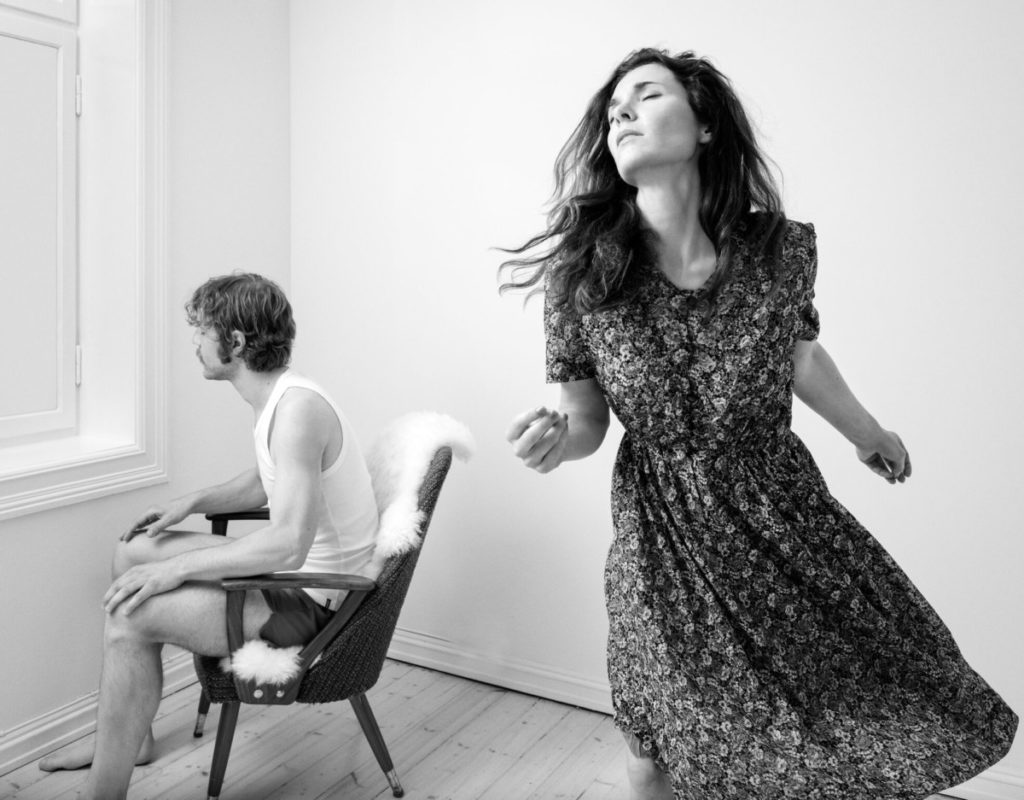 Band Of Gold. We are a Norwegian duo, Nina Mortvedt and Nikolai Hængsle based in Oslo. We just released our second album Where’s The Magic and are currently touring around Norway.

I’ve been passionate about music since I was a small kid inspired by my brothers who were in a boys choir. I was very early introduced to lots of different styles of music mostly within rock, pop, classic and jazz. But I think the day my brother came home with Around the World in a Day (Prince, 1985), the fire was lit for real. Since then it’s always been music. When it comes to genre, I feel very free when I write music, and I know that Nikolai does too. These last two albums can be categorised as pop. The next one could be different.

We released our debut album in the fall of 2015 and ended up earning the Phonofile Nordic Music Prize for that album. I must admit that I’m very proud of that. We’ve also been blessed with overwhelming reviews for that album and now for this new release. But when listeners tell us that our music expresses something that they recognize in themselves without being able to put it into words, that’s when I feel we’re onto something.

We are focused on making the best possible live versions of the songs, and try not to simply recreate the album versions. Very little is on tracks. Lots of backing vocals within the band, and we like to let the songs take new turns, play around with them, and then come back to the original again. This makes it fresh for us too.

Physical whenever possible! Nikolai has a huge vinyl collection and I’m working on mine. We definitely prefer that our audience listens to the vinyl, and they seem to as well! But we’ve included a high quality download in the sleeve so that you can bring the high quality versions with you.

It is a shame that things have turned out the way they have when it comes to streaming vs buying music. It’s great that music has become available worldwide like it has. But as an artist it is of course incredibly frustrating to earn nothing whenever people listen to our music. This is such a difficult matter, and I find it hard to say anything about it without sounding bitter… I get so frustrated I’m short of words. That being said, we do have an audience that tends to buy our music in addition to streaming and we really appreciate that. But the way the streaming industry works has to change.

We’ll see what happens next, time will show! We’ll be playing some festivals in Norway this summer. Both Nikolai and I will be playing with the excellent Susanne Sundfør as well. And of course there is new music in the making. In Band of Gold each song decides with whom and how they need to be recorded. We have some pretty cool plans in that regard, but we are not going to reveal them quite yet.

Questions answered by: Nina Mortvedt of Band Of Gold…