Machine du Vin Festival Announced in the South of France 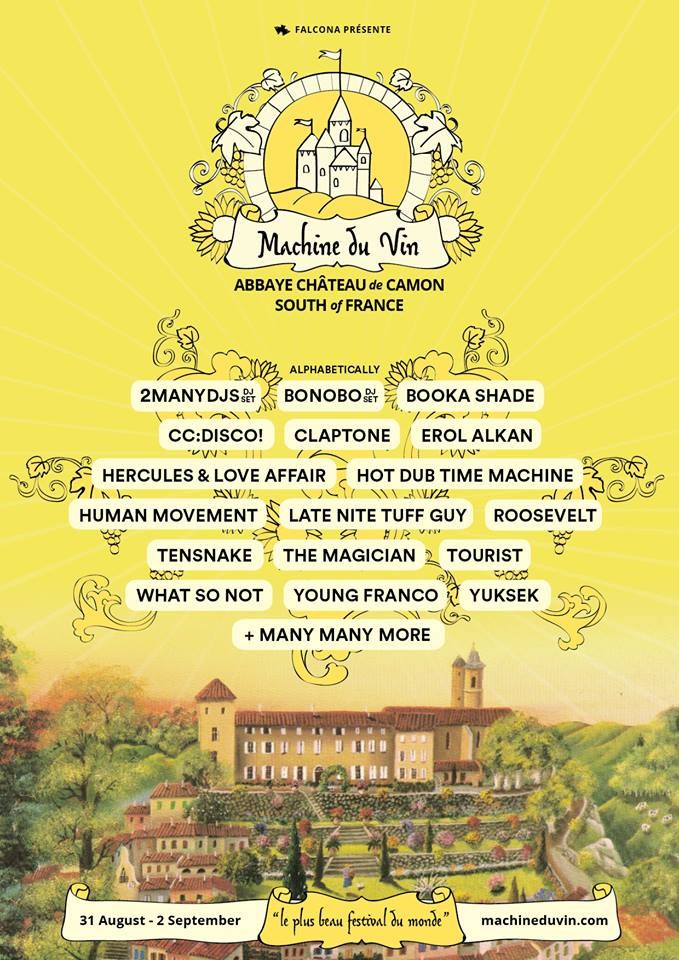 Bonobo, 2manydjs, Hercules & Love Affair, Tourist, and many many more announced for new concept festival, Machine du Vin, in the South of France:

Having attracted nearly 100,000 patrons to vineyards across Australia over two successful seasons, Australian juggernaut Wine Machine has now set its sights on the most famous wine nation in the world – France

An innovative smorgasboard of European, American, and Australian acts are set to don their berets to join the champagne-fuelled French festivities at Machine du Vin.  One of the most celebrated acts in Europe, Bonobo (DJ Set) delivers one of the biggest and most subtle electronic music performances you can get. Expect to hear some classic moments from his rich releases from #1 albums such as The North Borders and Migration in a DJ set that will move your heart as well as your feet. The lush fields, castle surrounds and starry skies of Machine du Vin provide the perfect environment to experience Bonobo’s majesty.

From across the Atlantic, Machine du Vin welcomes NYC’s Hercules & Love Affair, who in 2018 celebrates 10 years of his lavish DFA Records debut. Grammy-award winning electronic producer Tourist will perform his sprawling, experimental blissful house release U. Australian DJ maestro Hot Dub Time Machine, the man behind the “best dance party on the planet”, will send the Chateau into a spin. A generous spread of deviant disco is on offer Australia’s Late Nite Tuff Guy and Reims wizard Yuksek, as well as female disco connoisseur CC: Disco! Nu disco genius and Coma Cat producer Tensnake, club-starter Young Franco from Sydney, and Caribou-inspired Balae producer Roosevelt, round out this superb line up. 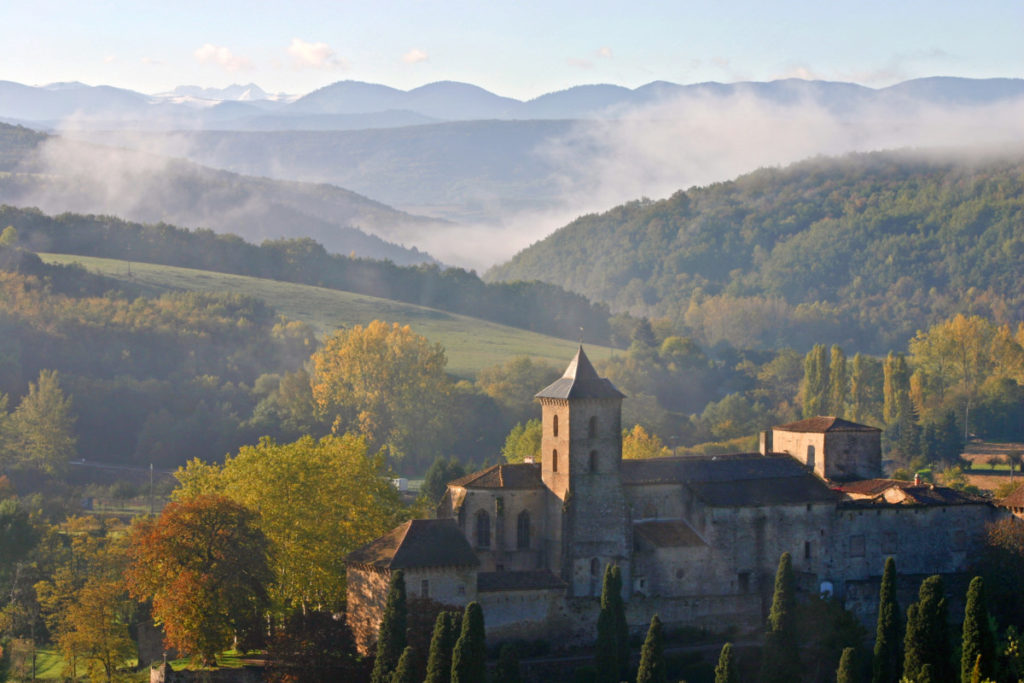 The Midi-Pyrenees region, of which Machine du Vin’s home Camon is part, is awash with beauty and history. A realm of breathtaking landscapes await Machine du Vin’s intrepid pilgrims – from rolling hills covered in grapevines and sunflowers alike, to quaint farms, subterranean caves, underground rivers, valleys, and turreted châteaux hidden among the forests. Machine Du Vin’s town centre, the medieval village of Camon, epitomizes the post-card perfect fairy tale image of French charm – and will truly capture the heart. Its ensemble of stone buildings are built in the style of a 15th Century royal fortress. As you seek out its traditional boulangeries, you’ll tread in the footsteps of monks, soaking up the peaceful reverence of this former Abbey, whose air is perfumed with the scent of over 100 rose bushes, that hug its cobblestone walls.

Rising from the perfectly manicured vineyards of Camon are the turrets of the L’Abbaye-Chateau de Camon – the jewel in Camon’s crown – a Disney-like castle, that stands proud and beautiful – a symbol of 1,000 years of French history. The fully-restored castle’s rich interiors are of the extravagant Belle Epoque style, replete with painted ceilings, drapes and 18th Century furnishings. The magnificence of this estate must truly be seen to be believed – and will the form a most extraordinary backdrop for the weekend’s festivities.

Machine Du Vin has tailored a refined experience that goes beyond the dancefloor, an opportunity to really experience life a la Française. Key amongst the attractions are wine stomping, Long Table Lunches, river liloing and a wealth of sunset surprises – what a pleasure it will be to watch the skies blush pink as the sun sets over the rolling hills of the Southern French vineyards… sipping vintage wine local to the region…grapes crushed by the hands of local wine producers. In order to truly savour their surroundings, festival goers are invited to glamp or camp on the Chateau’s grounds, waking up each morning to fresh croissants and French-press coffee greeted with the sounds of birdsong and bright blue skies.

Machine du Vin’s carefully curated line-up, unsurpassable location and experiential offerings immediately establishes the event as one of the most attractive boutique festival experiences on offer on the European party circuit this 2018 summer. Say organisers: “Machine du Vin is a dream we’ve had for a very long time. Our Wine Machine events have taken place in some of the most breathtaking Australian wine regions, but nothing can compare to the absolute majesty of the South of France. We really have found the most magnificent spot in the world and can’t wait to go on a three-day French adventure with you come August.”