DAVID CROSBY – Here If You Listen 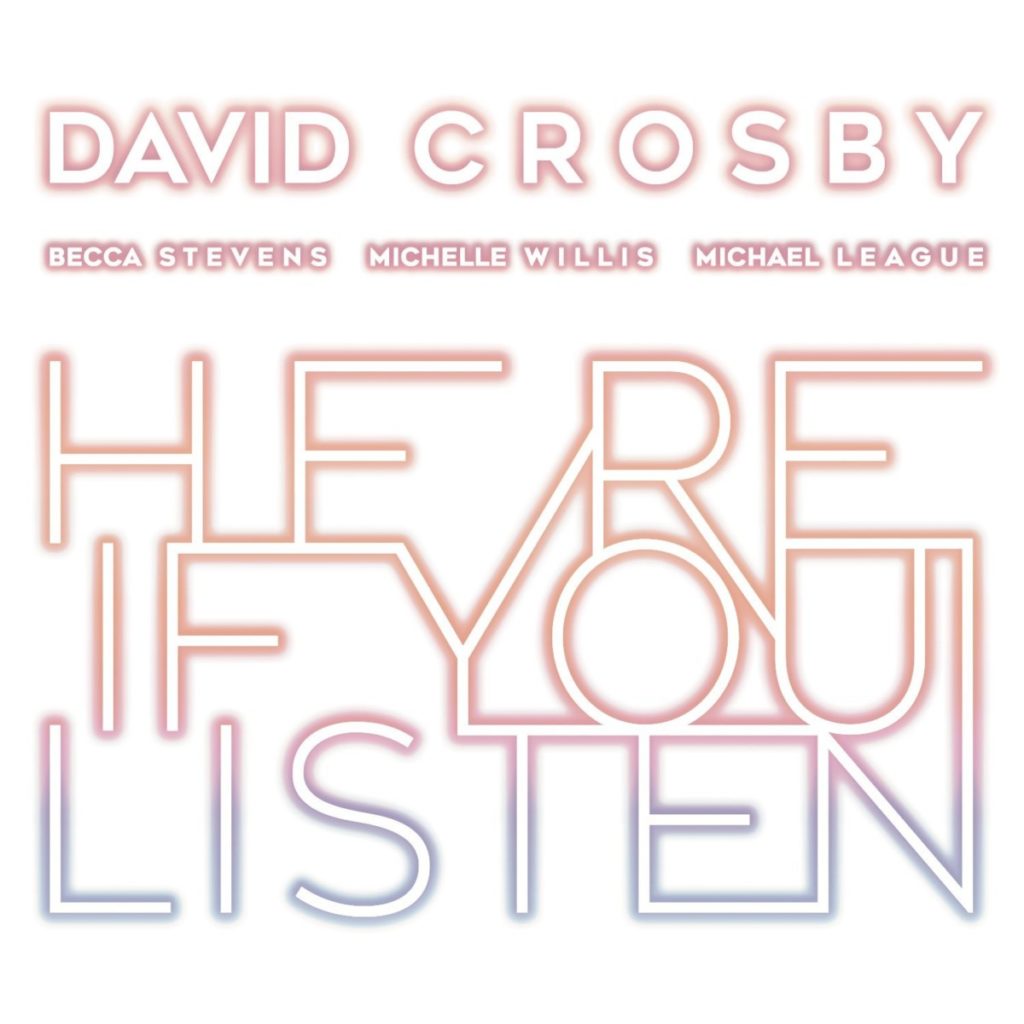 “If leaving a group like Crosby, Stills & Nash was like jumping off a cliff, then finding the Lighthouse Band was like growing wings halfway down”, reflects the legendary singer-songwriter David Crosby.

Once co-founder of Crosby, Stills, Nash and Young, David Crosby’s seventh album Here If You Listen is his fourth in just four years. Here he joins a collective with Becca Stevens, Michelle Willis and Michael League, three members of his Lighthouse Band who also appeared on his 2016 album Lighthouse. All four share lead vocals and contribute to songwriting on the album which was released on October 26th, 2018 via BMG.

The beautifully breezy ‘Glory’ begins the album, whilst meditative ‘Vagrants Of Venice’ presents a haunting doomsday vision of the Italian city after climate change. ‘1974’ is the completed version of an early fragment of a song which suggests that “if you don’t like the story you’re in, pick up your pen and write it again”.

Reflective and spiritual ‘Buddha On A Hill’ is followed by ‘I Am No Artist’, a shimmering melody by Becca Stevens with lyrics from the late poet and author Jane Tyson Clement. The dreamy and impressionistic ‘1967’ is another completed fragment, updated to reference the horrors of the Parkland shootings in Florida earlier this year.

‘Other Half Rule’ questions the world of “Blind Men”, “Rocket Man” and “Little Hands” and considers whether women could run our planet better. An elegant and emotional cover of ‘Woodstock’, Joni Mitchell’s counter-culture anthem, looks at how an idyllic world might be.

Here If You Listen combines folk, jazz and acoustic music and the individual vocal styles merge to create some gorgeous harmonies. These are songs with insight that are rich, intricate and adventurous.

These are songs with insight that are rich, intricate and adventurous.

How to Earn Money by Teaching Music Online