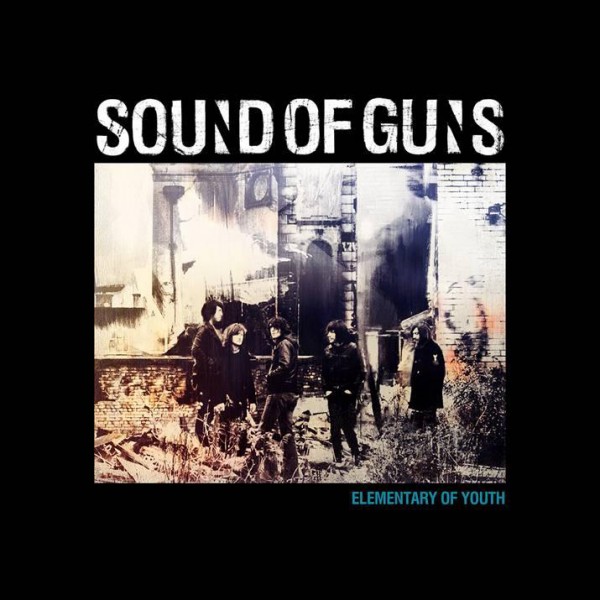 Liverpool’s Sound of Guns are making headway since first causing a noise as part of the BBC’s ‘Introducing’ sessions last year and will now release a new Chris Potter (U2/Verve)-mixed single ‘Elementary of Youth’’ on September 20th through Distiller Records. The track will be available on 7” single / digital download and includes a new song, ‘Silent Canon’.

Written and produced themselves in their Penny Lane studio, the five-piece perfectly show off their big raucous eclectic styles on this record. The single is taken from their recently released debut album ‘What Came From Fire’ and has lofty ambitions on being the one that breaks them to the mainstream. Their previous single ‘Architects’ was play-listed on daytime Radio One and XFM. The track was also ‘Single of the week’ on Greg James radio One show.

After a summer of festival appearances (including an ‘eventful’ trip to Mallorca Rocks with The Courteeners),  Sound of Guns are set to prove their rock credentials at this year’s Reading (August 29) and Leeds (August 28) before heading out on a headline tour and a run of dates with Detroit Social Club this Autumn.”

Already tipped for great things from the likes the Guardian, NME and Q, frontman Andrew Metcalfe aims to sell their music as being not-your-average Scouse sound. He says: “We didn’t have any boundaries – I love the Coral, and the La’s and bands like that – but in terms of the music we wanted to make, that sound didn’t really appeal to us. We were all into The Walkmen, for example, who make a big noise. They are also big on Led Zeppelin and The Doors, amongst others.  I think people were expecting this typical Liverpool band, and that’s why people became interested so quickly, people seem to connect with the choruses.”

Sound of Guns are set to tour with Detroit Social Club (gigs marked*) in October and all live dates coming up are:

Savoir Adore – In The Wooded Forest