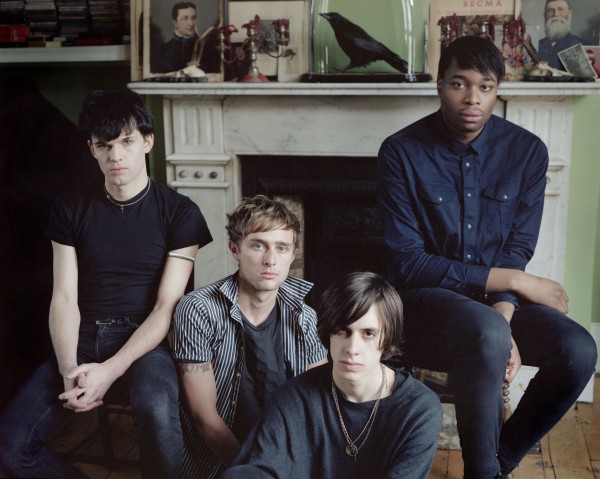 O.Children, Factory Floor plus more to be announced will play at Hush event at the Royal Albert Hall’s Edgar Room on October 6th.

AAAmusic is giving away a pair of tickets for the event!! To enter, simply email to win@aaamusic.co.uk – subject “Hush” with your name and the name of your guest.

Hush makes its much anticipated return to the Royal Albert Hall’s Elgar Room on Wednesday 6 October 2010. Following a successful run of shows in the room during 2010 including the Late Night Jazz series, Classical Coffee Mornings, flute beatboxing and flamenco dancing, the Royal Albert Hall has combined with Rough Trade Shops to bring the dark, new wave sounds of O.Children, the electronic tones of Factory Floor to the stage for the next instalment of this popular series.

Continuing the Hall’s commitment to supporting up and coming and breakthrough UK talent, hush in association with Rough Trade Shops offers new artists the opportunity to play the recently renovated 350 capacity Elgar Room whilst also introducing a wider and more diverse audience to the venue.

The fast-rising East London quartet O.Children will top the bill on Wednesday 6 October. Already the toast of this summer’s festival season thanks to stunning performances at Glastonbury, Latitude and Lovebox, they have just released their self-titled debut album and seen their latest single ‘Ruins’ become the itunes single of the week at the beginning of August. Led by frontman Tobi O’Kandi, who at 6ft 8” has complete command of the stage, each member brings something different to the mix with their varying degrees of attitude, fashion and style. Their sound has been described as young, dark new wave pop, making them an exciting live prospect.

Also performing on the night will be the London based trio Factory Floor. They have already released an untitled, limited edition 10” and download mini album this spring which was awarded a 9/10 review from NME and has already seen a series of remixes from a variety of musicians and DJs including Stephen Morris from New Order. Their live shows have been enthusiastically received and hush audiences will witness one of their intense, visceral performances.

The hush series preserves the Royal Albert Hall’s status as both an inclusive and accessible venue and one with the versatility to transcend the cultural generations. Having launched in February 2008, hush has seen a succession of emerging artists perform on its stage including Little Boots, Johnny Flynn, Cocknbullkid, Ben Onono, Roxy Rawson, Orphans & Vandals, Alan Pownall, Slow Club and Pete and the Pirates. Earlier this year, it saw Peggy Sue, Anna Calvi and The Rural Alberta Advantage perform to great success.

Mark Pearse, Programming Executive at the Royal Albert Hall, said ‘As part of our new programming initiatives and since Hush launched in 2008 we have constantly strived to support up and coming artists and give them a platform in the music industry. We are thrilled to welcome these three fantastically talented acts, for our second Hush gig of 2010, in what will be a great night of live and innovative music’.